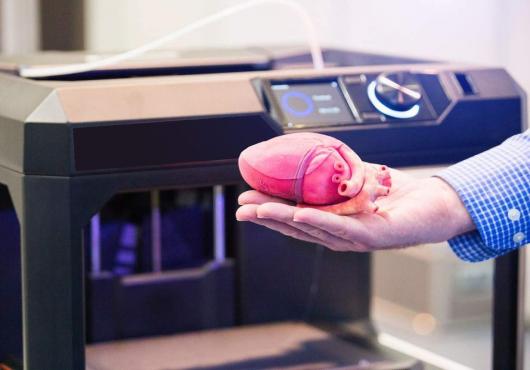 Conventional manufacturing techniques such as molding, casting, and machining result in a major loss of raw material, are time-consuming and are highly cumbersome to form complex geometries. Rapid strides made in technology have led to the advent of 3D printing, which undeniably is a highly disruptive technology expected to gain significant momentum over the following decade. Apart from its wide application for recreational and personal applications, the technology is expected to revolutionize the healthcare sector. What makes the technology so groundbreaking is that it allows for a granular level of customization as per unique patient requirements?

High Versatility and Flexibility of 3D Printing: From Medical Equipment to Artificial Organs

3D printing allows for the use of various raw materials, a quality that is being leveraged by various healthcare providers, especially for intricate and highly critical reconstructive procedures and lifesaving procedures.  For instance, in January 2017, scientists at the Universidad Carlos III de Madrid (UC3M), CIEMAT (Center for Energy, Environmental and Technological Research), Hospital General Universitario Gregorio Marañón, in collaboration with the firm BioDan Group developed a prototype of a 3D bioprinter that can create fully functional human skin. Back in March 2014, neurosurgeons successfully implanted a 3D-printed skull by replacing the top of the damaged skull of a patient in the Netherlands. 3D printing helps doctors significantly reduce various operational threats involved during complex procedures and greatly decreases the risk of infection, duration of anesthesia exposure, patient stress and allows for higher patient outcomes. These factors are influencing players in the healthcare sector to make major investments in research and development to further explore the applications of the technology to save precious human lives and also, significantly decrease costs of extensive surgeries. This creates a highly conducive growth environment for the adoption of 3D printing in the healthcare sector which is projected to experience a high growth rate of 25.3% during 2016-2024, from the US$ 200 million that it was pegged in 2015.

According to the report titled "Global 3D Printing for Medical Sector Market, By Technology (Electron Beam Melting, Laser Beam Melting, Droplet Deposition, and Photopolymerization), By Application (Tissue Engineering, Surgical Implants, Healthcare Wearable Devices), By End User (Pharmaceutical and Biotechnology Companies, Medical Devices Companies, Academic and Research Institutions), and By Geography - Trends and Forecast till 2024" published by Coherent Market Insights, the market for 3D Printing for Medical Sector is expected to surpass US$ 1.1 billion by the end of 2024 at a robust CAGR of 11.7% during 2016–2024. 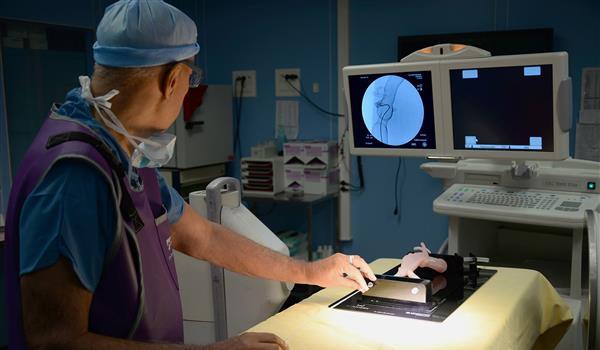 The last decade has witnessed a spurt in life-threatening chronic conditions such as chronic kidney disease (CKD), necessitating the need for organ transplant surgery. As per stats released by the American Kidney Fund, kidney disease was the ninth leading cause of death in the U.S. As of 2015, a staggering 10% of the adult population in the U.S. suffered from CKD, with 9 out of 10 of these suffering from stage 3 CKD but unaware of the same. This leads to exorbitantly high demand for kidney transplant surgery. Moreover, as per the same source, around 29.1 million people in the U.S. suffered from diabetes in 2015, with around 40% of all diabetics projected to suffer from CKD at some stage. However, there’s a stark disparity in a number of available organ donors and the demand for organs for lifesaving transplantation surgeries, with 22 people dying each day waiting for a transplant. This further underlines the burning need of the hour to develop alternative path-breaking solutions to address the dire situation. 3D printing is one such revolutionary technology that shows much promise to alleviate the situation. Researchers and scientists are working on leveraging this technology to 3D print organs and other parts of the human body, and major progress has been made on this front in the recent past. For instance, researchers at the Jennifer Lewis lab at Harvard have developed a 3D-printed kidney tissue using bioprinting. In early 2016, a three-year-old girl from Northern Ireland became the first reported to have received an adult kidney transplant using 3D printing.

Developed regions of North America and Europe are among the early adopters of 3D printing for the medical sector, given the high healthcare spending and robust supportive infrastructure in these regions. High costs associated with 3D printing devices currently dissuade adoption of the technology in emerging economies such as India, China, and Brazil. However, the benefits of the technology far outweigh the high capital investment, something that is expected to decrease significantly with the increasing focus of players in the market on the introduction of cheaper products.
This, along with increasing government support across major economies such as India to improve the healthcare infrastructure are expected to position the Asia Pacific as a high growth market in the not-so-distant future.

Mankind is at the brink of a healthcare revolution, thanks in part to 3D printing. We have only just skimmed the surface of the true potential of this game-changing technology, with extensive research and development directed at exploring the other avenues of application assured to pay rich dividends.