Press Release: Aircraft Cabin Interior Market Is Expected to Witness CAGR of 3.0% During the Forecast period (2019-2027)

Aircraft Cabin Interior Market Is Expected to Witness CAGR of 3.0% During the Forecast period (2019-2027)

According to International Air Transport Association (IATA) report, 2015, number of passengers traveling by air increased to 3.4 billion passengers in 2015 from 3.3 billion passengers in 2014, registering a growth of 3%. Furthermore, the high growth of tourism industry, rising international travel, higher disposable income, competitive ticket pricing, and a significant reduction in traveling time are compelling consumers to opt for air travel than other modes of commute. This, in turn, is influencing airline carriers to deploy new aircraft and thereby drive the growth of the global aircraft cabin interior market.

Long-haul flights or long-distance non-stop air travel of over seven hours of flight time has increased significantly in the recent past. This is owing to increasing traveling range of aircraft, which leads to shorter travel times and fewer transit complications. However, a long-haul flight can lead to various health complications such as fatigue, restlessness, jet lag, and overall discomfort for passengers. Airline carriers are focused on enhancing passenger comfort, which in turn, is increasing adoption of comfortable, highly customizable, and technologically advanced cabin interior systems to replace the existing conventional systems. The practice of fitting more comfortable and soothing aircraft cabin interior products in long haul flights is expected to support growth of the global aircraft cabin interior market over the forecast period. 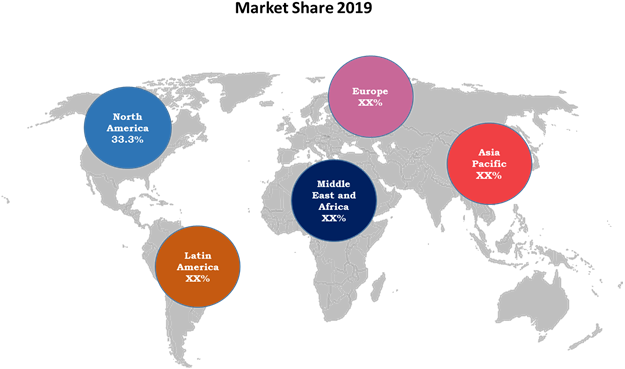 Large aircrafts comprising double decks and two aisles require higher number of aircraft cabin interior products. Naturally, number of monuments such as overhead bins, lavatories, galleys, and lighting systems are much higher than that of narrow-body aircraft. Airline carriers whose fleet comprising mostly of narrow-body aircraft generally tend to increase passenger capacity of aircraft by utilizing space taken up by these galleys and lavatories. Hence, demand for these galleys is expected to decrease, as cost of a single galley is much more than that of a row of seats, which is in turn, is expected to restrain the market growth.

Emerging economies such as South Africa, India, and China have a limited number of profitable airlines. This is primarily due to low purchase power and constant preference for conventional methods of commute such as railways and buses. This, in turn, is expected to hinder growth of the global aircraft cabin interior market growth over the forecast period.

The global aviation industry is growing at a steady pace though there is intense competition among major airline carriers. These airline carriers make extreme efforts to increase passenger share by including more destinations, providing competitive prices, and refurbishing aircraft frequently. For instances, Thomson Airways cabin structure to accommodate the whole family, Air New Zealand’s SkyCouch, a row of three economy seats that together create a flexible space, and Etihad Airways ‘The Residence’, a three-room suite which has living room, bedroom, and shower room, has led to frequent customization and replacement of aircraft interior products. Moreover, on average, airline carriers replace their cabin interior products every 3 to 5 years to provide a new look and feel their aircraft.

First class and business class passengers receive special features and amenities such as personalized in-flight entertainment and communication systems for comfort and convenience. Until recently, amenities in economy class segment were kept to a bare minimum. However, rising competition in the global airline industry is compelling airline carriers to offer communications systems and in-flight entertainment in the economy class seating, in order to attract more passengers. For instance, certain airlines such as FlyDubai offer these amenities for a small pre-paid fee.

Aircraft cabin interior differs as per the distance of the aircraft it will travel. For instance, long haul carriers are equipped with cabin interiors that are vastly different from medium- and short-haul carriers. Long-haul aircraft have passenger-centric cabin interiors, in order to enhance comfort and decrease fatigue with focus on ambient lighting, entertainment systems, and multi-functional galleys and seats. On the contrary, short-haul aircraft are designed in such a way that it increases passenger count without disturbing the comfort. In such cases, lightweight and thin construction of seats is being implemented in many short-haul budget airlines, while lighting, entertainment systems and galleys serve more as a functional aspect rather than a luxury. For instance, the ‘Space Bin’ concept was introduced by Boeing to increase the capacity of overhead storage systems by 40%. Alaska Airlines is the first airline carrier to adopt this concept, in which the overhead storage bins are made slightly taller so as to accommodate a hand luggage placed in an upright position. 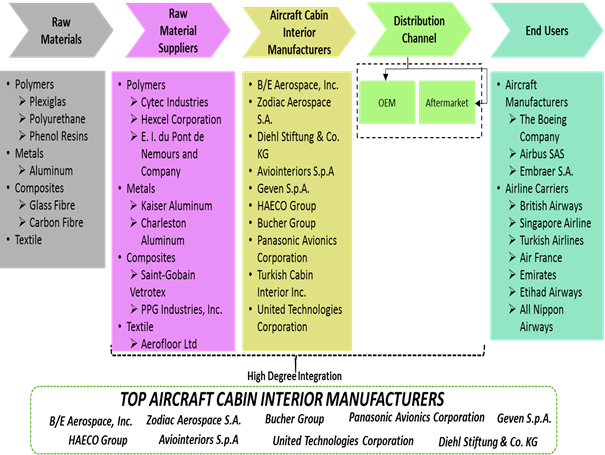 In global aircraft cabin interior, by application segment, the Galley sub-segment dominated the global market in 2019, accounting for 35.8% share in terms of value, followed by seating system, equipment’s & system and cabin & system respectively. 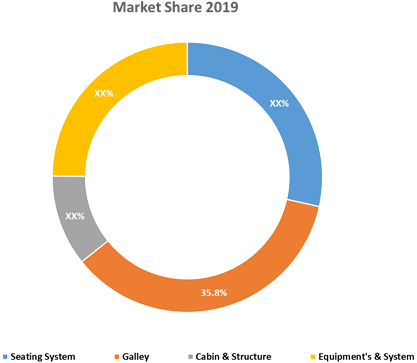 Cabin interior is an essential part of aircraft system. People are ready to spend huge amount of money on comfort cabins. For Instance, according to coherent market analysis around 64% of revenue came from business class. This stat conforms that peoples are willing to spend on luxurious cabins and facilities.  Another factor which is driving the global aircraft cabin interior market is increasing long distance air travel. Long-haul flights or long-distance non-stop air travel of over seven hours of flight time has increased significantly in the recent past. Thus airlines all over the world are focusing on providing more comfortable journey to long distance travelers. This also help airline companies to remain in the competition.

However, there are some restrains to global aircraft cabin interior which includes lack of profitable airlines in emerging economies. People across developing countries such as India, South Africa are using Bus or train for travel. However, decreasing air travel cost in these countries may reduce this restrain over time.

What are the growth estimates for aircraft cabin interior market till 2027?

Which are the prominent aircraft cabin interior market players across the globe?

What are the key factors hampering growth of the aircraft cabin interior market?

Lack of profitable airlines in emerging economies is one of the major factors that is expected to hamper growth of the market over the forecast period.

What are the key factors driving growth of the aircraft cabin interior market?

Growing preference of consumer for air travel is one of the major factors that is expected to propel growth of the market over the forecast period.

What is the Compound Annual Growth Rate (CAGR) of the aircraft cabin interior market for next 8 years?

The global aircraft cabin interior market is estimated to exhibit a CAGR of 3.0% during the forecast period (2019-2027).

Which region held the largest market share in the aircraft cabin interior market?

Among regions, North America is expected to hold a dominant position in the global aircraft cabin interior market in 2019, accounting for 33.3% share, in terms of value, followed by Asia Pacific, Europe, MEA and Latin America, respectively.

Air transport is the fastest mode of transport compared to road, rail and marine transport. Due to the incre...