Cathepsin B is a cysteine protease that is primarily found in the lysosomes of normal cells, but it is secreted or associated with the plasma membrane of many transformed cells. It is found in all animals and other organisms, and performs a key role in cellular protein turnover. The cathepsin family includes serine proteases, aspartic proteases, and cysteine proteases. The aspartyl protease class is composed of cathepsins D and E. The cysteine protease class comprises of cathepsins B, L, H, K, S, and O. Currently, there are no approved cathepsin inhibitors in the market, however research is underway for the development of novel cathepsin inhibitors for treatment of various conditions such as cancer, traumatic brain injury, Ebola infection, and others.

Anti-cathepsin B is also used in screening kits for diagnostic purposes. Antibodies of cathepsin B are used that recognizes an epitope on the heavy chain of mature Cathepsin B and therefore detects both mature and pro Cathepsin B. The anti-cathepsin B antibodies are used for ELISA, western blotting, flow cytometry and other screening purposes. It can be used to screen diseases like demyelination, emphysema, rheumatoid arthritis, and neoplastic infiltration.

The COVID-19 pandemic has significantly augmented demand of anti-cathepsin B market. The spread of coronavirus is positively impacted the anti-cathepsin B market as the antibodies are expected to potential cure for COVID-19. For instance, according to data published in the Journal of Clinical Medicine Research on 5th May 2020, acute respiratory syndrome coronavirus 2 (SARS-CoV-2) binds to angiotensin II receptor in different tissues of the body, especially in the mouth cavity and the tongue and the skin. Therefore, it needs the serine protease, transmembrane serine protease 2 (TMPRSS2) for cell entry. Cathepsin L/B (CTSL/CTSB) plays an important role in a second pathway, the endosomal pathway. Hence, anti-cathepsin B treatment may provide potential solutions for coronavirus treatment. 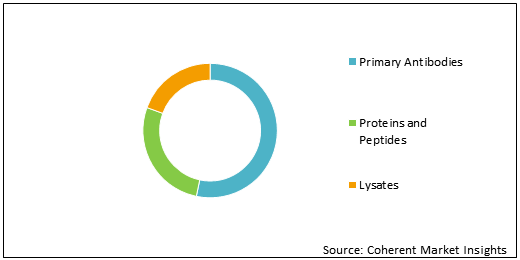 Anti-cathepsin B is expected to be useful for treating other conditions such as cancer, traumatic brain injury, Ebola infection, fertility problems, and others. Therefore, the increasing prevalence of such diseases is expected to boost the anti-cathepsin B market growth over the forecast period. For instance, according to the GLOBOCAN 2018 database, the global cancer burden is estimated to have risen to 18.1 million new cases and 9.6 million deaths in 2018. As per the same source, one in 5 men and one in 6 women worldwide develop cancer during their lifetime, and one in 8 men and one in 11 women die from the disease.

Furthermore, the anti-cathepsin B market is expected to witness significant growth in the near future owing to the increasing research and development activities. For instance, the report titled “Cathepsin B is a New Drug Target for Traumatic Brain Injury Therapeutics: Evidence for E64d as a Promising Lead Drug Candidate” published in Frontiers Neurology Journal in September 2015, showed supporting evidence for cathepsin B, a cysteine protease, as a potentially important drug target for traumatic brain injury (TBI). Cathepsin B expression is greatly up-regulated in TBI animal models, as well as in trauma patients.

Chemical inhibitors of cathepsin B are effective in improving deficits in TBI and related injuries including ischemia, cerebral bleeding, cerebral aneurysm, edema, pain, infection, rheumatoid arthritis, epilepsy, Huntington’s disease, multiple sclerosis, and Alzheimer’s disease. The inhibitor E64d is unique among cathepsin B inhibitors and is the only compound to have demonstrated oral efficacy in a TBI model and prior safe use in human and is an effective tool compound for preclinical testing and clinical compound development.

The North America anti-cathepsin B market is expected to hold a dominant position in the global cathepsin inhibitors market owing to the high prevalence of conditions such as cancer and traumatic brain injury which will increase demand for novel treatment approaches such as anti-cathepsin B in this region. For instance, according to data published by the National Cancer Institute, in 2018, around 1,735,350 new cases of cancer will be diagnosed in the U.S. and around 609,640 people will die from the disease.

Furthermore, a wide range of anti-cathepsin B products offered by key players is expected to accelerate the growth of the anti-cathepsin B market in the near future. For instance, Merck KGaA a Germany-based pharmaceutical, chemical and life sciences products company offers various anti-cathepsin products under the Calbiochem brand. The Cathepsin B Inhibitor II controls the biological activity of Cathepsin B. This small molecule/inhibitor is primarily used for Protease Inhibitors Techniques. The company also offers diagnostic products such as Cathepsin B Inhibitor Screening Kit which is a simple assay for screening potential inhibitors of CTSB (cathepsin B). 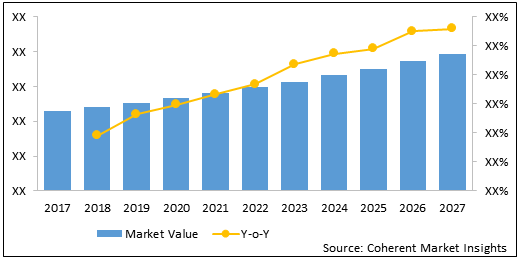 Anti-Cathespin B antibodies are majorly used for treatment of disease conditions such cancer, traumatic brain injury, Ebola infection, fertility problems, and are currently under research for treatment of SARS-CoV-2. Cathepsins play an important role in protein degradation and processing. Aberrant cathepsin B or L is closely associated with many diseases such as cancer, osteoporosis and autoimmune disorders. Therefore, development of potent and selective cathepsin B and L inhibitors has generated much attention in recent years. Although, several classes of cathepsin inhibitors are presently available, there are still some problems to solve such as a broad-spectrum inhibition to protease, especially cysteine proteases, which lead to unpredictable side effects in clinical trials.

The increasing research and development of anti-cathepsin B antibodies is expected to contribute to the anti-cathespin B market growth over the forecast period. For instance, according to the Springer Nature Journal’s report of July 2017, the effect of cathepsin B inhibitor, E-64, on developmental competency and cryo-survival of pre-implantation ovine IVF derived embryos was assessed. During the test, 1.0 μM of E-64 (Cathepsin B inhibitor) was added during day 3 to 8 of development of blastocyst in IVF derived embryos. And the results showed that the supplementation of IVC media with 1 μM E-64, an exogenous inhibitor of Cathepsins, improves quality and quantity of blastocyst formation. And hence, support the in vitro ovine embryos survival.

Furthermore, there are many developments in research of anti-cathepsin B antibodies. Many researchers are working on finding a cure with the help of anti-cathepsin B antibodies for diseases such as Alzheimer’s disease, rheumatism arthritis, tumor invasion and metastasis, inflammatory airway disease, chronic obstructive pulmonary disease, osteoarthritis, pneumocystis carinii, acute pancreatitis, and bone and joint disorders.

What is the compound annual growth rate (CAGR) of the market during the forecast period (2020-2027)?

What is the estimated market value of the anti-cathepsin B market in 2020?

Which are the prominent players operating in the anti-cathepsin B market across the globe?

What are the growth estimates for the anti-cathepsin B market till 2027?

What is the major region in the anti-cathepsin B market?

North America is the major region in the anti-cathepsin B market.

What are the key factors driving growth of the anti-cathepsin B market?

Regenerative medicines can be defined as ways for regrowin...

Bioreactors are bioprocessing devices that are used for bi...

Chimeric antigen receptor (CAR) T-cell therapy is a way to...

The coronavirus (COVID-19) outbreak was first reported on ...