Press Release: Asia Pacific Halal Cosmetics Market to reach around US$ 4.8 Billion by 2027

Asia Pacific Halal Cosmetics Market to reach around US$ 4.8 Billion by 2027

Growing concern over the transdermal nature of cosmetic products among the population is primarily fueling the growth of the Asia Pacific Halal cosmetics market. According to the Coherent Market Insights analysis, a survey revealed that 57.6% and 37.7% of consumers in Indonesia and Singapore respectively prefer halal cosmetic and personal care products over conventional cosmetics. Therefore, rising awareness regarding the transdermal nature of the cosmetic is propelling the Asia Pacific Halal cosmetics market.

On the basis of the region, Southeast Asia dominated the Asia Pacific halal cosmetics market in 2018, accounting for 61.6% share in terms of value, followed by South Asia and East Asia. 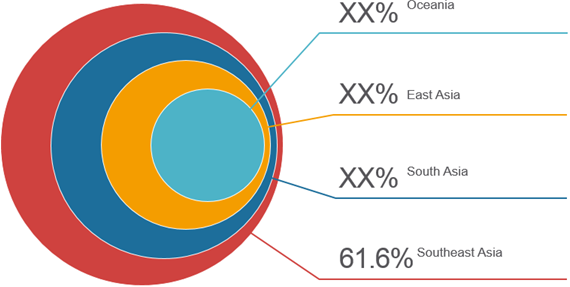 Trust issue in the integrity of cosmetic products owing to weak global halal standards and authentic certification bodies that regulate the use of ingredients in the cosmetic products is projected to hamper the market growth. According to the Coherent Market Insights analysis, there are 150 to 200 halal certification bodies globally; Malaysia has 45 such bodies, Indonesia has 40 and there are 52 across GCC countries.

Expanding middle-class population in the Asia Pacific is expected to offer immense growth opportunities to the market growth over the forecast period. According to the World Bank’s international comparison program in 2014, India overtook Japan as the world’s third-largest economy in terms of purchasing power parity (PPP) with a 6.4% share of the global GDP. Hence, the growing middle-class population will favor market growth.

Emerging advanced technologies to detect the presence of fats and gelatin is expected to create enormous growth opportunity to the market of halal cosmetic products. Gas Chromatography-Mass Spectrometry (GCMS) is an advanced technology that is widely used to detect the presence of any harmful chemicals and animal products. Hence, the launch of such detection technologies is expected to augment the market growth.

Expanding e-commerce in the Asia Pacific region which enables the easy availability of the products is expected to accelerate the market growth. According to the Oberlo, the Asian countries, such as Japan and South Korea, wrap up the list of the five-largest e-commerce markets. They are expected to bring in US$ 115.40 billion and US$ 103.48 billion in e-commerce sales in 2019 respectively, with growth rates of 4.0 percent and 18.1 percent.

Rising demand for accreditation, especially in Southeast Asia, owing to growing awareness regarding the halal products as it ensures the authenticity and integrity of cosmetics products are expected to propel the market growth. Proper certification for halal cosmetics companies in the region will favor the growth of the Asia Pacific halal products. This is expected to foster market growth over the forecast timeframe. 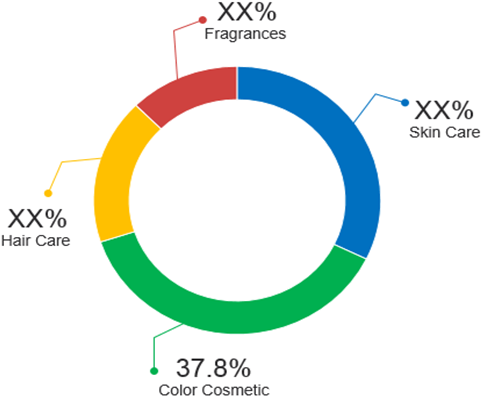 On the basis of type in 2018, the color cosmetic segment has accounted the largest market share of 37.8% in terms of value, followed by skin care and hair care. 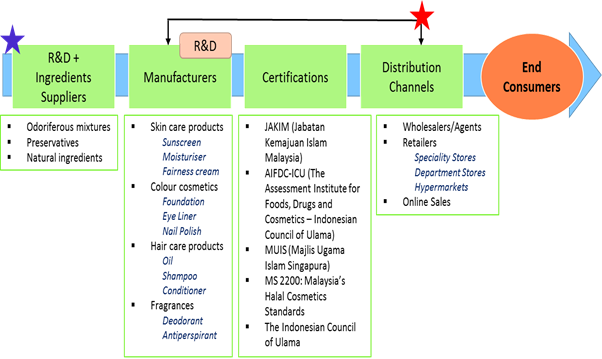 What are the major growth driving factors for the Asia Pacific halal cosmetic market during the forecast period?

Increasing demand for the personal care products from the consumers

Which type of product segment and region dominates the Asia Pacific halal cosmetic?

What are the segments considered in the Asia Pacific halal cosmetic?

The Engineering Plastics market has been segmented by type, by regions.

Who are the prominent players in the Asia Pacific halal cosmetic market?

Which region can dominate the Asia Pacific halal cosmetic market?

The Southeast Asia is the largest among the regions.