Press Release: Balloon Catheters Market to Surpass US$ 18.2 Billion by 2027

Balloon Catheters Market to Surpass US$ 18.2 Billion by 2027

Balloon catheter is a flexible device with a balloon at its tip, which may be inflated or deflated when the catheter is in place to create or enlarge a passageway, and it is also used to remove the blockage or open the narrowed coronary arteries caused by coronary arteries disease. Furthermore, the balloon catheters have applications in renal denervation, cryoablation, drug delivery, perfusion, and atherectomy.

However, increasing product recall is expected to hamper growth of the balloon catheters market over the forecast period. For instance, in September 2019, Medtronic Plc., announced voluntary recall of certain balloon dilation catheters such as Euphora and Solarice semi-compliant rapid exchange balloon dilatation catheters that have proven to be difficult to remove from patients’ bodies, owing to their slightly higher diameter.

Among regions, North America is expected to account for the largest share in the global balloon catheters market, owing to increasing regulatory approvals and product launches in the region. For instance, In June 2017, OrbusNeich, a medical device company, launched its Sapphire percutaneous coronary angiography balloon dilatation catheters (Sapphire II PRO and Sapphire NC Plus) after receiving 510k clearance by the U.S. FDA.

Furthermore, Asia Pacific balloon catheters market is expected to witness significant growth over the forecast period, owing to presence of major key players in the region such as Terumo Corporation, Kaneka Corporation, and BrosMed Medical. These players are focusing on the product development and launching of innovative balloon catheters. For instance, in November 2017, Kaneka Corporation, a company based in Minato, Tokyo, launched a high-pressure balloon catheter, SHIDEN HP. The novel SHIDEN HP is used for enlarging a blood vessel at high pressure for calcified lesions due to progressed peripheral arterial disease (PAD). Moreover, in August 2017, BrosMed Medical received Japan Pharmaceuticals and Medical Devices Agency (PMDA) approval for its Artimes and Apollo Percutaneous transluminal coronary angioplasty (PTCA) balloons. Artimes is a semi-compliant pre-dilatation PTCA balloon, and Apollo is a non-complaint high pressure post-dilatation PTCA balloon.

Europe is also expected to show significant growth in balloon catheters market over the forecast period, owing to increasing prevalence of cardiovascular diseases (CVD) in the region. For instance, according to the European Heart Network AISBL, in 2015, there were around 11.3 million new cases of CVD diagnosed in Europe and 6.1 million new cases of CVD diagnosed in the European Union. Such increasing prevalence is expected to drive demand of the balloon catheters in the region. 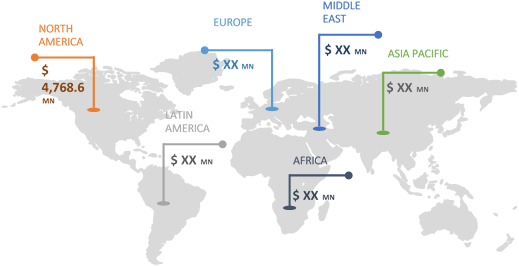 The balloon catheter is a flexible, tubular device with a balloon at its tip that is used to create, enlarge or remove blockage of a passageway within the body, by passing it through body channels. The balloon tip can be expanded by water or air to remove the blockage or to expand partly closed passageway during surgical procedure. The balloon catheter is used to treat heart related disease such as coronary heart disease, which are caused due to diabetes, high blood pressure, and high cholesterol level in blood. During the treatment of coronary heart disease, the balloon catheter helps to allow the blood flow from arteries by making a passageway, blocked due to excess cholesterol, avoiding open heart surgery.

Moreover, the balloon catheter plays a major role in angioplasty to treat atherosclerosis by widening the narrowed or obstructed arteries or veins. As, the procedure is minimally invasive, it is economically beneficial to the patient and helps patient to get cure rapidly as compared to open surgical procedure.

Rising incidence of coronary heart disease cases due to increasing prevalence of diabetes, high blood pressure cases, and increasing number of smokers across the globe is expected to drive demand for balloon catheters over the forecast period. For instance, according to the World Health Organization (WHO), in 2017 around 17.9 million death cases were reported globally due to cardiovascular disease.

Moreover, product launches by key players is expected to drive the balloon catheters market growth over the forecast period. For instance, in September 2018, SIS Medical, a Switzerland-based manufacturer of innovative cardiology products launched three models of its balloon catheters, EasyT, NIC 1.1 hydro, and NIC Nano hydro. The novel balloon catheters are used in interventional cardiology to dilate narrowed and closed heart vessels. Furthermore, in 2019, the company received CE marking for these products to be marketed in Europe. The company is also planning to facilitate the registration of these products in Asia Pacific, Latin America, and few Middle East countries.