Biophotonics is a branch of science that deals with producing and using the photons of light to create an image, identify, and engineer biological materials. Biophotonics is a combination of four major technologies that include lasers, biotechnology, nanotechnology, and photonics. It has a biomedical application that covers light interactions in medicine and life-science for the health care sector.

Growing awareness regarding better healthcare solutions and increasing government initiatives to offer beneficial policies in order to boost healthcare and agriculture sectors is projected to propel the market growth of biophotonic. Moreover, increasing launch of new treatment based on biophotonic is further estimated to foster market growth. For instance, in August 2018, Kleresca, a medical technology company has announced the launch of a new treatment for rosacea. It is based on Kleresca’s unique and patented biophotonic technology which utilizes fluorescent light energy to stimulate the skin’s own repair mechanisms through photo bio modulation.

The rising number of partnership among major players for developing advanced biophotonic technology is projected to boost the market growth over the forecast period. For instance, in June 2017, The Salk Institute’s Waitt Advanced Biophotonics Center and ZEISS announced a global partnership to accelerate the frontiers of microscopy and imaging technologies. The purpose of this partnership was to develop cutting-edge optical and optoelectronic technologies. Therefore, the rising number of partnership for developing advanced imaging technology by using biophotonic is projected to boost market growth. 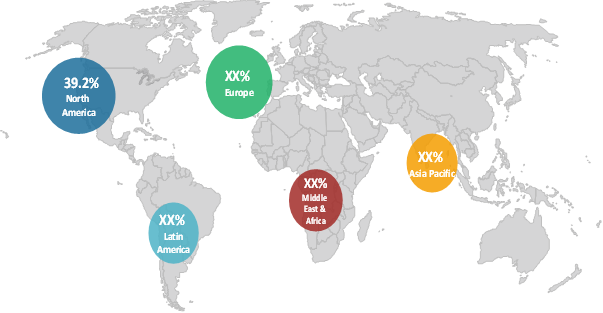 Patents and regulatory policies are major factor that can impact the market growth of biophotonics as most of the drugs are still patented, due to which only certain players can have the power to generate profit from medical solution. This is projected to hamper market growth over the forecast period. Moreover, biophotonic is still in the nascent phase and lack of awareness regarding these advanced technologies in underdeveloped regions is expected to hinder the market growth.

Rising cases of various chronic diseases around the globe such as arthritis, genetic disorders, cancers, etc. There are nearly 7000 rare diseases that are prevalent around the globe. Out of which more than 95% of rare disorders don’t get FDA-approved drugs. Biophotonics, being the most advanced technology aims to offer enhanced treatment solutions for these critical diseases. Therefore, the rising application of biphotonic based treatment solutions for treating various chronic diseases is projected to offer immense growth opportunity to the market over the forecast period.

Emerging medical tourism across developing nations is the next big platform that is expected to offer enormous growth opportunity over the forecast period. Biophotonics with its advanced technologies can expand medical tourism in the near future. Moreover, emerging biophotonic technology is also projected to open new doors of opportunity to the new players to generate high profits in the market. This factor is also expected to propel the market growth over the forecast period.

Rising efforts by various manufacturers to promote the biophotonic technology in imaging diagnostic solution is projected to fuel the market growth over the forecast timeframe. For instance, in 2019, ALPhANOV expanded its internal research in the field of biophotonic imaging for diagnosis and therapy by using its advanced femtosecond fiber laser developments and its new modular microscope. ALPhANOV performed its first nonlinear images on biological samples.

Biophotonics refers to the combination of field of photonics and biology. It is a light-based technology used in medicine and life-science for generation, detection of photons, manipulation, and quantum units of lights. This technology is also used in the study of the biological tissue, molecules, and cells. It also used in imaging and therapeutic techniques in widespread clinical use.

Based on application, the market is segregated into see through imaging, inside imaging, spectro molecular, surface imaging, microscopy, light therapy, biosensors, and other analytic sensing. Furthermore, based on end use, biophotonics market is segmented into medical diagnostics, medical therapeutics, test components, and non-medical applications.

Based on end use, medical diagnostics accounted for the largest revenue share of 67.9% in the global biophotonics market, followed by medical therapeutics and test components. Among region, in 2018, North America held dominant position in the global biophotonics market and accounted for a revenue share of 39.2%, followed by Europe and Middle East & Africa.

What are the growth estimates for biophotonics market till 2027?

The global biophotonics market is estimated to reach US$ 95.0 billion by 2027.

Which are the prominent biophotonics market players across the globe?

What are the key factors hampering growth of the biophotonics market?

Patents and regulatory policies and high cost of biophotonics instrument and treatment are some of the major factors that are expected to hamper growth of the market over the forecast period.

What are the key factors driving growth of the biophotonics market?

Growing awareness about better healthcare solutions and increasing government initiatives to offer beneficial policies, in order to boost healthcare and agriculture sectors are some of the major factors that are expected to propel growth of the market over the forecast period.

What is the Compound Annual Growth Rate (CAGR) of the biophotonics market for next 8 years?

Which region held the largest market share in the biophotonics market?

Among regions, North America held a dominant position in the global biophotonics market in 2018, accounting for 39.2% share in terms of revenue, followed by Europe and Middle East & Africa, respectively.

Regenerative medicines can be defined as ways for regrowin...

Bioreactors are bioprocessing devices that are used for bi...

Chimeric antigen receptor (CAR) T-cell therapy is a way to...

The coronavirus (COVID-19) outbreak was first reported on ...