Press Release: Budesonide Inhaler Market to Surpass US$ 8.24 Billion By 2026

Budesonide Inhaler Market to Surpass US$ 8.24 Billion By 2026

Budesonide is a medication that is used to prevent symptoms of asthma. It is a corticosteroid or steroid (cortisone-like medicine). The medication prevents inflammation in the lungs to decrease the severity of asthma attack. Inhaled budesonide may be used with other asthma medicines such as bronchodilators, which are also used to open up narrowed breathing passages in the lungs. Budesonide is available in several forms such as powders, suspensions, and tablets. In powder form, the medication can be inhaled by mouth using an inhaler. It can also be used as suspension to inhale by mouth using a special jet nebulizer (machine that turns medication into a mist that can be inhaled). Some of the trade names under which budesonide is sold are Pulmicort, Rhinocort, and Entocort.

Increasing number of launches in generic version of budesonide inhaler is a major driving factor for growth of the budesonide inhaler market growth. For instance, in 2016, Nephron Pharmaceuticals Corporation (Nephron) launched generic Budesonide Inhalation Suspension in the U.S. Nephron has licensed the Abbreviated New Drug Application from Apotex, Inc. The Budesonide Inhalation Suspension is the generic version of Pulmicort Respules that is manufactured by AstraZeneca LP. Nephron will be responsible for the manufacturing, marketing, and distribution of Budesonide.

The major restraining factor for budesonide inhaler market growth is the side effects shown by budesonide such as runny or stuffy nose, sneezing, coughing, sore throat, dry throat, nosebleed, nausea, vomiting, diarrhea, stomach pain, white patches or sores inside the mouth or on lips, headache, hoarseness, voice changes, or bad taste in the mouth. For instance, according to Product Monograph of Pulmicort Turbuhaler from AstraZeneca Canada Inc. of 2017, side effects can be observed in 2 to 4% population who are under treatment of Pulmicort Turbuhaler (budesonide). Some adverse effects include, respiratory infection, rhinitis, ear infection, otitis media, and viral infection, which can be observed in less than 3% population.

On the basis of region, the global budesonide inhaler market is segmented into North America, Latin America, Europe, Asia Pacific, Middle East, and Africa. North America is expected to hold a dominant position in the global budesonide inhaler market, owing to increasing regulatory approvals of budesonide inhaler. For instance, in November 2017, Cipla Ltd. received final approval for its Abbreviated New Drug Application (ANDA) for Budesonide Inhalation Suspension, 0.25mg/2mL, 0.5mg/2mL, and 1mg/2mL from the U.S. Food and Drug Administration (FDA) to market a generic version of AstraZeneca's Pulmicort Respules. It is indicated for the maintenance treatment of asthma and as prophylactic therapy in children 12 months to 8 years of age. 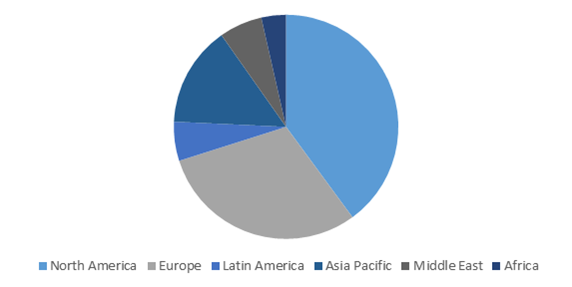 Budesonide is an artificial glucocorticoid steroid related to the naturally-occurring hormone, cortisol or hydrocortisone, which is produced in the adrenal glands. It is used for treating asthma. Budesonide is sold under the brand name Pulmicort. Each budesonide inhaler is designed to provide 60 to 120 inhalations depending on the device. Increasing air population is expected to lead to high prevalence of asthma worldwide. According to World Health Organization (WHO), asthma is not just a public health problem for high income countries, as it occurs in all countries regardless of level of development. Over 80% of asthma deaths occur in low and lower-middle income countries. Asthma is under-diagnosed and under-treated, creating a substantial burden to individuals and families and possibly restricting individuals’ activities for a lifetime.

The global demand for budesonide inhaler is expected to witness substantial growth over the forecast period, owing to increasing incidences and prevalence of asthma. According to the Global Asthma Report 2018, asthma causes around 1000 deaths every day and affects as many as 339 million people worldwide.

Furthermore, major players in the market are focused on developing new drug combinations for paediatric use. For instance, in January 2017, AstraZeneca announced that the U.S. FDA approved Symbicort (budesonide/formoterol fumarate dihydrate) Inhalation Aerosol for the treatment of asthma in paediatric patients aged 6 to 12 years. Budesonide/formoterol is already approved in the U.S. to treat asthma in patients 12 years and older and for the maintenance treatment of airflow obstruction in Chronic Obstructive Pulmonary Disease (COPD) in adults.

However, product recalls due to failure to meet regulatory guidelines is expected to hinder the market growth. For instance, in 2014, AstraZeneca’s PULMICORT RESPULES (budesonide inhalation suspension) was recalled by the U.S. FDA as budesonide may be above or below the specification range, which can be harmful for the patients.

What are the growth estimates for budesonide inhaler markettill 2026?

The global budesonide inhaler market is estimated to surpass US$ 8.24 Billion by 2026.

Which are the prominent budesonide inhaler market players across the globe?

What are the key factors hampering growth of the budesonide inhaler market?

Side effects associated with budesonide such as runny or stuffy nose, sneezing, coughing, sore throat, nosebleed, nausea, vomiting, diarrhea, white patches among others is one of the major factors that is expected to hamper growth of the market over the forecast period.

What are the key factors driving growth of the budesonide inhaler market?

Increasing number of launches in generic version of budesonide inhaler is one of the major factors that is expected to propel growth of the market over the forecast period.

What is the compound annual growth rate (CAGR) of the budesonide inhaler market for next 8 years?

The global budesonide inhaler market is estimated to exhibit a CAGR of 5.8% over the forecast period.

Which region is dominating the budesonide inhaler market growth?

Among regions, North Americais expected to hold dominant position in the global budesonide inhaler market during the forecast period.