Computed Tomography Market to Surpass US$ 7.9 Billion Threshold by 2025

Computed tomography (CT) is a computerized X-ray imaging procedure. CT scanners uses motorized X-ray source as compared to conventional X-rays, which uses X-ray tube, fixed at a point. Cross sectional images or slices are generated through the computer for assessment of the signals produced. The slices also known as tomographic images contain more information than conventional X-rays. 3-D images of the patient enables surgeons, easier identification, location of the basic structures, and possible abnormalities or tumors in the body. Dense structures in the body are easily imaged as compared to soft tissues, because X-rays passes easily through softer tissues, producing faint images. To contain this drawback, intravenous (IV) contrast agents are used. For instance, to examine the possible obstructions in the circulatory systems, a contrast system based on iodine is injected in the blood vessels and barium-based compounds are used as oral contrast agents for imaging organs in the digestive system. 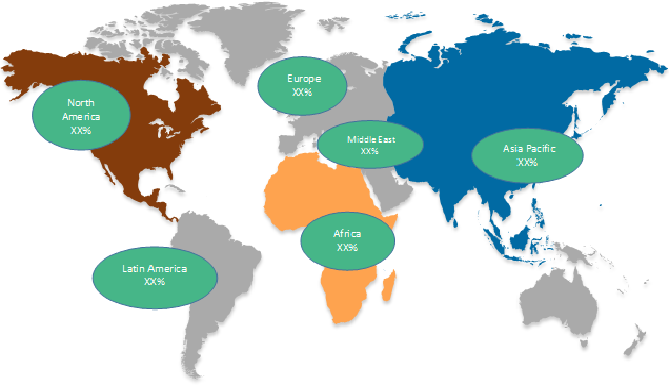 North America accounted for the largest share in the global computed tomography market, followed by Europe in 2016. This is attributed to increasing prevalence of cancer in the region and a large number of skilled healthcare professionals. For instance, according to American Cancer Society, in 2015, approximately 1.7 million new cases of cancer were diagnosed in the U.S.

Additionally, according to the World Health Organization (WHO), around 17.7 million people across the globe died due to cardiovascular disorders. Early detection with diagnostic systems such as the CT scans could aid in reducing the incidence of these disorders. Thus, increasing adoption of computed tomography for providing better diagnostic solutions and to detect abnormalities and fractures in the body is a factor expected to drive growth of the market over the forecast period.

Collaborations, and agreements driving the growth of computed tomography market

The players in the computed tomography market are collaborating with innovative solutions providers to drive growth. For instance, in November 2017, the Sectra Corporation (Sectra), an international medical imaging information technology company signed a distribution agreement with El Seif Development Company (El Seif). According to the agreement El Seif will distribute Sectra’s enterprise image management solutions, which comprise of picture archiving and communication system (PACS) for image sensitive procedures such as breast imaging, orthopedic and cardiovascular procedures. With this healthcare providers (2,300 primary care centers and 470 hospitals) in Saudi Arabia, will gain access to the Sectra’s in proprietary imaging solutions. In January 2017, Bruker microCT (Bruker), subsidiary of Bruker Corporation and iTomography Corporation (iTomo) entered into a multiyear license agreement for the software technology developed by iTomo. This provided Bruker with non-exclusive rights to the software developed through iTomo’s image reconstruction algorithm.

Computed Tomography (CT) or computed axial tomography is an imaging technique that uses different combinations of X-ray images formed via different angles leading to cross sectional images of specific internal organs and tissues. Computed tomography is used mainly to detect coronary artery diseases, guided biopsy and screening of blood clots, blood vessel aneurysm, calcification, internal bleeding, infarction, brain and head injuries, fractures, and uncontrolled and abnormal cell growth in patients suffering from cancer. As compared to conventional 2D radiography, CT is offers better imaging. Conventional radiographers use X-rays in the form of electromagnetic radiation produced through X-ray tube. The images produced are blurred compared to CT scanners. CT scan eliminates the superimposition of images surrounding the area under inspection. Moreover, computed tomography also produces high resolution images, which differentiate organs or tissues based on their physical intensities. The advanced versions of CT with high resolution images has led to development of CT angiography, and CT colonography. CT angiography does not use insertion of catheter and CT colonography is more accurate technique for detection of tumors with lower radiation dose. CT colonography is widely used in the U.K and the U.S for the screening of colon polyps and colon cancer. According to the Cancer.org in 2017, there will be 39,910 new cases of rectal cancer and 95,520 new cases of colon cancer in the U.S alone.

Key players in the market are focusing on launching new products and upgrading its products, which in turn is expected to aid in growth of the market. For instance, in April, 2017, Toshiba Medical, upgraded its Aquilion Lightning 80 CT system (Aquilion). Aquilion is designed to produce high resolution images to help surgeons in faster disease diagnoses and treatment. Moreover, in May 2017, UC Davis Comprehensive Cancer Center (UC Davis) signed a licensing agreement with Isotropic Imaging Corporation — a wholly owned subsidiary of Canada-based Isotropic Corporation — to market CT scanner developed by UC Davis.

The CT scan market is primarily driven by increasing prevalence of cardiovascular diseases, cancer and orthopedic disorders, and increasing geriatric population. According to the National Institute of Health (NIH), in 2016, 8.5% people are aged 65 and over, which is expected to reach 17% of the total global population by 2050. Stringent regulatory framework and product recalls are major factors hindering growth of the computed tomography market. For Instance, in June 2017, GE Healthcare recalled its GE Healthcare Optima CT660, CT680 X-ray system. The reason of recall was defect in its software system.

What are the growth estimates for computed tomography market till 2025?

The global computed tomography market is estimated to surpass US$ 7.9 Billion by 2025

Which are the prominent computed tomography market players across the globe?

Which segment based on application, accounted for the highest demand in thecomputed tomography market?

Among applications, cardiovascular segment is expected to exhibit a significant CAGR of 6.0% over the forecast period, owing to large pool of population suffering from cardiovascular disorders.

What are the key factors driving growth of the computed tomography market?

Increasing product innovation, increasing research and development activities, and growing awareness about the non-invasive technologies are some of the major factors that are expected to propel growth of the market over the forecast period.

What is the Compound Annual Growth Rate (CAGR) of the computed tomography market for next 8 years?

The global computed tomography market is estimated to exhibit a CAGR of 5.2% over the forecast period.

Which region is dominating the computed tomography market growth?

Among regions, North Americais expected to hold dominant position in the global computed tomography market over the forecast period

Medical imaging equipment is used in the diagnosis of various critical diseases and disorders of vital organ...

X-rays make up X-radiation, a form of electromagnetic radiation that has wide application in medical imaging...