Cycling wear involves use of garments or gears for enhancing the performance or for comfort during cycling. Increasing number of people opting for cycling as a hobby and growing portion of the population living healthier lifestyles thereby rising participation in sports and fitness activities is driving growth of the cycling wear market.

Increasing awareness regarding advantages of exercise such as cycling due to media exposure and various health organizations is driving market growth. According to World Health Organization (WHO), commuters who cycle to work have 41% lower risk of dying from all causes than people who drive or take public transport. Cycles also help in reducing noise and air pollution, which is one of the major factors for increasing adoption of cycling, this in turn is fueling demand for cycling wear. 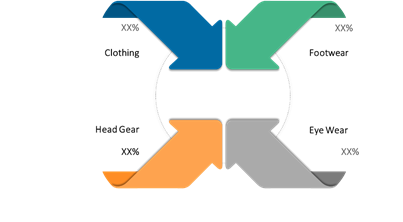 Clothing segment held highest market share in the global cycling wear market in 2017, and it is expected to retain its dominance during the forecast period. Clothing segment of cycling wear includes leggings, shorts, gloves, jackets, jersey, and arm/leg warmers. Clothing should provide comfort, durability, moisture resistance, and should be waterproof, windproof, and stretchable. Cycling apparels are designed to fit and support the body during cycling.

Among distribution channel, online stores is the fastest growing segment during the forecast period. Growth of the online segment is majorly attributed to rising penetration of low cost smartphones, coupled with rapid advancements in internet services. According to survey published by Malaysian Communications and Multimedia Commission (MCMC) in 2017, there were 24.5 million Internet users in 2017 which increased from 24.1 million in 2015.

.Asia Pacific is the fastest growing region in the global cycling wear market. The market was valued at US$ 1,020.8 Mn in 2017, witnessing a CAGR of 9.0% during the forecast period. This is attributed to growing bike sharing market in the region. According to Ministry of Transport, China had around 70 bike-sharing brands such as Mobike and Didi Chuxing-Ofo operating over 16 million bicycles nationwide by 2017. Various initiatives are undertaken by public and private organizations to encourage adoption of cycling. For instance, Cycling Cities is an organization involved in encouraging cycling adoption for transportation. Furthermore, in 2016, Pune Municipal Corporation introduced Pune Bicycle Plan to encourage bicycling. Rapid growth in the bicycles market is another factor contributing to growth of the cycling wear. According to All India Cycle Manufacturers' Association, sales of bicycles in 2017-2018 in India was 16.57 million units. Also, revenue of the cycle’s business increased by 30% year-on-year in the April-June quarter of 2018. 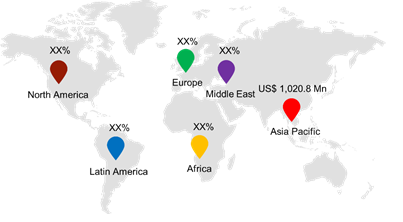 Players operating in the global cycling wear market are launching new products to gain competitive advantage in the market and to expand business. For instance, in April 2018, Santini Maglificio Sportivo launched its new MAGLIA NERA collection composed of a technical cycling kit inspired by its last classified Luigi Malabrocca, a cotton T-shirt for a casual look but with a perfect fit a short-sleeved wool sweater and a sweater long sleeves for casual style for cycle ride.

Government initiatives and development of cycling infrastructure is driving growth of the global cycling wear market. For instance, in 2017, China opened its longest elevated cycling path, which is 7.6-kilometer-long track and connects five metros above the main road. It connects all of the city’s major residential and business districts and the commuters have direct access to 11 bus stations and two subway stops.

Asia Pacific is the fastest growing region in the global cycling wear market and the market was valued at US$ 1,020.8 Mn in 2017, witnessing a CAGR of 9.0% during the forecast period. This is attributed to the government initiatives for adoption of cycling, cycling tourism, and development of cycling infrastructure. For instance, International cycling races such as Tour de Singkarak, Tour de Flores, International Tour de Banyuwangi Ijen, and Tour de Siak are conducted in Indonesia to promote cycling and cycling tourism. In January 2018, the Tour of Indonesia was re-launched and upgraded to Class 2.1 after seven years. Also, the Land Transport Authority in Singapore aims to make the country a cycling-friendly city by 2030. Land Transport Authority plans to construct cycling network of 700km across the island. Moreover, cycling infrastructure such as bicycle crossings and parking facilities will be constructed to encourage cycling culture.