Press Release: Data Center Networking Market Is Expected to exhibit a CAGR of 15.8%% During the Forecast Period (2019-2027)

Data center networking is the method of establishing and interconnecting all physical- and network-based equipment and devices within a data center facility. It allows a digital connection between data center infrastructure nodes and equipment to ensure that they can connect and transfer data between one another and on the Internet. Deployment of hyperscale data centers has increased in the recent past wherein data center infrastructure is provided on lease by companies. This is mainly due to recent advancements in digital technology. Typically, a data center network forms a network infrastructure that complies with industry regulations, offers security, stability, and reliability, supports networking requirements for modern technologies, and can fulfill the requirements of network communications in peak usage.

In the recent past, organizations have started depending more and more on data centers as a delivery system for products, news, adverts, information, and communication due to increased demand for services and access via internet. Furthermore, there is a rise in power density of cabinets and a decline in the demand for physical servers and additional cabinets, owing to high growth of cloud market. This, in turn, saves additional space and cost required. Hyperscale data centers provide cloud services in the form of storage, network security, and servers for business applications on lease thereby removing the total cost of ownership (TCO) of IT data center infrastructure. For instance, VMware, a cloud infrastructure and business mobility company, was able to save $1.5 Bn for one of their clients in healthcare by avoiding data center upgrades and increasing CPU utilization to 80% from the existing 5% with the help of VMware virtual infrastructure software. 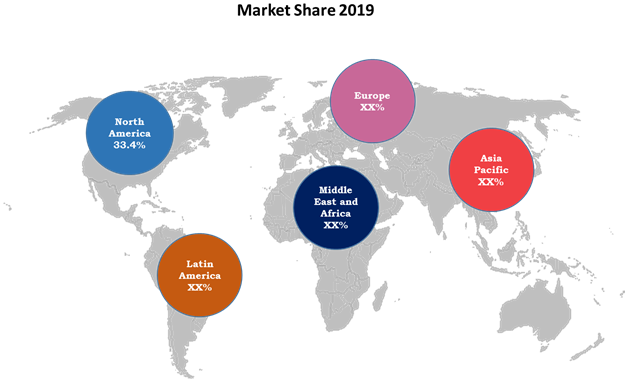 Cloud service users need to comply with rules of the jurisdiction they operate and location where cloud service provider provides their services such as their data centers. According to the U.S. Department of Justice, warrants require the company to provide the documents it controls, regardless of location. Furthermore, according to the report of the United Nations Conference on Trade and Development (UNCTAD) on Cyberlaw Tracker, until April 2016, only 108 countries had data protection laws, 35 had draft laws, and around 60 developing countries had no data protection laws at all. Business owners are more concerned about compliance burdens and regulations, which in turn, may hinder innovation and trade, while governments are concerned about national security and safety. Thus, these factors are expected to restrain the market growth in the near future.

Edge computing has emerged as a powerful option for data storage, in which sensors transmit data to close-by edge computing devices that analyzes the data, thereby eliminating the need to send it back to a remote data center. Industries such as water utilities, power stations, and oil & gas have adopted Internet of Things (IoT) devices and sensors to better monitor and manage their infrastructure through rapid automation. Moreover, in the near future, telecom industry is expected to adopt data center networking due to significant amount of data generated over the internet.

Massive amount of data is created by users as well as airplanes, automobiles, and buildings, which is pushing cloud services. The demand for analytics is driven by the growth of machine-to-machine (M2M) connections and applications. Moreover, application analytics can occur at edge of the device with edge computing or at central data centers.

Data centers are the essence of providing storage, communication, delivering IT services and networking to number of network users, businesses, and devices. The nature of data center traffic is undergoing a fundamental change due to rise of cloud-based applications, services, and infrastructure. Moreover, increasing virtualization of data centers, which provides services that are flexible, efficient, and fast-to-deploy, is an essential traffic enabler in the rapid extension of cloud computing and data centers. Advent of Internet of Everything (IoE) phenomenon, growth of mobility, increasing digitization, and widespread adoption of multiple devices and connections are expected to drive growth of data center IP traffic.

Growing internet penetration combined with ownership of multiple devices has supported growth of cloud services such as consumer cloud storage. Users can store and share videos, music, and photos through an easy-to-use interface at a relatively low cost. According to the Cisco Global Cloud Index Report 2016, the storage capacity of data centers will grow to 1,842 EB in 2020 from 382 EB in 2015, out of which 88% of capacity will be accounted for by the cloud. On the other hand, data stored in data centers will grow from 171 EB in 2015 to 915 EB in 2020, growing at a CAGR of 40%. 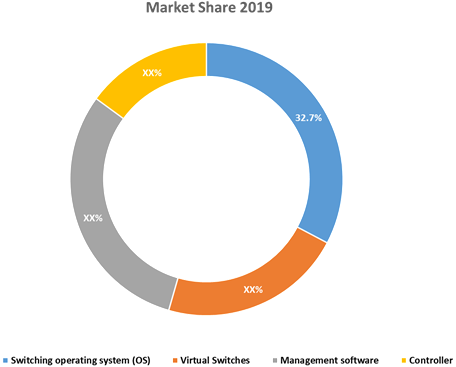 There are various factors which are expected to drive the global data center networking market in the forecast period. Usage of cloud data storage combined with cloud computing technologies is increasing in all the industries, use of cloud technology provides flexibility to store the data manage and monitor data anywhere. Industries such as oil and gas are becoming highly dependent upon data for their daily operations. Oil and gas industry collects huge amount of data even before drilling, this data help further decision making and provides relatable data which can reduce cost. Furthermore, factors such as Software-defined networking (SDN) and network function virtualization (NFV) are expected to provide significant market opportunities to key players in the forecast period. SDN and NFV are helping engineers and companies to managing networks by providing them complete software access.

However, increasing complex nature of data centers and uncertainty of laws regarding data protection are expected to hinder the global data center networking market in the forecast period.

Network time protocol or in short NTP is a protocol used to synchronize computer clock timing in the network. The term...