The demand for energy has rapidly increased in the recent past due to growth in the population and economic activity. According to the U.S. Energy Information Administration, a U.S.-based government agency, the global energy demand is expected to increase around 50% by 2050. Thus, rapidly growing population and industrialization is expected to positively impact the Europe, Middle East, and Africa small wind turbines market during the forecast period.

The major factor restraining growth of the EMEA small wind turbines market is increased adoption of other renewable energy sources. . Although, the adoption of wind energy witnessed rapid growth in the recent past, the growth is mostly limited to commercial use. The domestic power generations is mostly driven by the solar grids. According to CMI’ analysis, in 2017 global solar power contributes to more than 30% domestic power generation. Small scale solar panel can be easily installed on the rooftops with very little or no maintenances for the user. Another factor which can hamper the growth of the EMEA small wind turbines market includes lack of awareness about the usage of wind energy among the end-use consumers.

COVID-19 has significantly disrupted almost all the industries including infrastructure, transportation, oil and gas, manufacturing, and others. To combat COVID-19 pandemic, most of the countries had implemented lockdown and are now easing it phase-wise and industry wise. This has significantly impacted manufacturing sector as the facilities across the globe were temporarily shut down.

The effect of the COVID-19 pandemic can be considered in two ways; short term impact and long term impact.  Considering the short term impact, owing to spread of COVID-19 pandemic, small wind turbines manufacturers who stocked up hardware components (such as turbine, blades) experienced a difficult time to clear their inventory due to low energy demand and construction activity globally. Thus, many of the small wind turbines manufacturers decreased their production. As manufacturing and distribution of goods have started at sub-optimal level across the countries, manufacturing companies are slowly gaining momentum.

Rest of Middle East and Africa held dominant position in the EMEA small wind turbines market in 2020, accounting for 65.1% share in terms of value, followed by UK, Germany and others 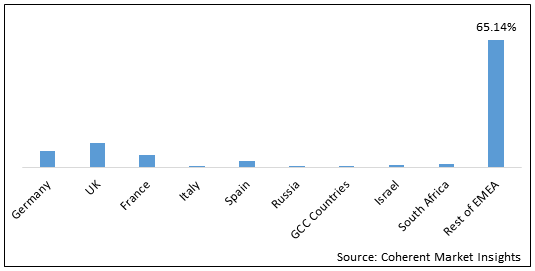 Over the forecast period, Rest of EMEA is expected to account for the largest market share in the EMEA small wind turbines market. In Germany, adoption of wind power is expected to increase in the forthcoming years. According to Stratagem Market Insight’s analysis, in 2019, almost quarter of electricity was generated using wind power. The government in the country is also focusing on several initiatives to promote renewable energy. In January 2021, latest amendment came into effect in Germany’s Renewable Energy Act (EEG). As per EEG 2021, the government is expecting an increase of onshore wind to 71 GW by 2030. The law makes sure that the capacity increment should be compatible with 65% renewable energy target and strict the annual deployment targets.

According to CMI’s analysis, over 10,961 wind turbines were installed in the UK by May 2021 with a capacity of 24.1 gigawatts. In 2020, wind power contributed more than 24% of total electricity supplied in the UK. Moreover, wind energy is the largest source of renewable energy in the UK. The UK wind farms are very expensive to build and operate, however since 2016 the government is providing subsidies through Contracts for Difference and Renewables Obligation.

Off-Grid segment is expected to drive the market growth during the forecast period.

Among application, the power generation and electrical segment is expected to hold dominant position in the EMEA small wind turbines market during the forecast period. Small wind turbines are traditionally used in remote areas for off-grid applications including rural residential electrification, water pumping and treatment, and telecommunication stations 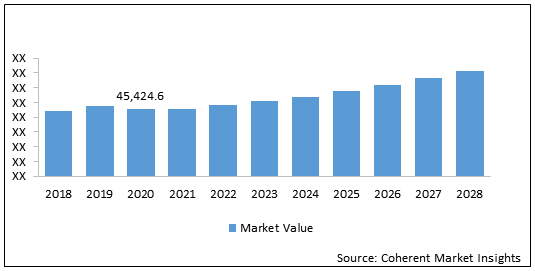 Due to small size, it can easily be installed in various locations such as building, houses, and others to provide electricity. Small wind turbines are mostly suitable for rural areas where large space and few obstructions that would impact wind speeds.

The virtual power plant, also known as VPP, is a decentralized unit of power network and can be operated using the single centralized control system. The VPP centralized units communicate with different small scale power plants in order to efficiently monitor and control the power output in different units. These units can be either power generating units such as wind turbines, solar power, hydro power, and others or power storage units, and power consumers. Many key players in the VPP market are focusing on the development of virtual power plants. For instance, in 2012,  Statkraft AS, a Norway-based power company, constructed a virtual power plant in Germany which consists 1,300 wind farms, 100 solar energy plants combined with hydropower and bioenergy producers. The total capacity of this plant is around 10,000 MW per year which is equivalent to 10 nuclear reactors.

Furthermore, according to CMI’ analysis, the global virtual power plant market is expected to reach US$ 3.1 Bn by 2027 from US$ 0.92 Bn in 2019. Thus, rapidly growing popularity of the VPP market will positively impact the EMEA small wind turbines market during the forecast period.

What is the expected market size of small wind turbines in 2028?

Rise in demand for energy and increased concerns about the environmental impact and government investment and policies are expected to boost growth of the market.

Based on application, which segment held the largest market share in the market in 2020?

Off grid segment held the largest market share among application verticals, contributing 76.6% in terms of value in 2020.