Endoscopes Market, by Product Type (Endoscopes, Visualization System, Endo Therapy Devices and Others), by Endoscope Type (Rigid, Flexible and Capsule) by Applications (Gastroenterology ,Arthroscopy, General Surgery, Pulmonology, Urology, Gynecology and Others), by End User (Hospitals, Clinics and Others), and by Region - Global Forecast to 2026

Press Release: Endoscopes Market to Expand Beyond US$ 37.6 Billion by 2026

Endoscopes are medical devices used in endoscopy procedure to observe and treat the internal organs. Endoscopy is minimal invasive procedure in which endoscope is placed inside body either through body openings (mouth, anus etc.) or by making small incisions on the body. Endoscope is equipped with camera allows visualization of internal organs over the video monitor with the help of visualization system. Along with diagnostic purpose, endoscopy also allows sample removal from affected organs (in case of cancer). It is majorly used in surgical procedure as means for minimally invasive surgeries. Endoscopy systems consist of endoscope, visualization system, endo therapy devices, and other devices. Endoscopes has different types based on its applications such as GI endoscopy (for GI tract based applications), arthroscopy (for joints), cystoscopy, hysteroscopy and ureteroscopy (for urology applications), laparoscopy (for various surgeries in pelvic and abdomen area), bronchoscopy (for lungs) laryngoscopy (larynx), and other types that covers various parts. Visualization system consist of the cameras, video processors and convertor, light source, and monitors. Endo therapy devices consist of the endoscopic retrograde cholangiopancreatography devices (ERCP), endoscopic mucosal resection and dissection devices, and ultrasound endoscopes. 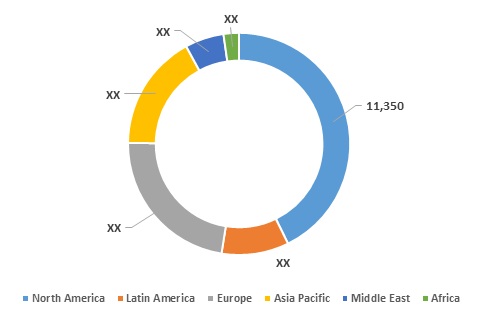 Endoscope are routinely used to diagnose and treat gastrointestinal diseases such as ulcerative colitis, Crohn’s disease, pancreatic, chronic constipation, and other GI tract associated disease. Increasing prevalence of these diseases worldwide are propelling demands for sophisticated endoscope. According to a study published in the Lancet, in October 2017, around 319 (U.S.) and around 322 (Europe) cases of Crohn’s disease per 100,000 people were reported in the mentioned region. According to the journal of Gastroenterology’s on Inflammatory Bowel Disease (IBD) in 2017, around 1.6 million patient in the U.S were suffering from of IBD. Moreover, emerging economies such as China and India are witnessing high prevalence of these disease. For instance, China has high incidence of Inflammatory Bowel Disease with 344 patients per 100,000 population, according to epidemiological study published in 2013, in the Gastroenterology Journal. Increasing prevalence of different type of cancers worldwide are expected to propel growth of the endoscopes market. Gastrointestinal cancer majorly affects stomach and small intestine and it can be effectively treated using endoscope. Increasing prevalence of this cancer is expected to drive growth of the endoscope market. According estimation of American Cancer Society, around 26,240 cases of stomach cancer are estimated to be diagnosed in the U.S. in 2018. This number is even higher for lung and bronchus cancer (234,030 new cases in 2018) and colorectal cancer (140,250)

It transmits live images of internal organs, which are visualized over large monitor, which is useful for monitoring and treatment of chronic disease such as cancer and IBD, as it visualizes micro area of internal organs. For instance, Medtronic plc. in 2016, received expanded indication for its Pill Cam COLON 2 capsule endoscope from U.S. Food and Drug Administration (FDA). It is the only non-invasive diagnostic test that directly visualizes the colon for the evaluation of polyps in patients who are at major risks for colonoscopy or moderate sedation. Furthermore, Olympus in June 2017, launched ENDOEYE 3D video endoscope that allows faster and precise endoscopic surgery by using 3D imaging system to facilitate depth perception.

Endoscope is a kind of telescope used by operator (Physician) in order to observe the insights of body cavities. Endoscopes consist of flexible tubes such as light tube and image receiver tube, which transmits the interior view on display system. Endoscopes are increasingly used to perform small surgeries and other minor medical procedures (Biopsies). Small laser is also used with endoscopes either to kill tissue or to perform incision. Innovative type of endoscopes combining different devices such as ultrasound are used to better diagnose and treat various GI tract associated disease.

Major factor driving growth of the endoscopes market is increasing number of geriatric population worldwide. Aging population is more prone to chronic disease such as colon cancer, bladder cancer and stomach cancer. Currently Europe has maximum number of people above age 60 ranging 25% of entire population. According to the American Cancer Society’s statistics in 2017, more than 140,250 new cases of colorectal cancer are detected in the U.S. annually. Most of this cases are observed in older people. Moreover geriatric population is vulnerable to orthopedic disease (Osteoarthritis and Osteoporosis) which is diagnosed and treated with help of arthroscopy devices. Artrhroscope allows visualization of bones. According to the World Health Organization (WHO), 2013, around 28.2% of the global population above 60 years of age, suffered from osteoarthritis with an estimated 80% recorded with mobility handicaps. Europe region is expected to witness significant traction in market, owing to highest number of old age population. According to the report published by the State of Muscoskeletal Health 2017, 8.75 million people aged 45 and over in the UK have undergone treatment for osteoarthritis that includes use of arthroscopes.

What are the growth estimates for endoscopes market till 2026?

The global endoscopes marketis estimated to surpass US$ 37.6 Billion By 2026 .

Which are the prominent endoscopes market players across the globe?

Which segment based on product type, accounted for the highest demand in theendoscopes market?

What are the key factors driving growth of the endoscopes market?

Increasing incidence of gastrointestinal and other diseases, globally is one of the major factors that is expected to propel growth of the market over the forecast period.

What is the Compound Annual Growth Rate (CAGR) of the endoscopes market for next 8 years?

The global endoscopes market is estimated to exhibit a CAGR of 6.6% over the forecast period.

Which region is dominating the endoscopes market growth?

Among regions, North Americais expected to hold dominant position in the market over the forecast period.

Endoscopy devices are used as both diagnostic and therapeutic devices that serve clinical solutions to the w...

Neurosurgical products are used in the treatment of neurological disorders such hydrocephalus, aneurysms, ar...