There are many types of foods that represent different cultures, but the majority are made by people who were born in a different country. Among these foods are Ethiopian cuisine, Chinese food, and Indian fare. Often times, these foods were classified as ethnic in order to differentiate them from the more widely accepted American fare. However, that is no longer the case. The popularity of ethnic foods has increased in recent years, because of the growing foreign population.

North America held dominant position in the global ethnic foods market in 2021, accounting for 51.7% share in terms of volume, followed by Europe and Asia Pacific, respectively. 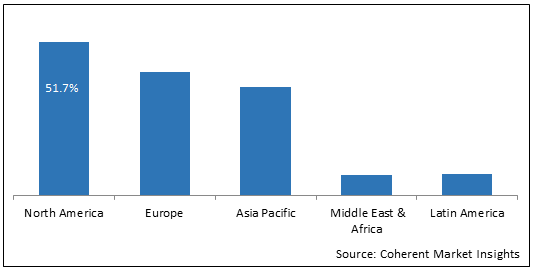 Expansion of Asian retail chains of stores and other channels in countries such as the United States, United Kingdom, Germany, and Australia is boosting the retail sales of Asian ethnic food products and other ethnic consumer products among their target consumers. For instance, in 2018, Korean chain H Mart had expanded to 66 locations across 12 states in the United States. Each store offers imported Korean and other Asian packaged goods, prepared foods, and general merchandise. 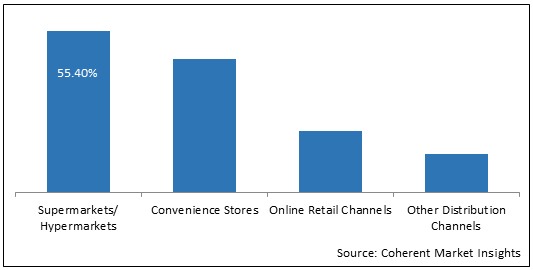 Growing packaged food safety concerns due to rise in ethnic foodborne illness outbreaks and recalls is expected to hinder growth of the market. For instance, in  October  2021,  the  FDA  made  Cedar’s  Mediterranean  Foods  recall  its  product  “Organic Mediterranean Hommus” as it contained undeclared pine nut, which could be a major allergen among the consumers in the country. Additionally, in October 2021, Ivar’s Soup and Sauce Company was made to recall its “Kettle Classic Clam Chowder with Uncured Bacon,” as the FDA noted it to be a potential source for hard plastic opaque pieces. Increasing number of health conscious consumers looking to avoid synthetic additive in food is again anticipated to restrict the market growth.

Growing consumption of natural/organic food products, including ready meals, frozen, snack food, among consumers due to rising popularity of organic food products is expected to favour market growth. Product launches with various label claims, such as “no artificial additive,” “non-GMO,” “reduced sugar,” “reduced sodium”, “gluten-free”, and “lactose-free” have been silently benefitting the customers over years is again fostering market growth.

Growing focus of key players to increase the production of ethnic food products to meet the increasing demand is emerging as one of the trend. For instance, in October 2021 Goya Foods, one of the largest Hispanic-owned food company in the United States invested USD 80 million in an expansion of its manufacturing and distribution facility in Brookshire, Texas. The expansion of the company’s North American Processing Center included the purchase of new, state-of-the-art food processing equipment that enabled the company to double production capacity.

Ethnic foods include Japanese, African, Middle Eastern, Indian, Greek, and Cajun cuisines. However, consumers are increasingly looking for regional variations, and analysts predict that the next wave of popular foods may come from countries like the Philippines, Korea, and Afghanistan. Ethnic food trends are becoming more popular, thanks to globalization and increasing immigrant populations.

Growing globalization and increasing demand for convenience food product due to hectic lifestyle of consumers are driving growth of the ethnic food market. Increasing launch of new products by key players and expanding e-commerce industry are again fostering market growth. For instance, in December 2021, Mother’s Recipe announced the launch of the ‘Ready to Eat’ combo meals for the Indian Railway Catering and Tourism Corporation (IRCTC).

On the other hand, concerns associated with packaging food safety is expected to restrict the market growth.

Growing presence of immigrants from Asian countries is fuelling the growth of the market.

The Supermarkets/ Hypermarkets distribution channel segment is the leading component segment in the market.

Safety concerns associated with ethnic food are the major factors restraining growth of the market.