Press Release: Extreme Ultraviolet (EUV) Lithography Market is Expected to Exhibit a CAGR Of 26.1% during the Forecast Period (2021-2028)

Extreme Ultraviolet (EUV) Lithography Market is Expected to Exhibit a CAGR Of 26.1% during the Forecast Period (2021-2028)

Extreme ultraviolet lithography is an advanced version of lithography which uses an extreme ultra violet light of the shortest wavelength of 13.5 nm. Lithography is mainly used to print complicated patterns which are mostly highlight integrated circuits onto semiconductor wafers.

Increasing use of smartphones across the globe is one of the factor which propelling the growth of the global extreme ultraviolet (EUV) lithography market. Extreme ultraviolet lithography technology is used in manufacturing of compact electronics chips. These compact chips are used in smartphones and other products to store memory. Therefore, rising number of smartphone users across the globe is expected to fuel the market growth during the forecast period. For instance, according to the Communications Report (2018–19) of Australian Communications and Media Authority, in June 2019, 83 % (approximately 16.4 million) of Australian adults had a smartphone.

The global extreme ultraviolet (EUV) lithography market was affected, as many key players in the market had to temporarily closedown in order to safeguard health of their employees. Furthermore, on the supply chain side, unavailability of raw materials for manufacturing of components due to complete lockdown is a major restraint for the growth of the market. Due to delay in supply of raw materials and components, the manufacturing companies were unable to deliver the products in the market. Therefore, the global extreme ultraviolet (EUV) lithography market is affected by the pandemic. As governments are releasing the lockdown restrictions to some extent in various countries, production is resuming, however, companies are still working with partial employees on the shop floor and remaining from home. Therefore, the manufacturers of various electronic and semiconductor components are experiencing delay in completing their production target. 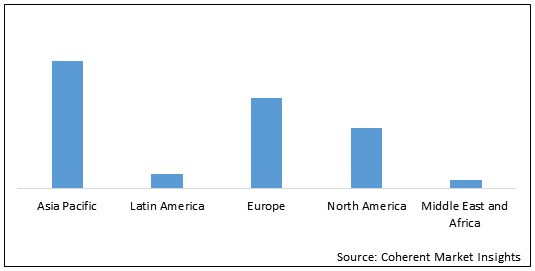 Owing to presence of leading market players such as Taiwan Semiconductor Manufacturing Company, Limited and others, Asia Pacific held dominant position in the global extreme ultraviolet (EUV) lithography market in 2020 and is projected to retain its dominance during the forecast period. For instance, according to Coherent Market Insights report, in China the penetration of smartphones increased from 41.3% of population in 2016 to 61.2% of population in 2020.  Moreover, increasing investments by telecom operators such as KT Corporation, NTT Docomo, China Telecom, Reliance Jio, and China Mobile are focusing on deploying 5G network infrastructure, which is expected to drive market growth during the forecast period.

Identity and Access Management (IAM) segment is expected to drive the market growth during the forecast period. 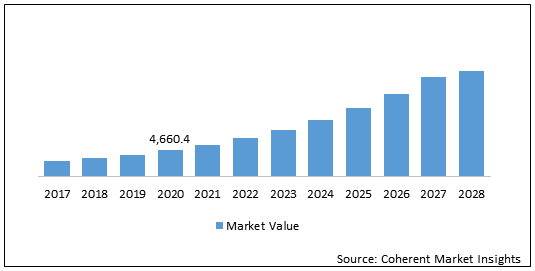 The global extreme ultraviolet (EUV) lithography market is expected to reach US$ 29,648.4 million by 2028.

What is the primary factor contributing to the growth of the market?

Increasing smartphone penetration across the globe is the primary factor contributing to the growth of the market.

Based on end user, which segment held the largest market share in the market in 2020?

Asia Pacific region held the largest share in the market in 2020.

Which are the key players operating in the market?

Increasing demand for electricity, increase in energy consumption due to urbanization & industrializatio...

InGaAs stands for Indium gallium arsenide and contains properties intermediate between those of InAs and GaA...

A semiconductor Intellectual Property (IP) is a logic unit or logic chip that can be reused and is an intell...

Market Overview Semiconductor memory is a type of se...