Press Release: Flight Tracking System Market Is Expected to Witness CAGR of 5.5% During the Forecasted period (2019-2027)

Flight Tracking System Market Is Expected to Witness CAGR of 5.5% During the Forecasted period (2019-2027)

ADS-B is a surveillance technology that allows the air traffic control and pilot to track aircrafts with more accuracy. The technology is used as a substitute to radar-based tracking systems. ADS-B system is dependent upon Global Navigation Satellite systems, in order to ascertain the position of an aircraft. The position data is thereafter combined with other information such as speed, type, altitude, and flight number. This is then converted into a digital message and is broadcasted to receiver through the transponder equipped in aircrafts. Furthermore, Future Air Navigation System (FANS) uses digital communication and navigation system to decrease the separation between aircrafts that allows safer use of the most efficient route possible. FANS allows ATC to track and route aircraft safely and effectively, which can lead to possibility of accommodating more aircrafts in the available air space.

The global flight tracking system market is estimated to account for US$ 410.6 Mn in terms of value by the end of 2019

In flight tracking systems, the four dimensional position of the aircraft is recorder at standard intervals, which helps to assist the airline companies and ATC units to get updated with position of the aircrafts on flight. For airline companies, the safety of passengers and crew members is of upmost importance, especially when the aircraft is going over region that is out of radar’s coverage. Such regions require additional equipment in aircraft to receive an update report of the position of aircraft. This, in turn, is expected to boost the demand for flight tracking system. Moreover, increasing number of incidents of aircraft missing without leaving any track is expected to drive the market growth in the near future. For instance, on March 8, 2014, MH370 aircraft from Malaysia Airlines with 239 passengers and crew members went missing from radar coverage shortly after taking take off from Kuala Lumpur. 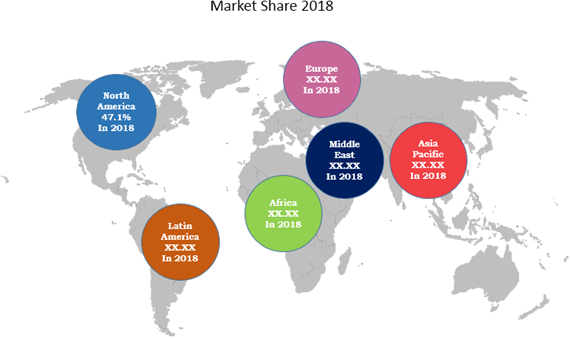 The installation charges for flight tracking system is a one-time investment and less expensive than the cost of the aircraft. However, charges concerned with position data are unaffordable, which is the major challenge for airline companies, since these companies own a fleet of around 200 airplanes. Moreover, only few companies are now offering low cost portable & dedicated flight tracking systems though these systems do not meet the required standards set by aviation regulatory organizations. Thus, such systems cannot be deployed to meet the demands of airline companies. For instance, data transmission cost for ACAR using satellite using communication ranges from US$ 500 for a short-haul aircraft using VHF radio systems.

Technical challenges such as surveillance limitation in oceanic airspace, retrieval of position data, and provision of real- time updates are expected to hinder the adoption of flight tracking system in the near future and thereby restrain the market growth.

Airline regulatory authorities are offer rebate primarily to owners of inexpensive aircrafts to get equipped with necessary avionics equipment. This is done in order to improve airspace surveillance and traffic requirement standards. Such rebate programs are expected to encourage airline owners to adopt their aircraft with standard avionics, which is expected to pose significant growth opportunities for market players over the forecast period. For instance, in September 2016, FAA introduced a US$ 500 rebate program for aircraft owners in a controlled airspace. The program is expected to run for year until all 20,000 rebates have been claimed.

Although there have been several technological advancements, no technology has been able to fully comply with ATTF tracking standards. This is owing to unavailability of tamper-proof solution that can pose significant growth opportunities in flight tracking system manufacturing. For instance, according flight tracking system manufacturers, neither FANS nor ACAR systems provide tamper-proof solution, which means that any aircraft can disable aircraft transponder and system. Such situations can make transponder incapable of sharing aircraft position data. This, in turn, is expected offer significant growth opportunities for market players in the near future. 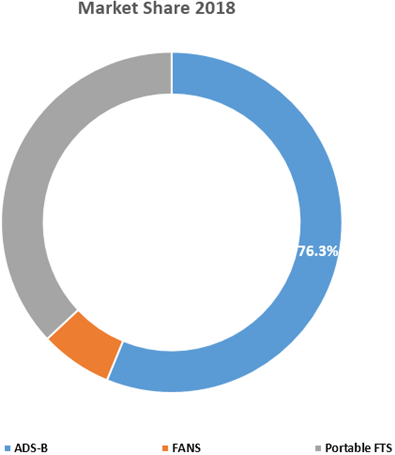 Key aircraft communication systems providers in the market are focused on enhance their consumer base by offering real-time flight tracking data to the airline operators. Advanced solutions developed by communication providers employ position data from multiple sources namely FANS, ACAR, and ADS-B system equipped in aircraft to determine the exact position of the aircraft. For instance, in November 2016, SITAONAIR partnered with Aireon LLC and FlightAware, in order to provide space-based flight tracking service to commercial airlines.

Airline industry has been relying of shortwave, radar, and high frequency radio technology for so many years for aircraft tracking. However, these technologies have significant limitations and are expected to become obsolete in the near future. For instance, aircraft showing over radar chart fades once an aircraft crosses over 150 miles from the ground station when flying in transoceanic airspace. In May 2010, Federal Aviation Administration (FAA) published its rule mandating that by 2020 aircraft owners will be required to have ADS-B out capabilities when operating in airspace classes A, B and C, and class E at certain altitudes.

On 10 November 2015, the ICAO Council adopted Amendment 39 to Annex 6 — Operation of Aircraft, Part I — International Commercial Air Transport — Aero planes which included the normal aircraft tracking Standards and Recommended Practices (SARPs). These SARPs became effective on 20 March 2016 and will be applicable from 8 November 2018. Amendment 39 was issued in April 2016.

Flight tracking is a process of obtaining real-time flight information, such as, longitude, latitude, altitude and ground speed of a specific aircraft. It is one of the crucial initiatives undertaken by regulatory agencies towards making aviation safe. Flight tracking is mainly carried out to ensure safe and efficient air traffic control as well as airline operations, and also to provide immediate response in case of any incident. It encompasses airborne equipment as well as ground infrastructure, along with the components which link them. There have been significant innovations in the flight tracking system front, owing to an improved software systems and rapid technological advancements.

Hence, prominent key players in this market are focusing on various strategies such as, partnership to gain a competitive edge in this market. For instance, in June 2018, Honeywell has joined forces with the globe largest flight tracking data company, FlightAware, to bring an advanced flight tracking support to operations control centers and business jet owners. This partnership is expected to provide customers of Honeywell’s GoDirect Flight Services with access to more real-time information including position, aircraft speed, altitude and estimated time of arrival at no additional price so they can plan the safest as well as most efficient route available.

Technological enhancements, rising demand for new aircrafts and improved software systems are the major driving factors which are anticipated to further augment the growth of global flight tracking system market. Also, increase in acceptance of ADS-B flight tracking systems and growing emphasis of safety of flight are boosting the demand of flight transaction system across the globe. Furthermore, increasing demand for military UAVs is the major factor which is expected to create lucrative opportunity in the upcoming future. Moreover, flight tracking system delivers safety benefits through high accuracy navigation, it also offers environmental benefits and it is most potential system for flight routes to be designed to negotiate water, non-residential areas and industrial areas as much as possible.

However, high expenses associated with the installation and several cyber security concerns are the factors which hinder the market growth of global flight tracking system during the forecast period.

What is the Compound Annual Growth Rate (CAGR) of the flight tracking system market for next 8 years?

The global flight tracking system market is expected to exhibit a CAGR of 5.5% over the forecast period (2019-2027) .

Which are the prominent flight tracking system market players across the globe?

What are the key factors hampering growth of the flight tracking system market?

High charges associated with communication for receiving updates and technical issues involved in flight tracking systems are the major factors that are expected to hamper growth of the market over the forecast period.

What are the key factors driving growth of the flight tracking system market?

Growing safety concerns of passengers and crew numbers and constant push from ICAO for adoption of real-time flight tracking practices for long-haul commercial aircrafts are some of the major factors that are expected to propel growth of the market over the forecast period.

What are the flight tracking system market trends?

Which region held the largest market share in the flight tracking system market?

Among regions, North America held a dominant position in the global flight tracking system market in 2018 , accounting for 47.1% share in terms of value, followed by Europe and Latin America, respectively.