Urea is produced from ammonia and carbon dioxide and is an important chemical in agriculture and chemical industries. Urea is the most commonly used nitrogen fertilizer and cheapest form of nitrogen fertilizer. Urea is white crystalline solid organic compound and is manufactured in granular and prilled form. Granules of urea are manufactured by passing liquid urea through a fluid bed granulation system, which creates a hard and evenly sized granule. Moreover, granular urea is harder than prilled urea and therefore creates less fines and dust when handled & transported. Apart from its application in agriculture industry, granular urea also finds other industrial applications such as glue & resins, wood industry, health & beauty products, metal treatment, tanneries, water treatment, and construction & civil engineering.

The global granular urea market is estimated to reach US$ 49.0 billion by the end of 2027, exhibiting a CAGR of 3.3% over the forecast period, owing to increasing demand for granular urea from various end-use industries.

Moreover, emerging economies are focusing on increasing production capacity of granular urea, owing to increasing demand from agriculture sector within the country. For instance, in March 2018, Hindustan Urvarak & Rasayan Limited (HURL), a fertilizer company established by National Thermal Power Corporation (NTPC), a state power company in India, Coal India Limited (CIL), a state coal mining company, and Indian Oil Corporation Limited (IOCL), a state oil company announced to construct a large scale fertilizer complex composed of an ammonia and urea plant in Gorakhpur, Uttar Pradesh, India. The complex will have urea plant with a capacity of 3,850 tons/day and is expected to be operational by December 2020. The new complex is a part of national project promoted under “Make in India” initiative by Government of India that aims to fully achieve domestic production of chemical fertilizers.

Technical grade granular urea finds application in various industries. For instance, technical grade granular urea is used in particle board industry, which is a base component in furniture, construction, and wood industries. Growth of various end-use industries such as construction, furniture, pharmaceutical among others is expected to drive demand for granular urea over the forecast period. For instance, according to the British Furniture Confederation, U.K.’s total consumer expenditure on furniture and furnishings reached US$ 19.4 billion in 2018, a rise by 10.5% from 2017.

However, excessive usage of urea leads to adverse implications on soil, crop quality, and the ecosystem. Usage of urea enhances mining of soil nutrients, which leads to deterioration of soil fertility and such soils may require more fertilizers over time to produce optimum yields. Excessive usage of urea also causes groundwater pollution. These factors are encouraging farmers to adopt environment friendly farming process such as organic farming, which in turn are expected to hamper market growth of granular urea over the forecast period. 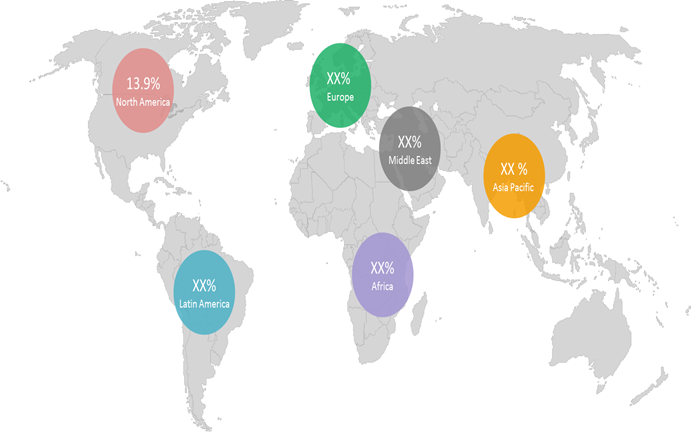 Among regions, Asia Pacific accounted for the largest market share in 2018, owing to increasing demand for fertilizers from agriculture sector in the region. 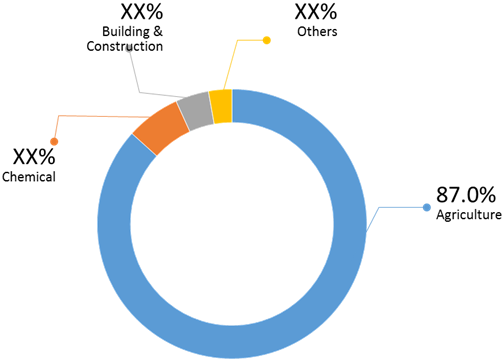 Among application, in 2018, agriculture segment accounted for the largest market share of 87%, in terms of revenue in the global granular urea market. This is attributed to increasing crop production across the globe, which is expected to drive demand for fertilizers, and which is further expected to drive demand for granular urea over the forecast period. For instance, according to the Food and Agriculture Organization of the United Nations, global cereal production in 2019 was pegged at 2,719 million tons, which was 62 million tons (2.3%) above production in 2018.

Moreover, players operating in the global granular urea market are adopting various growth strategies such as mergers & acquisitions, in order to strengthen their market presence. For instance, in December 2018, Yara International ASA acquired Tata Chemicals urea business in India. The plant is located in Babrala, Uttar Pradesh, India and has an annual production capacity of 1.2 million tons of urea.

Granular urea is a solid nitrogen fertilizer product with 46% nitrogen content. Urea is manufactured by combining carbon dioxide and ammonia. Ammonia and carbon dioxide are heated together at 450 K and 200 atm pressure. The reaction generates ammonium carbamate, which decomposes to form urea. The granules of urea are made by passing liquid urea through a fluid bed granulation system. A stabilizing compound, formaldehyde, is added to granular urea to reduce its critical humidity and improves its storage and handling properties. Granular urea’s major application is found in agriculture and polymer industry. It is also used in diesel engines of cars, lorries, and buses for reducing air pollution. Apart from these applications, it is also used as a cattle feed supplement.

Key initiatives taken by governments in emerging economies such as India for promotion of granular urea is expected to boost market growth of granular urea over the forecast period. For instance, in 2015, Ministry of Chemicals & Fertilizers of India, made it mandatory for all domestic manufacturers of urea to produce 100% neem coated urea (NCU). The decision was taken to boost growth of wheat and paddy crops, and curb the black marketing and hoarding of urea.

Key players operating in the granular urea market are focusing on various strategies such as mergers & acquisitions in order to increase their market presence. For instance, in January 2018, Yara International ASA acquired Tata Chemicals Limited’s (chemical manufacturing company in India) Babrala (Uttar Pradesh, India) plant for US$ 400 million. The plant has an annual production capacity of 0.7 million tons ammonia and 1.2 million tons urea. The acquisition will help Yara to increase its global production capacity and expand its market presence in India.

What are the Major growth driving factors for the granular urea market during the forecast period?

What are the segments considered in the global granular urea market?

The granular urea market has been segmented by product type and application across 6 major regions.

Who are the prominent players in the global granular urea market?