Men’s underwear is intimate clothes that are worn to protect the genital parts of men and also helps in maintaining hygiene.  Underwear protect the privates of men by giving them the appropriate shapes and also keep them dry since they easily get moist.  Additionally, underwear is also beneficial in preventing damages of outer clothes from being getting dirty from sweat. Some of the types of the men underwear are trunks, boxer brief, briefs, and boxers, they are manufactured by using various materials such as polyester, modal, cotton, and nylon. They are widely available across online platform, departmental stores, mono-brand stores, and mass merchants.

Rising awareness regarding personal hygiene among the male is projected to accelerate the market growth of men's undergarments. Also, an increasing male young population who are more active in physical activities and prefer wearing functional underwear during exercise and other types of sports activities is further projected to fuel the market growth over the forecast period. Moreover, growing awareness regarding the health problems associated with the continuous use of underwear is also expected to propel the market growth. 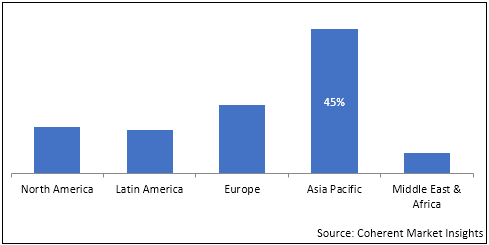 Challenges associated with buying underwear from retail owing to the lack of availability of the product of their choice is especially across the developing region is expected to hinder the market growth. Also, the online platform does not offer the chance of touch-or-feel or try on the product before buying which is another major factor expected to hamper the market growth of men's underwear.

High brand loyalty especially among the consumer of the U.S. due to which they are reluctant to switch to newer brands. This factor is creating challenges for the new and emerging brand in the market. Thus hampering the market growth of the men's underwear over the forecast period.

The penetration of mono-brand outlets around the globe is expected to offer potential growth opportunities to the market of men's undergarments. According to the Coherent Market Insights analysis, Jockey International focuses on making substantial investments in mono-brand outlets in order to drive product sales. The company has been offering product lines through numerous mono-brand outlets and channels worldwide since 1995.

Growth in the various start-ups around the globe is projected to provide immense growth opportunities to the market of men's undergarments. Emerging economies of the Asia Pacific region coupled with the expanding retail channel in the region is another major factor expected to propel the market growth of the men's underwear. Growing demand for functional underwear and plus-sized underwear for the obese population is also expected to augment the market growth of men's undergarments.

The rising trend of wearing low-rise boxer briefs among the male population due to a rising sense of fashion is expected to augment the market growth of men's underwear. According to the Coherent Market Insights analysis, most of the brand's such Jockey, 2(X) IST, and Andrew Christian offer various types of low-rise briefs. Thus, the rising popularity of low-rise boxer briefs is projected to foster the market growth of men's underwear over the forecast period.

Growing demand for slimming and shaping underwear especially among metrosexual men to enhance their personality and physical appearance is expected to propel the market growth of the men's underwear. According to the Coherent Market Insights analysis, 2(X) IST—a premium underwear brand offers slimming trunks, special underwear equipped with a comparatively broad waistband that creates a funnel shape, resulting in the wearer appears slimmer. 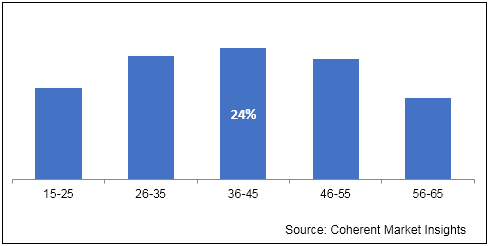 Underwear is type of the intimate apparel which is normally underneath other clothing. These apparels are available in market in five general types such as regular briefs, boxer briefs, boxer shorts, trunks, and thongs. They also serve other purposes such as to enhance visual appearance, aesthetic appeal and are considered highly fashionable.

The global men’s underwear market has witnessed significant growth in recent past years, owing to the changing consumer preferences across the globe. Shifting consumer preferences owing to rise in spending on personal fashion to align with the improving fashion trends over the years. Furthermore, growing concerns over the fabric used in manufacturing of underwear is expected to drive the market growth during the forecast period.

Major players in the global men’s underwear market are increasing their investment on innovative product launchings, research & development and marketing & promotional activities to capitalize on emerging trends in fashion and clothing industries. This scenario is expected to fuel the market during the forecast period.

What are the Major growth driving factors for the global men’s underwear market during the forecast period?

Growing disposable income of the population and increasing spending on fashion products and rising awareness regarding personal hygiene among the male is fuelling the growth of the global Men’s underwear market in the region.

What are the trends in the Global Men’s underwear market?

Rising trend of wearing low-rise boxer briefs among the male population due to a rising sense of fashion are expected to favor market growth over the forecast period.

What are the key factors hampering the growth of the global men’s underwear market?

Consumers reluctant to switch brand due to high loyalty and lack of availability of the huge product choices is expected to hamper the growth the market during the forecast period.

The global men’s underwear market was estimated to be valued around US$ 10.5 Billion in terms of revenue in 2019.