North America is also expected to witness fastest growth in the global market over the forecast period owing to the higher consumption rates of poultry/broiler meat, and the use of these amino acids in animal feed. This has boosted the demand for methionine in the region. Moreover, the U.S. is one of the largest consumers of methionine in this region. 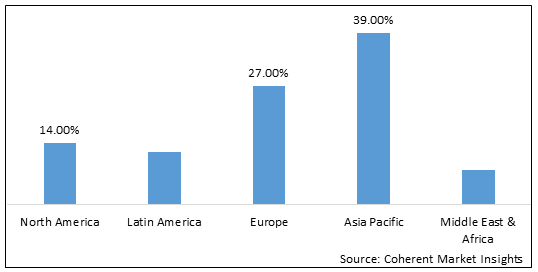 Growing demand from aquaculture sector is primarily fueling growth of the methionine market. The Food and Agriculture Organization (FAO) 2020 report revealed that Asia has the largest share in the global fish production at 89%, since the last 20 years. In 2018, the global capture fish production reached the highest-ever level and recorded 96.4 million tons; this was driven by marine capture and inland fishing.

Growing focus on eco-friendly extraction process of methionine is projected to hold significant growth opportunities. For instance, the European Union implemented rule and restricted the usage of non-organic proteins to 5%. The United States also banned the usage of synthetic DL-Met in organic livestock production. Besides ban, the synthetic methionine is significantly expensive in comparison to methionine made from natural sources. The biotechnical means of methionine production is through the use of various bacteria and yeasts which are able to produce amino acids under adequate conditions.

The use of methionine is also increasing in the personal care &cosmetics industries which is again projected to bring lucrative market growth opportunities. Moreover, the increasing geriatric population is another factor contributing to the growth of this market over the forecast period.

The rising popularity of bio-based products is emerging as a major trend for methionine market. Increasing income and household income has led to the high demand for animal feed. Besides, the increasing awareness about a healthy lifestyle has boosted the demand for protein-rich foods. This in turn augmenting market growth.

Complex manufacturing process of methionine is expected to hinder the market growth.  This factor restrict manufacturer to enter into the market.  Moreover, this process also require high technological skills with large capital investment.

Falling prices due to oversupply is again projected to restrict the market growth. For instance, due to lakc of supply the price of methionine peaked in mid-2015, leading to rise in the global prices of methionine, and the market experienced a shortage in supply across the globe. 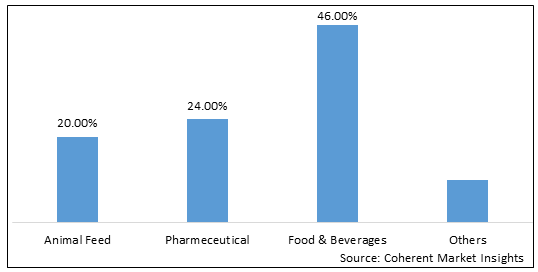 The global methionine market report is segmented into Type, End-user Industry, and Geography

Powder segment is also expected to witness significant growth in the near future and this is owing to the growing demand from pharma sector for various therapeutic application.

Based on End-user Industry, the market is segmented into Animal Feed, Pharmaceutical, Food and Beverage, and Other End-user Industries. Out of which, Food and Beverage is expected to dominate the global market over the forecast period and this is attributed to the increasing use of methionine and other amino acid to replace vitamins and minerals lost during processing of food.

Pharmaceutical segment is also expected to witness significant growth in the near future and this is owing to the use of methionine as an intermediate in the production of vitamin and liver preparations.

*Definition: Methionine is a protein component involved in the commencement of mRNA translation. It is mainly used in animal feed and pharmaceuticals. It has been known to promote muscle growth.

Among the amino acids, methionine is a critical molecule in the body. It plays a key role in making new proteins. It also has important roles in other chemical reactions in the body. It is a sulfur-containing molecule that is critical for normal functions. It participates in many important processes in the body, such as the production of antibodies, a substance that helps the immune system defends the body against disease. Methionine is also used to make creatine, an amino acid that plays an important role in building bone strength.

Increasing demand for meat products, increasing population, and growing awareness about the importance of food nutrients are the primary factors driving the methionine market growth over the forecast period. The methionine market is also expected to see an increase in the use in vitamin manufacturing.

On the other hand, strict policies restrict the use of fish meal in animal feed, which is the major source of methionine. These regulations may lead to reduced production and could also force companies to limit the production thereby hindering market growth.

Growing demand from aquaculture sector and rising awareness regarding nutritious diet are fuelling the market.

The Food & Beverages segment is the leading component segment in the market.

Complex manufacturing process of methionine and falling prices due to oversupply are the major factors restraining market.