Minimally Invasive Surgical Instrument Market to Surpass US$ 21.1 Billion by 2026

On the basis of region, the global minimally invasive surgical instruments market is segmented into North America, Latin America, Europe, Asia Pacific, Middle East, and Africa. North America is expected to hold a dominant position in the global minimally invasive surgical instruments market during the forecast period, owing to high prevalence of chronic disorders such as heart disease, cancer, and diabetes, which require the minimally invasive surgery. According to American Association of Retired Persons Chronic Conditions 2018, reports around 45% or 133 million of American’s population suffer from at least one chronic disease.

Asia Pacific minimally invasive surgical instrument market size is the expected to witness fastest growth by 2026, owing to increasing geriatric population and presence of large patient pool undergoing surgical treatments for different medical condition. The countries such as Japan and China has majority of the geriatric population who are 60 year and over. According to World Population Prospects 2017 – United Nations, Japan’s and China’s 60 and above population is 27.8% and 17.3% respectively. 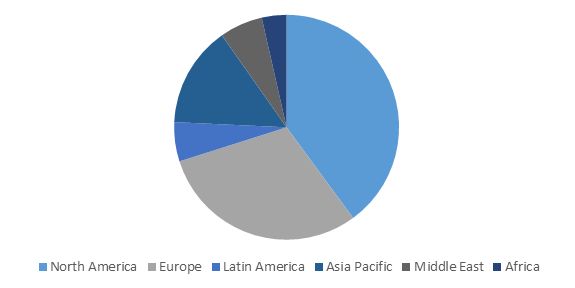 Minimally invasive surgical instrument market size is expected to witness significant growth owing to increasing number of diseases, which can be treated with minimally invasive surgeries such as cancer and heart diseases. Minimally invasive surgical instruments are widely used for removal of cancerous tumors from brain, stomach, kidney, ovary, prostate, pancreas, etc. According to the National Cancer Institute (NCI) in 2016, there were an estimated 16.8 million people suffering cancer in the U.S., and around 595,690 deaths occurred from the disease. Moreover, the number of people suffering from cancer is expected to reach to 19 million by 2024.