Mobile Application Testing Solution Market is Expected to Surpass US$ 19,733.0 Mn by The End of 2028

Asia Pacific (Region) held highest growth in the global mobile application testing solution market in 2020, accounting for 23.0% share in terms of value, followed by Western Europe and North America, respectively. Supported by increasing investments made in the development of new technologies and the vast demand for reliable recovery and backup systems support the growth of the Asia Pacific market. 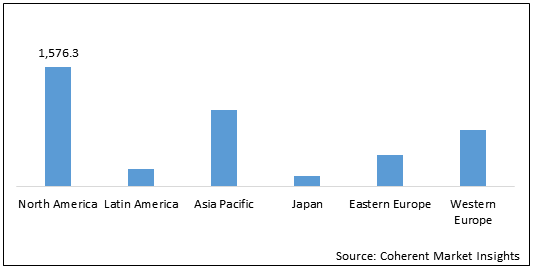 Consumers are seeking quick updates and bug fixes for their mobile applications. However, each time when app is updated, it is required to undergo thorough testing. This is due to the fact that any small change in an application can have an impact on the behavior of even those functions that are not directly connected. Regression testing validates the performance of an app after updates are introduced to it. By employing automated testing, immediate regression testing can be executed. Enterprises are adopting automated testing to accelerate time-to-market. Thus, these factors are expected to drive growth of the global application testing solution market during the forecast period. For instance, Infosys Limited focuses on enhancing the performance of mobile apps while reducing the number of test cases with regression testing services.

Rising number of users are adopting online wallet features, which in turn, is expected to boost the utilization of m-Commerce channel. Many enterprises are adopting advanced testing processes, in order to provide apps with a low possibility of security breaches. For instance, Apple Inc. provides its customers with the option of online payment on iPhones with Apple Pay application. Thus, these factors are exempted drive growth of the market during the forecast period.

Smart wearable devices and smart devices based on Internet of Things (IoT) are expected to provide significant opportunities in the market. When these devices are synced with smartphones will support the advent of various other apps, which will require more skilled testers to deliver high-quality apps.

Parallel testing is being deployed widely by many enterprises, however, the number of devices that can be tested at once is limited. Combining parallel testing with cloud testing enables engineers to test more devices at a given time. Moreover, securing the information on the cloud will not be an issue as testing has no critical data. Executing load testing and network virtualization on the cloud will further enhance the debugging process.

Recent trends indicate that majority of users owning both tablets and smartphones are more likely to be using smartphones at home and outdoors, and limit the usage of tablets to home settings. Smartphones require thorough testing for different networks, which include Wi-Fi and various mobile networks. Tablets are mostly used on Wi-Fi settings at home and testers can focus on testing app performance on Wi-Fi networks. Some tablet manufacturers such as Apple Inc. offer tablet devices that work only with Wi-Fi, thereby reducing the complexity of app testing.

Applications with new concepts and exciting features gain popularity rapidly. When the number of users on the app increases, the overall performance of the app decreases. As a result, enterprises are introducing load testing in the debugging process. Load testing helps testers understand how the app will respond when the number of users operating the app or a particular function at the same time increases. For instance, Microsoft Corporation’s Visual Studio solution offers cloud-based load testing for the performance of apps. 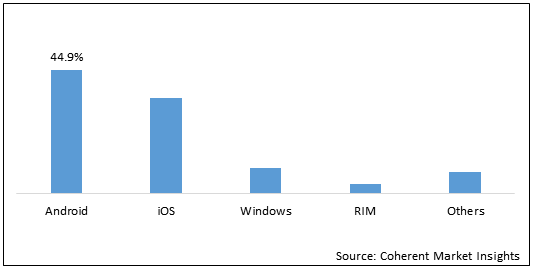 The dynamic nature of mobile phones is increasing the complexity of testing engineers. Introducing new features to hardware or software of the mobile device also requires the testing engineer to update the app accordingly. Furthermore, testing engineers are required to keep a track of changes in the network services such as bandwidth changes that would alter the performance of the mobile app. The different combinations a testing engineer has to debug an app against are significant, thus making it almost impossible to deliver the perfect app. Thus, these factors are expected to restrain growth of the market in the near future.

Many apps often fail to comply with high standards of quality due to improper debugging. Increasing diversity in networks and devices leads to emergence of more bugs. An app has to be tested, keeping in mind various factors such as other apps running in the background, which could affect app performance. With increasing number of apps, the release cycles for apps are getting shorter. The testing engineer ultimately has no choice, but to release the app without thorough debugging. Hence, these factors are expected to hinder the market growth in the near future.

Major companies in the market are focused on mergers and acquisitions, in order to enhance the market presence. For instance, in January 2017, CA Technologies, a software corporation, acquired BlazeMeter, an Israel-based mobile performance testing solutions platform developer, for US$ 90 million.

Key players in the market are involved in mergers and acquisitions, in order to gain a competitive edge in the market. For instance, in November 2018, Symantec Corporation acquired Appthority, a provider of mobile application security analysis.

Mobile application testing is a critical part of creating, deploying and maintaining applications. Testing mobile apps in depth enables organizations to pinpoint functionality issues before they result in customer dissatisfaction or instability. This ensures that organizations' investments are not wasted by launching an app that is intensely problematic on a particular network or device.

Mobile application testing refers to the specialized process of verifying that an application running on various mobile devices is conforming to the designated mobile platform and other mobile device brands. Testing is typically done for two major reasons: first, to identify potential app functionality issues and second, to confirm the app behaves as expected on various screen sizes and devices. Expected behavior on a medium-sized device vs. a small device is much different than expected behavior on a big. Thus, it is important for the testers to realize the difference between each major mobile platform's asset allocation policy and the actual asset allocation policy of the organization.

R&D of new apps is expected to offer lucrative growth opportunities for players in the global mobile application testing solution market. For instance, in August 2021, SpiceJet announced to begin trials for an IATA Travel Pass mobile app that will allow passengers on international flights to store and manage their verified certificates related to Covid-19 tests or vaccination.

What factors are influencing the adoption of the mobile application testing solutions?

Asia Pacific held dominant position in the market in 2020.

Recent trends indicate that majority of users owning both tablets and smartphones are more likely to be using smartphones at home and outdoors, and limit the usage of tablets to home settings.