NAND Flash is a type of non-versatile storage machinery which do not need power to obstruct the data. The chance of study fills various forms of NAND flash that are accessible in the market, like SLC, TLC, MLC and QLC developed on various structures like 2D or 3D constructions. It is filled by the customers with the help of Smart phones, SSD, memory cards as thought in the survey. 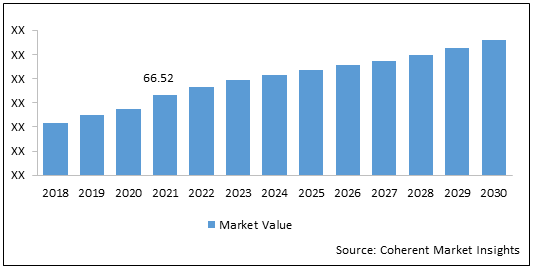 Asia Pacific held a dominant position in the global NAND flash memory market in 2021, accounting for 46.0% share in terms of volume, followed by North America region 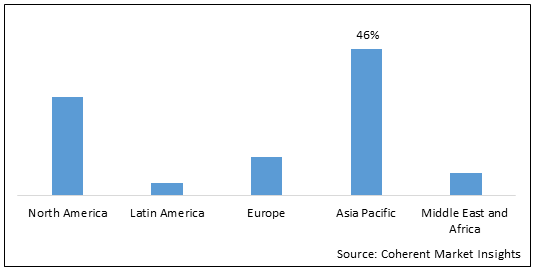 In June 2021, The Company’s 6G TLC V-NAND MEMORY FLASH was utilized in the ZNS SSDs for enhanced quality of facilities and services for the data centers. Moreover, the new ZNS approved will be capable to provide 2TB and 4TB with the 6G V-NAND flash drives.

In JUNE 2021, the company declared that it has been started as mass shipping the globe’s first 176-layer NAND Universal Flash Storage 3.1 mobile solution. Micron’s UFS 3.1 Discrete mobile NAND memory modified to the high end and flagship mobiles to unlock the strength of the 5G long with series write and random speeds till 75% comparatively to the earlier generation.

The increasing adoption of machine learning and the AI bolsters the vendors to choose for the quicker and rapid huge data capabilities. The rise of further completed by the quick adoption of the remote work and also the educational classes and also the online medical help at the time of pandemic.

The dependability stored data is an enhanced facet for any memory appliances. Flash memories endure from the phenomenon known as thee bit-flipping , where few bits might get reversed back, this scene is further much usual in NAND Flash than in NOR Flash. Yet for the yield considerations is expected to hinder the growth of the global NAND FLASH MEMORY.

Bad block management, is hence a particularly ability for the NAND Flash. On contrary NOR flash is delivered with the zero bad blocks with very less bad block gathering over the life span of the memory. Thus, when it is the chance of dependability of the stored data NOR Flash has the ability over the NAND flash which is anticipated to hinder the growth of the global NAND FLASH MEMORY market.

Currently, Kioxia, called as Toshiba Memory, has stated that they designed a successor or the developer of the 3D NAND Flash which can create an expanded storage capacity comparatively to the QLC NAND Flash. It is the globe’s first 3D semi- circular diversified gate flash memory cell constriction and is also known as Twin BiCS Flash. This technology permits the memory chips to have smaller cell and much storage which is anticipated to provide lucrative growth to the global NAND FLASH MEMORY market.

The newer technology with the Twin BiCS Flash is yet the new research and development segment and is executed in the future cohort. Since the BiCS 128 layer NAND flash chips are strategic to be released in 2020, the producers such as SK Hynix and Samsung have crossed the 100 layer milestone in 2019 with the 128 layer 4D NAND and V-NAND v6

The capacity of the digital information is rising at a forecast pace, as mobile appliances are being even much embedded in daily lives of the people whereas the digital solutions are still progressing to change the traditional method. Furthermore, with the rise in 5G technology, the potential development in the global data section is projected to show no indications of obstruction.

NAND Flash’s further predictability revolves near the same number of bits per every cell and since the past years the usage of the quad stage cells NAND with the four bpc, cohort and assists to expand its technological lead prior to the competition such as intel has stated adopting connection to a double stack process in its 3D NAND Flash producing which will develop to 196 layers in 2023.

NAND Flash saves information as it blocks and depends on the electric circuits to save the information. When the power is disconnected from NAND flash memory, a metal-oxide semiconductor will supply of an additional charge to the memory cell, making the data. The metal-oxide semiconductors basically utilized is a FGT. The FGTs are known as similar to the NAND logic gates.

Vendors or the sellers are also releasing the NAND Flash drivers that assists the 5G enabled mobile phones and the tabs is projected to drive the growth of the global NAND Flash memory market. For instance, in July 2021Micron technology declared today it has the capacity shipments of the global first 176 layer NAND USF 3.1 MOBILE Solutions. Engineered for the high end and the flagship mobiles.

SLC based drives provide better durability and the endurance while being costly as per Giga byte than the MLC Based drives , anyhow the MLC drives have a very low and shorter span of life than the SLC drives mainly difficult when stored at increasing temperatures are anticipated to hamper the growth of the global NAND Flash memory market.

PLC is other density rising step for NAND flash, wherein every NAND cell have five bits written into it rising the amount of data accessible in the same NAND footprint. To get these 5 bits, every cell must store one of the 32 voltage states which is further stated to flash controller of which the corresponding data bits are stored thereby.

What is the current market size and compound annual growth rate (CAGR) of the market during the forecast period? (2022-2030)?

The rising demand for the data centers is anticipated to drive the growth of the Market.

Which is the leading type segment in the market?

The TLC (Three-Bit Per Cell) is the leading type segment in the market.