North America Variable Frequency Drive Market is Expected to Surpass US$ 8,248.7 Mn by 2028

A variable frequency drive (VFD) or also referred to as adjustable-frequency drive (AFD) is a type of adjustable-speed drive used in electro-mechanical drive systems to control AC motor speed and torque with the help of motor input frequency and voltage. Drives include various types of variable-speed drives used in different end-users industries such as shipping, manufacturing, and mining industries. Among drives, variable frequency drives find major application in commercial HVAC and manufacturing industries. An AC drive is a device that is used to control the speed of an electrical motor. Speed is controlled by changing frequency of electrical supply to the motor. 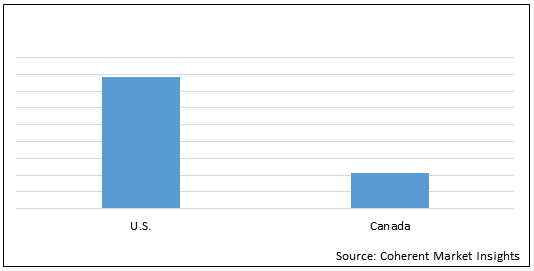 U.S. held dominant position in North America variable frequency drive (VFD) market in 2020, accounting for 78.6% share in terms of value, followed by Canada respectively. The growth can be attributed to various factors such as growing regulations towards energy efficiency, up gradation & modernization of aging infrastructure for safe & secure electrical distribution systems,  and increasing rate of industrialization and urbanization in the country.

Rising energy prices have led to need for energy-efficient motor control system. It offers an alternative to throttling devices such as dampers and valves and fixed speed controllers. Thus, these factors are expected to drive growth of the North America variable frequency drive (VFD) market in the near future. For instance, in May 2015, Len Busch Roses deployed Danfoss’s variable frequency drive to regulate airflow in its snapdragon greenhouse with better precision. This helped Len Busch to reduce its energy costs by 22%.

Operating VFD controlled motors at efficient speed results in less maintenance and downtime of motors. Furthermore, the lifespan of process equipment such as compressors, conveyors, and fans is augmented as VFD-enabled motors protect this equipment from issues such as under-voltage, overvoltage, and electro-thermal overloads. As a result of this, production levels increase thereby boosting the demand for VFDs. Hence, these factors are expected to boost the North America variable frequency drive (VFD) market growth over the forecast period.

Smart grid technology is expected to offer significant business opportunities for VFD manufacturers. This is owing to emerging application of VFDs in smart grids to vary the phase angle and voltage required. This also ensures a more efficient transmission of electricity. Major companies in the market can capitalize on these opportunities and gain competitive edge in the market.

Major companies in the market are focused on product launches, in order to cater to specific industry needs and gain a competitive edge in the market. For instance, In February 2017, Toshiba International Corporation launched Toshiba T300MV2 drive, which is a medium voltage and adjustable speed drive (ASD). This adjustable speed drive is deployed in industries such as oil & gas, refinery, water/wastewater, power generation, mining & minerals, and other commercial industries. LGX Oil+Gas Inc., which is an oil & gas company, is using Toshiba T300MV2 drive.

One drive for multiple motors

Many end-use industries are increasingly moving towards single VFDs for controlling multiple electric motors, in order to minimize energy consumption. This synchronous bypass method uses one VFD to start and synchronize multiple motors by transferring load from one source to another. Such installations optimize the process as well as provide substantial cost benefits to end users by minimizing both installation and operation costs. According to Rockwell Automation, asynchronous variable frequency drive system for controlling two motors can save up to 33% of initial capital spending. 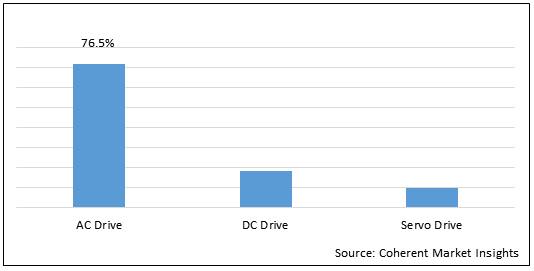 The majority of VFDs release a series of pulses that are rampantly switched. In applications where there is a long cable between the VFDs and the motor, these reflected pulses can lead to voltage production that exceeds line voltage, causing stress in motor windings and the cable. This, in turn, results in insulation failure, especially for motors operating at 480 volts or higher. Furthermore, selecting VFD for a given motor for typical application is a daunting task. If details go unnoticed during installation, performance of VFDs can substantially hinder productivity of process systems. Thus, these factors are expected to restrain growth of the market in the near future.

Prices of VFDs have declined significantly over the last decade, however, medium voltage VFDs come with high price tag. For typical applications in the industrial sector, medium voltage VFDs deployment is expected to increase during the forecast period. Furthermore, end users are shifting towards low-cost products made in China to manage budget. Thus, these factors are expected to hinder the market growth during the forecast period.

Major companies in the market are focused on product launches, in order to expand product portfolio. For instance, in February 2017, Fuji Electric Co. launched FRENIC-Ace, a full-featured, versatile drive.

A variable frequency drive (VFD) is used for controlling the speed of an AC motor. They are also used for ramping up a motor for a smooth startup, or to prevent a heavy load from straining the motor on startup.

Launch of new products is expected to propel growth of the North America variable frequency drive (VFD) market over the forecast period. For instance, in May 2020, Mitsubishi Electric Automation Inc. launched a new lineup of variable frequency drives, the FR-E800 Series with a built-in PLC. Moreover, increasing adoption of VFD is also expected to aid in growth of the market. For instance, in August 2021, Robotsys, a robotics and automation company, enlisted the help of Automation Experts – a sales partner of Invertek Drives, a provider of VFD technology – to develop the bespoke system using Optidrive VFDs.

Players in the North America variable frequency drive (VFD) market are focused on adopting various marketing strategies to expand their product portfolio. For instance, in September 2021, Nord Drivesystems announced to exhibit its portfolio of drive solutions at PACK EXPO 2021, with a focus on products for the packaging, material handling, and intralogistics industries.

Which is the leading drive type segment in the market?

The AC drive segment is the leading drive type segment in the market.

Technical difficulties related to VFDs and high initial cost of meedium voltage VFDs are factors hindering growth of the market.

Why is the U.S. country dominating the market?

U.S. country is expected to hold dominant position in the market over the forecast period. The growth of the market in the state is driven by rising demand for energy optimization, supportive government regulations and policies, and increasing focus on developing the manufacturing sector are the key factors leading to the market growth in the country