Press Release: Operating Table Market to Surpass US$ 4 Billion by 2026

Operating Table Market to Surpass US$ 4 Billion by 2026

Operating table is one of the essential operation theatre equipment that plays an important role in achieving better treatment outcomes. This is owing to vital function support and customization it offers according to type and need of surgery. Ease-of-use, versatility, multi-functionality and optimized access to the operating area are some of the desired characteristics of operating table.

Operating table has two major forms, first as manual /non-powered operating table and second as powered operating table that could be move up and down according to surgery needs. Tables and their individual segments are raised and lowered by mechanical gears or hydraulic piston systems using manual or electrical controls. Moreover, different designs of surgical table are available according to surgery needs such as ophthalmic surgery table, cardiology surgery table, and others. 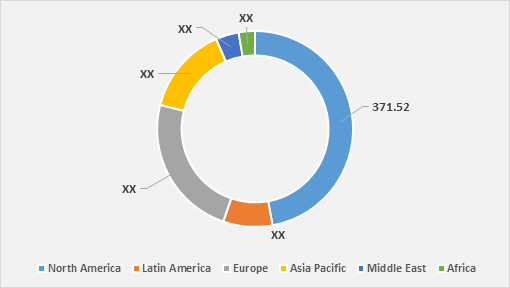 Increasing surgical needs worldwide to be major driving factor for growth of the operating table market.

Operating table is integral part of any surgical procedure, therefore according to research by Coherent Market Insights, with rising surgical needs worldwide, there would be proportionate increase in the operating table market. For instance, according to Lancet Commission for Global Surgery report in 2015, around 143 million surgical needs were left unmet, annually and around 5 billion people lacked access to safe and affordable surgical and anesthesia care. Such high need would expand the market for the operating table.  The report further stated that 28-32% of the global burden of disease can be surgically treated. According to World Bank statistics, in 2012, around 4511 surgeries per 1, 00,000 population were operated worldwide, which is expected to increase to 5000 surgeries per 1,00,000 population by 2030.

The high rate of unmet surgical needs is significant in developing economies such as China, India, Brazil, South Africa, ASEAN and other prominent countries. According study published in World Journal of Surgery in 2014, developed countries receives 73.6% world surgeries while the low income counties receives only about 3.5%. However, rapid development of quality healthcare infrastructure in these regions is expected to increase the healthcare spending thereby creating positive prospects for surgical equipment such as operating table. 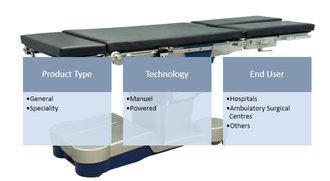 There is logical corollary innovation behind continuous growth of the operating table market, this is especially the case in developed regions such as North America and Europe that already have one of highest per capita expenditure and strong healthcare infrastructure.

Several manufacturers of operating table are focused on launching innovative operating table, considering needs of all stakeholders in healthcare. For instance, in 2017, Hill-Rom launched TruSystem 3000 mobile operating table, which is a cost-effective, reliable and ergonomic handling operating table suitable for various surgical disciplines. Moreover, it can be customized for different surgical procedures due to availability of head sections, leg sections, arm supports and anesthesia frames, which are easy to attach and dismantle through an intuitive, easy-to-use, coupling system.

Moreover, according to the analysis by Coherent Market Insights, increase in number of geriatric population worldwide is expected to propel growth of the operating table market. Geriatric population suffers various conditions that require surgical intervention (arthroscopy, knee replacement, eye surgeries, palliative care, kidney transplant, and others.), which would contribute for high number of surgeries in these population. According to the World Population Prospects Report published in 2017, the worldwide population is advancing toward higher age group. In 2017, an estimated 962 million people were aged 60 or over, which comprised 13% of the population worldwide. Moreover, the number is expected to reach 1.3 billion by 2025, registering a growth of around 3%, annually.

Increase in number of surgical and minimally intervention surgical needs is a major factor for driving growth of the global operating table market. For instance, according to the American Society for Aesthetic Plastic Surgery (ASAPS) 2016 statistics, the U.S. population invested over US$ 15 billion on combined surgical and non-surgical procedures, which registered an increase of US$ 1.5 billion, over the previous year (2015). The surgical procedures accounted for 56% of the total expenditures, while non-surgical procedures accounted for 44% of the expenditure, in 2016.