Orthopedic Power Tools Market to Surpass US$1.1 Billion Threshold by 2025

Orthopedics is the branch of surgery concerned with conditions involving the musculoskeletal system. The branch is characterized by both surgical and nonsurgical means to treat musculoskeletal trauma, spine diseases, sports injuries, degenerative diseases, infections, tumors, and congenital disorders. Procedures such as dissection, fixation, shaping, cutting, and fragmentation in orthopedic procedures are performed with the help of instruments and accessories powered with electricity. Moreover, several of these tools are pneumatic that are powered using nitrogen or compressed air. Pneumatic-powered tools are easy to handle as they are small, vibration free, and light in weight. Orthopedic power tools facilitate accuracy and speed while performing orthopedic surgeries. Light-weight, highly modular, easy-to-assemble, and user friendly orthopedic power tools are easier to handle as compared to conventional heavy tools. Such properties of orthopedic power tools are contributing to positive growth of the orthopedic power tools market.

Furthermore, advancement in technology and increasing geriatric population is expected to propel growth of the market. For instance, in March 2017, Stryker Corporation introduced a range of instruments under the brand name System 8 Power Tool. The tool is used for orthopedic applications and includes advanced System 8 SABO sagittal saw and System 8 cordless drivers that offer better accuracy and are more efficient.

However, contamination of sterile instruments, increasing expanse associated with manufacturing of orthopedic power tools, and stringent government regulations are factors hindering growth of the orthopedic power tools market. The standard registration fees by FDA for larger companies manufacturing medical devices has increased by 33% in 2018 with the 510(k) application fees rising by 125%.

According to Epidemiology of Surgical Site Infection, it was estimated that one out of 24 patients undergoing inpatient surgery in the U.S. suffer from post-operative surgical site infection, which is mainly attributed to contamination in the surgical instruments. Moreover, according to the Massachusetts Medical Device Industry Council, increase in tax by 2.3% has led 43.5% medical devices manufacturers to adjust their operations through reduction in R&D investments, lowering production costs, and reducing employee headcount. 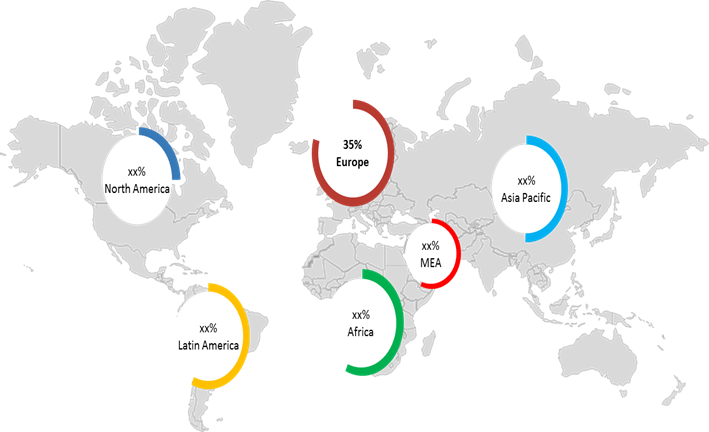 North America accounted for the largest share in the global orthopedic power tools market, followed by Europe in 2016. This is mainly attributed to increase in healthcare expenditure and large number of skilled healthcare professionals in North America. For instance, according to the National Health Expenditure Accounts, the annual U.S healthcare expenditure increased by 4.3% in 2016 as compared to previous year, accounting for US$ 10,348 per U.S. citizen. The major portion of the expenditure was dedicated towards development of surgical facilities and instruments.

Global players in the industry are partnering with companies and organization based in Asia, in order to expand their geographic presence in this highly lucrative market. This is expected to increase the availability of advanced equipment such as orthopedic power tools in the region. For instance, Stryker Corporation entered into a multi-year partnership with Indo-UK Institute of Health in November 2016, to deliver affordable orthopedic instruments in India.

Other factors such as new product launches and advancement in technology in these devices is also contributing to the market growth. For instance, in March 2017, Stryker Corporation introduced range of instruments under brand name System 8 Power Tool. The tool has advanced System 8 SABO sagittal saw and System 8 cordless drivers for better accuracy and efficiency.

However, contamination in the reusable devices, pricing pressure on manufacturers, and unfavorable reimbursement scenario are expected to restrain the market growth. For instance, according to CDC in 2011, the prevalence of healthcare associated infection were estimated at 157,500 surgical site infections in inpatient surgeries.