Philippines Radiotherapy Market to Surpass US$ 27.7 Mn Threshold by 2026

Radiotherapy, also known as radiation therapy, uses ionizing radiations that deliver targeted beams of radiation to kill and destroy cancer cells. The advanced technology used in radiotherapy works by bombarding cancerous cells with radiation to kill them, while minimizing damage to the healthy cells around them. Radiotherapy is the most potent treatment for cancer and when integrated with advanced technologies such as image guided therapy, which leads to enhanced control over tumor and toxicity.

Increasing initiatives by various government organizations to increase access to radiotherapy among patients suffering from cancer in Philippines is expected to create lucrative environment for the Philippines radiotherapy market growth.

For instance, due to high prevalence of cancer in Philippines, the Department of Health (DOH), Philippines, in 2016, decided to strategically establish cancer centers in hospitals to make quality radiation therapy services more accessible to cancer patients, especially those outside Metro Manila. 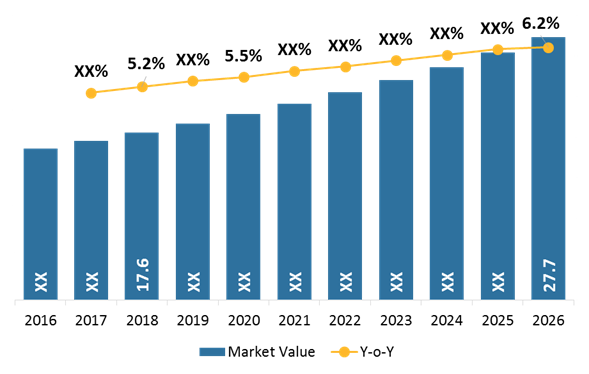 High prevalence of cancer in Philippines is expected to significantly increase the demand for its treatment procedures including radiotherapy and significantly support the Philippines radiotherapy market growth. For instance, according to the data published by Philippines Statistics Authority, in February 2018, neoplasms (also called as cancer) was found to be second leading cause of death after ischemic heart disease in Philippines and accounted for 10.4% of total death cases or around 60,470 death in 2016.

High price of radiotherapy devices such as CyberKnife and Gamma knife is expected to be one reason limiting its adoption, as setup of such devices needs high investment, which is not easily affordable by small hospitals in Philippines. Hence, high price of novel radiotherapy devices is expected to be a major factor limiting its adoption and restraining the market growth in Philippines.

For instance, according to the data published by First Dayton Cancer Care, CyberKnife is more expensive than ordinary linear accelerator devices. Investment cost for setting up such device is around US$ 5 million.

Furthermore, presence of alternative methods such as chemotherapy is expected to affect the adoption of radiotherapy and restrain market growth 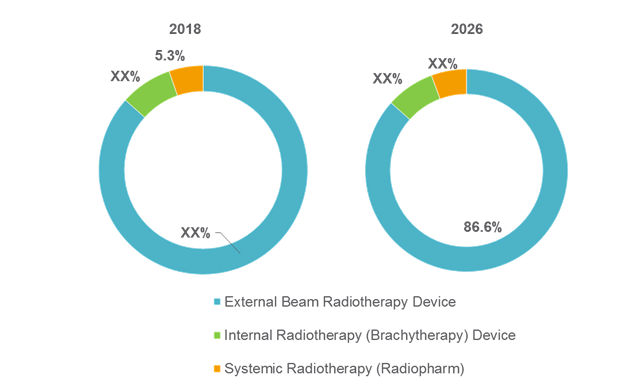 The prevalence of cancer is very high in Philippines and it was found to be second leading cause of death, according to the Philippines Statistics Authority estimates, in 2016.

Furthermore, access to radiotherapy is less in Philippines due to less adoption of devices such as Gamma Knife and CyberKnife.

There is a wide gap between the patient and radiotherapy treatment providers. Hence, key players in the market have opportunity to fill this gap by installing their devices in the region and fulfill these unmet needs.

According to the new guidelines, radiation-emitting medical devices are subjected to a new customs clearance release procedure administered by the Philippines FDA.

For shipment of each radiation-emitting devices in Philippines, importers must obtain Clearance for Customs Release (CFCR) certificate issued by the FDA’s Center for Device Regulation, Radiation Health, and Research (CDRRHR). Applications are processed within 3 working days for a fee of US$ 6 (Philippines Peso 300) per device.

Installment of novel technologically advanced radiotherapy equipment in Philippines for the treatment of various types cancer is expected to drive the Philippines radiotherapy market growth over the forecast period.

High prevalence of cancers in Philippines is expected to be another factor increasing demand for radiotherapy for its treatment and significantly support Philippines radiotherapy market growth in near future.