Global and China Catheters Market to Reach US$ 57.1 Billion by 2027

A catheter is a soft hollow tube, which is passed into the bladder to drain urine. Angioplasty, angiography, balloon septostomy, balloon sinuplasty, cardiac electrophysiology testing, and catheter ablation are some of the common procedures that require a catheter.

The global and China catheters market is estimated to account for US$ 57.1 Bn in terms of value by the end of 2027.

Increasing prevalence of chronic disorders is expected to propel growth of the global and China catheters market over the forecast period. For instance, according to the American Heart Association's Heart and Stroke Statistics 2019 Update, around 48% of all adults in the U.S. suffered from some type of cardiovascular diseases in 2016.

Europe held dominant position in the global and China catheters market in 2019, accounting for 34.9% share in terms of volume, followed by North America and Asia Pacific, respectively. 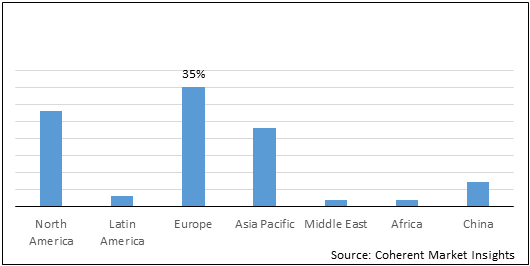 Moreover, risks of the cardiac catheterization procedure such as air embolism, bleeding, heart attack, infection, and kidney damage are also expected to hinder growth of the market. 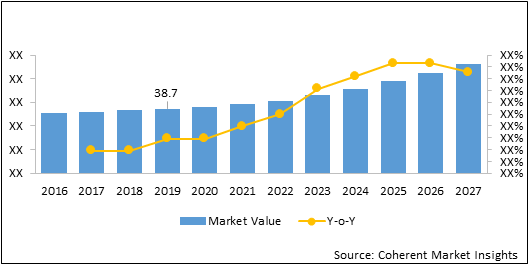 Major players in the market are also focused on adopting partnership strategies to enhance their market share. For instance, in November 2019, CATHETRIX, a developer of urinary Foley smart catheter fixations, signed an agreement with Pro-Lab Diagnostics for the distribution of CATHETRIXS innovative FoleySafe catheter securement device in Canada, U.S. and the U.K.

Catheter are inserted in the body for administration of intravenous fluids, medication or parenteral nutrition. Different type of catheters constitute of indwelling catheters, external catheters, and short-term catheters. Common procedures that require a catheter are angioplasty, angiography, balloon septostomy, balloon sinuplasty, cardiac electrophysiology testing, and catheter ablation. The major drivers for the growth of the market during the forecast period are increasing prevalence of chronic disorders, new product launch, increasing healthcare expenditure in developing economies and increasing prevalence of urinary incontinence.

Urology Catheters segment held the major market share in 2019 owing increasing prevalence of chronic diseases is expected to propel growth of the Global and China Catheter market over the forecast period.

Which are the key factors driving the growth of the Global and China Catheter market?

Major factors hampering the growth of the Global and China Catheter market during the forecast period constitutes of product recalls.

Which region held the largest market share in the Global and China Catheter market?

Europe market is expected to generate the highest revenue during the forecast period.