Rugged Thermal Cameras Market is Expected to Exhibit a CAGR of 9.1% Over the Forecast Period (2021-2028)

A rugged thermal camera or thermal imaging camera is a device that provides images with the help of infrared radiation. Such cameras are typically used in military and defense applications along with electronics, healthcare, energy & utility, automotive, etc. Cost reduction in the manufacturing of the technology has enabled many new applications are evolving such as used in smartphones, drones, etc. and this emerging application is poised to provide growth in demand.

In September 2021, Plus a global provider of self-driving truck technology announced that it is going to develop Thermal Cameras for Autonomous Trucks. 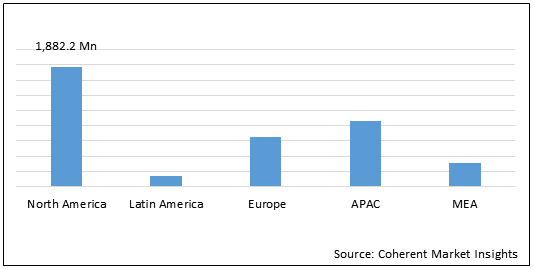 Un-cooled thermal cameras are primarily been used for security and surveillance application for the perimeter security of larger compounds, which is why these cameras are witnessing strong demand from regions such as the U.S., China, Russia, etc., countries having large industrial sectors, utilities, and critical infrastructure.

Thermal cameras are now been provided with smartphones having applications in the industrial and commercial inspection. Fire prevention is another important aspect for which thermal cameras are been used intensively for inspecting ruptured pipes supplying oil and fuel, which causes the majority of engine room fires causing loss of life and property. 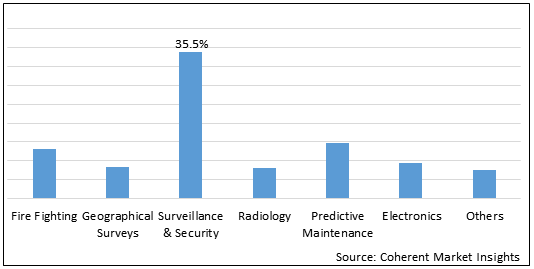 A high-resolution, rugged thermal imaging camera is essential in the fight against crime and terrorism, as well as saving lives. Yet, despite their great value and versatile application, thermal imaging cameras are often expensive and/or space-consuming, making them an undesirable investment for many business applications. Despite this, significant research and development have been done to improve thermal imaging technology to make current models more compact, energy-efficient, and resistant to wear and tear.

Digital transformation in many industries is expected to accelerate the global rugged thermal cameras market in the near future.

Which region holds dominant position in the market?

North America held dominant position in the global rugged thermal cameras market in 2020, accounting for 39.4% share in terms of volume.

What are prominent opportunities in the market?

Increasing defense budgets of the Middle East, Asia, and Eastern European economies is expected to propel the market growth over the forecast period.

What are major challenges in the market?

High price of thermal imaging cameras is expected to hinder the market growth over the forecast period.

Increasing application of thermal cameras in the electronic industry is one of the key trends in the market.

What are key players operating in the market?