Ski gear & equipment such as skis, helmets, boots, and poles among others, are used in skiing winter sports to glide through snow. Cambered ski was developed in Norway, used by farmers or hunters and has been transformed into a sporting activity, ever since. Increasing investment in ski infrastructure for the development of skiing is one of the factors driving growth of the ski gear & equipment market.

For instance, in January 2018, Les 3 Valless, the ongoing expansion and improvement in the ski resort infrastructure includes lifts, which encourage skiers to enjoy more of the existing marked ski run in the network.

Among product types, the helmet segment is projected to witness a significant growth over the forecast period, owing to increasing use of helmet in skiing, as it help to protect or reduce risk of head injuries from collisions or falls. According to the U.S. Consumer Product Safety Commission, the use of helmet by snowboarders or skiers can prevent around 44% of head injuries to adults and 53% in case of children below 15 years of age. Among applications, the alpine skiing or downhill segment is projected to witness significant growth over the forecast period due to increasing number of alpine skiers as compared to others. According to Snowsport Industries America (SIA), the total percentage of alpine skiers was 26.5%, whereas that of cross-country skiers was 10.6% in 2013.

Asia Pacific holds the fastest-growing market for ski gear & equipment owing to increasing government initiatives to encourage ski participation. For instance, in August 2017, skiing initiative “Get Into Snow Sports (GISS)” was launched in China as a part of Winter Olympics build-up by International Ski Federation (FIS) Academy to promote and develop the sport globally and to create new ski culture in China.

Furthermore, various players are focused on launching new products to expand their product portfolio, which in turn propelling the growth of ski gear & equipment market. For instance, in March 2018, Backcountry, online retail company, launched gearhead certified product that includes Backcountry touring collection which is a set of products specific to split boarding and ski touring. 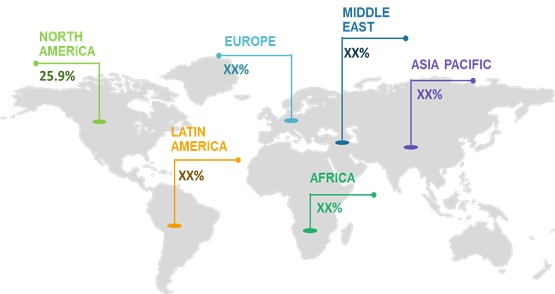 Skiing is a winter sport in which the participants use skis to glide on snow. Traditionally, such sports were played only in cold areas during winters, however, artificial ice and snow allows for enhanced flexibility. Increasing participation in skiing activities coupled with growing initiatives to encourage skiing participation, is expected to boost growth of ski gear & equipment market. Around 57.4 million skiers and snowboarders visited the U.S. during 2013–2014, as per stats released by National Ski Areas Association (NSAA).

Also, in June 2017, International Ski Federation (FIS), Sports Organization and Alisport entered into a partnership to develop 30 million snow sport participants in China, which aids in the growth of ski gear & equipment market.

However, increasing fatalities or injuries caused while skiing, is expected to hinder growth of skiing industry, in turn negatively impacting the market growth. According to National Ski Areas Association (NSAA), 39 fatalities occurred during 2015-2016 and increased to 44 fatalities during 2016-2017.

North America is expected to show significant growth in the global ski gear & equipment market, owing to increasing international trading activities. According to the U.S., the total value of import in ski and snowboard equipment market increased by 9.7% since 2009 to a total of 115 million in 2013.

Asia Pacific is expected to be the fastest-growing region in the global market over the forecast period. This is attributed to supportive government initiative to increase ski sport participation. For instance, in August 2017, Get Into Snow Sport (GISS), Skiing initiative to be launched in China as a part of Winter Olympics build-up. This initiative operates through a partnership between the International Ski Federation (FIS) and Beijing Sports University in collaboration with the Chinese Ski Association.

What are the growth estimates for ski gear & equipment market till 2025?

Which are the prominent ski gear & equipment market players across the globe?

Which segment based on product type, accounted for the highest demand in the ski gear & equipment market?

Among product type, helmet segment is estimated to witness significant growth over the forecast period, owing to increasing use of helmet in skiing, as it helps to protect or reduce risk of head injuries from collisions or falls.

What are the key factors driving growth of the ski gear & equipment market?

Increasing participation in skiing is one of the major factors that is expected to propel growth of the market over the forecast period.

What is the Compound Annual Growth Rate (CAGR) of the ski gear & equipment market for next 8 years?

The global ski gear & equipment market is estimated to exhibit a CAGR of 2.9% over the forecast period.

Which region is dominating the ski gear & equipment market growth?

Among regions, North America is expected to hold dominant position in the ski gear & equipment market.

Personal protective equipment is a safety tool used by workers to protect against hazards at the workplace. ...