Skin Rejuvenation Devices Market to Surpass US$ 2 Billion by 2026

There are various device based methods of skin rejuvenation such as microdermabrasio, laser-based methods, intense pulsed light photo rejuvenation, sub surfacing non ablative lasers, fractional resurfacing, and radiofrequency devices. These methods can be used alone or in combination, according intensity of the skin problem. 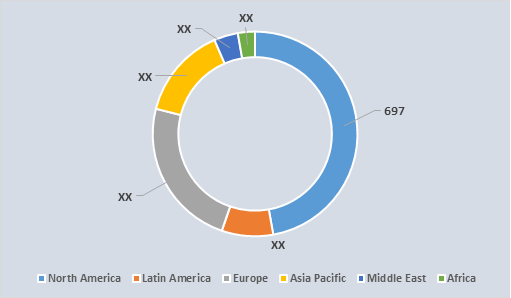 According to 2017, Plastic Surgery Statistics Report by American Society for Plastic Surgeons, around 667,561 and 656,781 intense pulsed light treatment for skin resurfacing procedures in the U.S. were conducted in 2017 and 2016 respectively. According to same source, around 740,287 microdermabrasion procedures were conducted in 2017. Such high number of skin rejuvenation procedures are expected to drive the skin rejuvenation devices market growth.

However, lack of reimbursement for skin rejuvenation procedures by insurance companies is expected to limit the utilization of the procedure, in turn restraining growth of the market. According to the American Society of Plastic Surgeons (ASPS), each session of the non-ablative laser treatments cost around US$ 1,031 per session, while ablative treatments cost around US$ 2,330 per session. 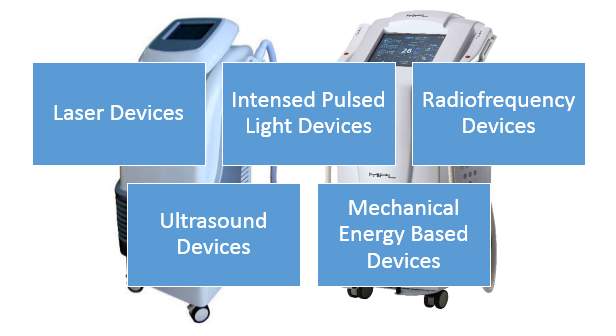 Various manufacturers are launching new devices and promoting adoption of skin resurfacing devices, which is expected to propel the growth of skin rejuvenating devices market. In January 2018, Korea-based Lutronic launched a new laser device Lase MD for skin rejuvenation. It is 1,927 nm Thulium laser, which is designed to provide customized skin resurfacing to patients of all ages and skin-type, through fractionated treatments with minimal downtime. The laser with device creates micro-channels with minimal disruption to the outermost layer of the skin, stratum cornium, and leaves the tissues untouched for better permeability and fast healing. In April 2017, BISON MEDICAL’s CYMA clinic CO2 laser system was granted with 510(k) clearance from the U.S. FDA. It opened up strong market such as U.S. which has world highest annual skin cosmetic procedures for this laser system

Skin rejuvenating device are highly utilized with increased preference for minimally invasive aesthetic procedures that cures skin problems. According to the report by International Society of Aesthetic Plastic Surgery titled Global Aesthetic Survey Results published in the 2017, around 14% rise was reported in skin rejuvenation procedures worldwide in 2016. According to same source, around 2,545,922 facial rejuvenation surgeries were conducted worldwide in 2016.

Furthermore, increased prevalence of skin related disorders and rise in old age population is expected to propel demand for the skin rejuvenation devices. According to a study published in the British Journal of Dermatology, in 2015, around 9.4% of global population was estimated to be affected by acne. Furthermore, Photon-based therapy and lased-based therapy are emerging as new trend in acne scars treatment, which would contribute to market growth of the skin rejuvenation devices market.