Press Release: Virtual Reality in Gaming Market Is Expected to Exhibit a CAGR of 28.6% During the Forecast period (2020-2027)

Virtual Reality in Gaming Market Is Expected to Exhibit a CAGR of 28.6% During the Forecast period (2020-2027)

The global virtual reality in gaming market is estimated to account for US$ 38,331.5 Mn in terms of value by the end of 2027.

Gaming industry is rapidly adopting advanced technologies than other entertainment sectors. End users are increasingly expecting real environment of games, due to advancement in technology. One of the key advantages of VR is that it provides a realistic representation of the player during the game, which makes it more intuitive and lucrative for existing users. Besides, graphics play a vital role in the realistic gaming experience. Technologies such as 3D effects and interactive graphics provide real-time experience to the user. For instance, the gaming device such as Oculus Rift 3D gaming glasses that are equipped with two high definitions (HD) screens for both the eyes provides a better view during the game. The feeling of real presence can be achieved on five aspects including interaction, emotions, immersion, real-time and cognitive science. Thus, these factors are expected to drive growth of the global virtual reality in gaming market during the forecast period.

Users are seeking new and advanced technology in entertainment, due to rising disposable income. According to the U.S. Bureau of Economic Analysis, the total disposable personal income in the U.S. increased to US$ 12,822.6 billion in April 2014 from US$ 12,778.0 billion in March 2014. Virtual reality in gaming provides an attractive source of entertainment as user can experience the real environment during the game. Furthermore, according to the World Bank, the average purchasing power parity per capita of the U.S. in 2012 was USD 52,610. Hence, these factors are expected to propel the global virtual reality in gaming market growth over the forecast period.

North America held dominant position in the global virtual reality in gaming market in 2019, accounting for 35.6% share in terms of value, followed by Europe, APAC and ROW respectively. 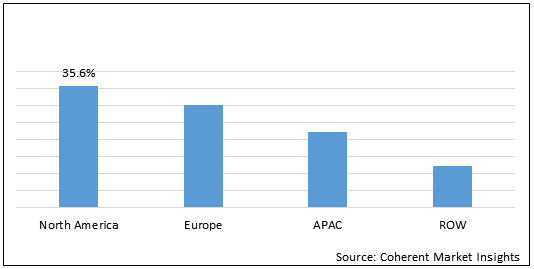 The technology involved in virtual reality is highly complex and is operated by limited users. Many games use massively multiplayer online game architecture, which is difficult to upgrade if needed by the user. Further, the demand for better characters and stories in the game increases the complexity of visual display. Efficient streaming of content to wireless portable devices and for game download has also been an important issue. Streaming of media plays a prominent role in delivery of dynamic content to personal computer (PC) based virtual reality gaming. Hence, these factors are expected to hamper the global virtual reality in gaming market growth over the forecast period.

Currently, the various input devices used for virtual reality games including glasses or goggles, head-mounted display (HMD), gloves, data suites, joysticks, and workbenches are quite expensive and uncomfortable to use. Furthermore, there are haptic devices that enable a user to feel a sense of touch when they operate an object within a virtual environment. However, virtual reality gears and devices are incomprehensible and uncomfortable. Major market players are focused on research and development activities, in order to provide more comfortable and compact VR gaming devices. As a result of this, the gears will be lighter, smaller, and affordable. The bulky head-mounted display would be replaced with small-sized lighter models that are comfortable to use and become more compact.

Key companies in the market are focused on research and development activities, in order to innovate novel products and expand the market presence. For instance, in April 2014, Electronic Arts Inc. launched the FIFA World Cup game for XBOX 360 and PS3 console as a standalone product. Furthermore, in December 2013, Nintendo Co. Ltd. Introduced a new game with working title Hyrule Warriors, a hack and slash action video game. 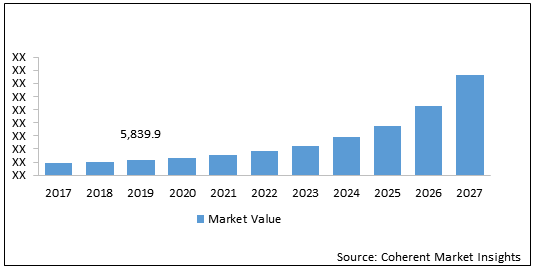 A microdisplay is a miniaturized display with screen size less than two inches diagonal. These devices are used in rear-projection TVs and in head-mounted displays (HMDs) to enhance the user experience. Key players in the market are increasingly adopting microdisplays in virtual gaming to provide an enhanced user experience. It offers improved UXGA resolution and high speed and also avoids motion sickness during usage. This trend is expected to continue during the forecast period, owing to the diverse use of microdisplays.

Major players in the market are involved in merger and acquisition activities, in order to enhance the market presence and gain a competitive edge in the market. For instance, in July 2013, Linden Lab Inc. acquired Desura Net Private Limited, a digital distributor for personal computer gamers.

Developer of virtual reality games include the companies focused on designing and implementing the features of the game. The development process of a game includes pre-production stage, software development and post-production stage. Pre-production stage involves designing of prototypes and features of a game. Software development starts after the approval of the design, which involves development of graphics and sound technology. First party developers are those who manufacture and develop games and consoles exclusively for the company. Second party developer include two different types of developers – those owning independent studios and entering into contracts with platform holders (the development is usually exclusive to that platform), and studios that are wholly or partially owned by platform holders. Third party developers are called upon by publishers to develop a title for one system. Both, the publisher and the developer have considerable inputs in developing content and design for the game. An example of a third party developer is Turtle Beach which is a third party headset manufacturer for PlayStation 3 and XBOX 360. Independent developers are not owned by a single publisher. Some of the developers self-publish their game relying on internet and other publicity media such as word-of-mouth. 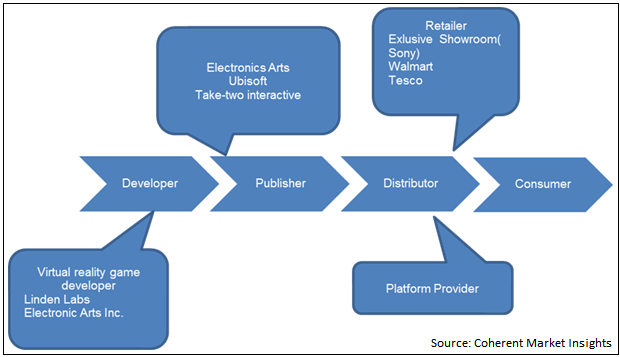 Many countries around the globe such as India, Spain and Italy have imposed nationwide lockdown. For Instance, India have imposed lockdown from 25 March to 1 June till the further notice. In this lockdown retail shops and the malls remained closed. Due to lockdown, the sales of electronics and gaming devices affected drastically. Moreover in India, the manufacturing facilities operated in limited manpower. Hence, COVID-19 restrained the growth of the market during the year 2020.

The demand of VR technology in the gaming industry is rapidly growing owing to the immersive gaming experience offered by the gaming devices to the gamers. In the recent past, key market players in the market are focusing on the developing advanced hardware which can produce higher graphic quality results. The demand for these devices is rapidly growing. For instance, In April 2020, Sony Corporation, a Japan based technology company announced its latest VR supported gaming council known as Sony PlayStation 5, where company focused on new generation hardware to support graphics intensive gaming. Further, this device also supports VR game streaming using high speed internet.

Although VR streaming offers superior gaming experience, initial cost of these devices is high. For instance, PlayStation 5 (which is mentioned in earlier example) costs around US$ 500 - 600. Apart from gaming console other connected devices such as HMD, sound system also needs be equipped to provide VR content. Thus, combining all these devices the end cost to experience VR drastically increases. Such high initial cost of the devices may hamper the growth of the global virtual reality in gaming market during the forecast period.

Which segment, based on components, accounted for the highest demand in the market?

Which are the key factors driving the growth of the virtual reality in gaming market?

Major factor driving the growth of global virtual reality in gaming market during the forecast period are rapid innovation in technology and rising disposable income of consumers.

Major factor hampering the growth of the virtual reality in gaming market during the forecast period is High cost of reality gaming devices.

Which region held the largest market share in the virtual reality in gaming market?

North America virtual reality in gaming market is expected to generate the highest revenue during the forecast period.

Human body consists of about 60% of water. Waterborne diseases are caused by the pathogenic micro-organisms present in...