Vitreous Tamponades Market to Reach US$ 92.3 Million by 2027

Complex cases of diabetic retinopathy, retinal detachments, proliferative vitreoretinopathy, giant retinal tears and trauma cases usually demand vitreous surgery for repair. In such cases, intraocular tamponades plays a vital role in providing support to the retina and preventing the passage of fluid through the retinal breaks.

The global vitreous tamponades market is estimated to account for US$ 92.3 Mn in terms of value by the end of 2027.

North America held dominant position in the global vitreous tamponades market in 2019, accounting for 33.1% share in terms of value, followed by Europe and Asia Pacific, respectively. 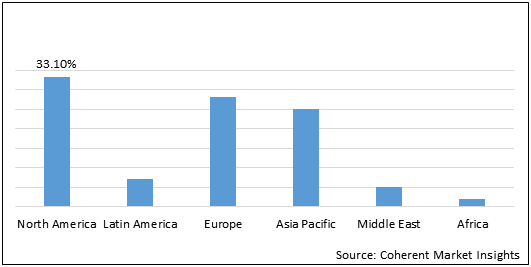 Moreover, reduced R&D expenditure by companies, resulting in lack of product innovation is also expected to limit the market growth.

Moreover, development of innovative products in future is also expected to aid in growth of the global vitreous tamponades market. 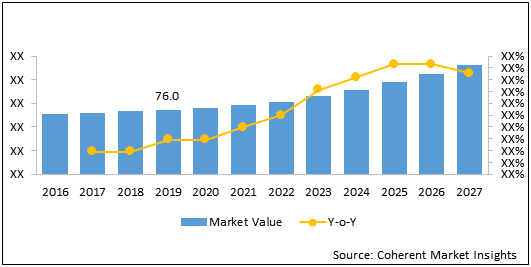 Silicone oil is one of the most commonly used tamponade agents in vitreoretinal surgeries. However, there are multiple adverse effects and complications of silicone oil such as secondary angle closure congestion, and anterior rotation of the ciliary body.

Major players in the global vitreous tamponades market are focused on strengthening its position in the market. For instance, in March 2020, Alchimia srl announced the incorporation of Alchilife Srl, an Italian Research & Development company specialized in the ophthalmic field. 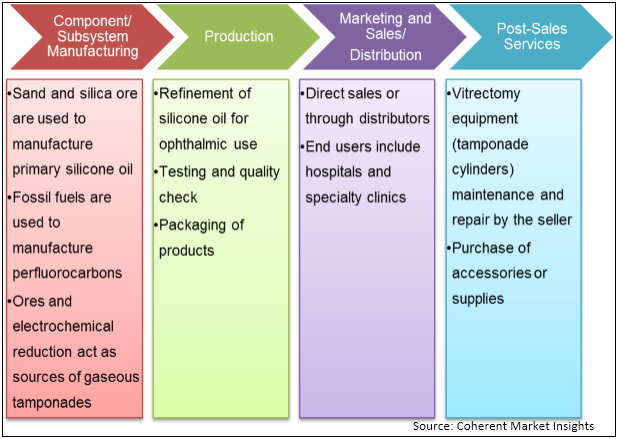 Major players in the global vitreous tamponades market are focused on adopting M&A strategies to expand their product portfolio. For instance, in December 2018, Alcon, Inc. acquired Tear Film Innovations, Inc., a privately-held company and manufacturer of the iLux Device, a therapeutic device used to treat Meibomian Gland Dysfunction, a leading cause of dry eye.

Vitreous tamponades are essentials used in vitrectomy procedures for healing or reattachment of retina and in vitreous dysfunction. These are used majorly used in various retinal disorders such as retinal detachment, diabetic retinopathy, retinitis pigmentosa, retinal degeneration, vascular occlusion, macular hole, epiretinal membrane, macular edema, uveitis, and retinopathy of prematurity. Increasing prevalence of diabetic retinopathy along with increasing research and development for new efficient product is expected to drive the market growth during the forecasted period.

Which are the key factors driving the growth of the Global Vitreous Tamponades market?

Which region held the largest market share in the Global Vitreous Tamponades market?