White spirit is also referred to as mineral turpentine, is a petroleum-based clear liquid that is used as an organic solvent in paint industry. White spirit consists of alicyclic-, aliphatic-, and aromatic-hydrocarbons with carbon numbers ranging from C7 to C12. They are mainly used as a paint thinner and as a solvent for extraction, degreasing, and cleaning the machine components. It is an inexpensive petroleum-derived substitute for the vegetable-based turpentine. It is less flammable and less toxic and is also used to thin inks for making mono-prints.

Strong economic growth and changing demographics across major countries such as Brazil, Russia, China, and India is expected to propel the demand for white spirit. Moreover, the development of infrastructure across the developing region coupled with the growing demand for white spirit from the automotive industry is another major factor projected to fuel the market growth of the white spirit. Furthermore, the rising number of the manufacturing industry around the globe is also expected to foster the market growth of white spirit over the forecast period.

Growing demand for the white spirit as a turpentine substitute as it is an inexpensive petroleum-derived product commonly used as a paint thinner for oil-based paint and cleaning brushes is expected to fuel the market growth of white spirit. Moreover, rising demand for white spirit from artists since it is less flammable and comparatively less toxic is also projected to foster the market growth of white spirit over the forecast period. Furthermore, it is also preferred by end-user because it doesn't contain any residual sulfur. 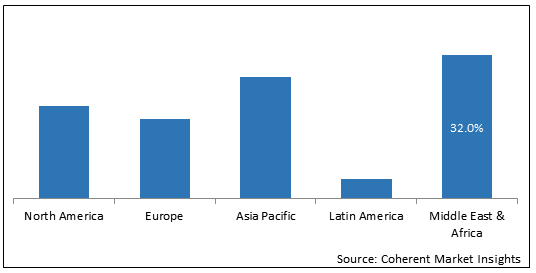 The rising launch of new and innovative products in the white spirit is expected to fuel market growth over the forecast period. For instance, in October 2017, THAI Beverage Plc (ThaiBev), Thailand’s biggest beverage and food conglomerate, announced the launch of a new white spirit product – Ruang Khao Silver – to tap core white spirit markets in Myanmar, Vietnam and the Philippines. Hence, the increasing launch of a new and innovative product is projected to fuel market growth.

Ongoing urbanization, increasing population, and rising per capita income of the consumers are some of the other important factors fueling the market in the Asia Pacific. According to the Economic Times, the per capita net national income of India during 2017-18 is estimated to be Rs 1,11,782 showing a rise of 8.3 percent as compared to Rs 1,03,219 during 2016-17 with the growth rate of 9.7 per cent. Hence, the rising per capita income of the individuals in the Asia Pacific region is expected to fuel the market growth.

The rising production of automobiles in the U.S region is expected to foster market growth over the forecast period. In 2018, the U.S. automotive industry contributed 2.7% to U.S. gross domestic product. That's US$ 545.4 billion out of the total $20.5 trillion produced. Of that, US$ 327.1 billion was auto manufacturing and US$ 218.3 billion was vehicle retail sales. The white spirit has a wide range of applications in the automotive industry. 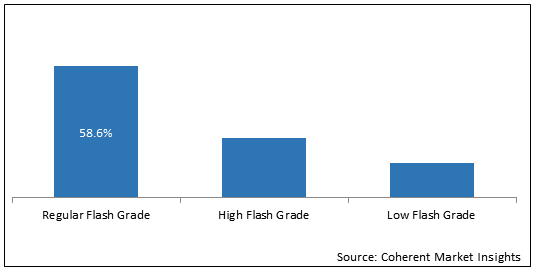 As the impact of the ongoing pandemic on the global white spirits market continues to come into focus. Moreover, paints & coating manufacturers have started operating their production facilities in Q3 of 2020 which has helped in boosting the growth of the market last year

White spirits are also known as mineral spirits, varsol, and petroleum spirits derived from petroleum. It is used as common organic solvent in paints, aerosols, varnishes, asphalt products, lacquers, wood preservatives, and for cleaning & degreasing machine parts. In Europe, 60% of the total white spirits consumption is utilized for varnishes, paints, and lacquers. It is majorly used as solvent in paint industry. Furthermore, white spirits is commonly used to clean paint brushes in residential applications. The growth of end-use industries including paint industry is projected to boost the demand for white spirits over the forth coming years.

On the basis of region, Middle East & Africa accounted for the largest share, in terms of revenue in 2019 and contributed for 32% in 2019, followed by Asia Pacific and North America. Moreover, Middle East & Africa is anticipated to record fastest growth in terms of revenue in the global white spirits market during the forecast period (2020 to 2027).

“*” marked represents similar segmentation in others categories in the respective section.

What are the Major growth driving factors for the market during the forecast period?

Strong economic growth and changing demographics across major countries by major players is fuelling the growth of the market in the region.

What are the trends in the global White Spirits market?

Expanding chemical industry across the globe is expected to favor market growth over the forecast period.

What are the key factors hampering the growth of the global market?

Risk associated with the usage of white spirits as acute exposure can cause central nervous system depression is expected to hamper the growth the market during the forecast period.