The global alfalfa seeds market size was valued at USD 750.1 million in 2021 and is anticipated to witness a compound annual growth rate (CAGR) of 6.5 % from 2022 to 2030. Various factors such as increased population, rising income level, and demand for quality agricultural seed are expected to drive the market growth.  Rise in livestock production is expected to increase the demand for alfalfa seeds. In addition, the growth in the livestock population will increase the demand for better forage crops. Moreover, the increased demand for dairy products is expected to create lucrative growth opportunities for the market in the near future.

With the increasing demand for dairy products, the Asia Pacific region is expected to witness the fastest growth rate in the forecast period. This growth is mainly due to the growth in livestock population, which is requiring the expansion of forage crop area. Moreover, increasing demand for quality agriculture seed is also fuelling the growth of this market. In addition to this, increasing awareness about nutrition levels of alfalfa is likely to boost the market growth in the forecast period. 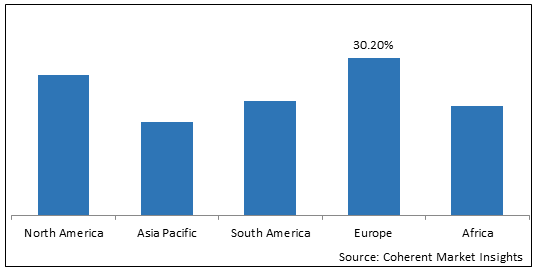 Decreasing land for grazing is expected to provide lucrative growth opportunities for alfalfa seed market. According to the data provided by Desertification and Land Degradation Atlas of India, all Indian states have recorded an increase in degraded land in the past 15 years, with the most rapid increase being noted in the biodiversity-rich northeastern states. Currently, 97.85 million hectares (mha) of land — an area 2.5 times the size of India’s largest state Rajasthan— has already been degraded. Of this, 3.32 mha — an area 22 times the size of Delhi — has been added in the 15 years between 2003-05 and 2018-19.

Increasing focus on improving productivity and efficiency of the feed is projected to serve major growth opportunities for market in the near future. High quality animal feed and nutrition plays crucial role as there is a high demand for quality meat products especially in countries such as Japan, China, Mexico, UAE, and Brazil where meat consumption is high. Thus, this is expected to provide promising growth opportunities.

Growing popularity of hay is expected to contribute to the market growth of alfalfa seed. Hay are affordable and are highly preferred by farmers from all income groups. Expanding dairy and the meat industry worldwide is driving demand for alfalfa hay, hence fueling growth of the alfalfa seed market.

Changing lifestyle of consumers and increasing disposable incomes of consumers is expected to uplift the market growth over the forecast period. Increasing use of alfalfa in cattle feed is a growing trend encouraging key players to offer new products and adopt business strategies in the alfalfa market.

Low awareness among farmers across developing countries is also expected to negatively impact the market growth over the forecast period. Most of the countries are not well aware of the forage crops and its advantages. They are still following the traditional techniques to feed their lives stocks. 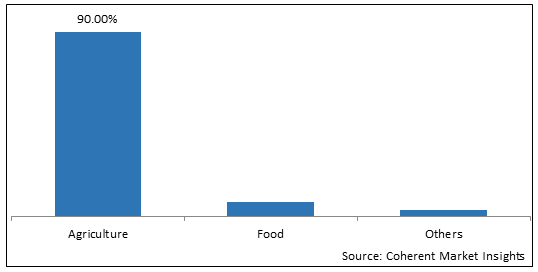 *Definition: Agricultural seeds play an important role in livestock production. Alfalfa seeds are rich in protein and higher in vitamins. They also provide high yields per hectare. They are also known for their ability to improve soil structure. Alfalfa seeds are also used in many foods, including baked goods and ice cream. They are also used as a flavor enhancer. Recently, agricultural seed companies have developed improved products that can increase livestock production.

Alfalfa seed is a great source of vitamins and antioxidants. It can add nutritional value to many recipes, and is high in fiber. In addition, alfalfa seeds can be sprouted for additional nutritional benefits. Alfalfa grows well in a wide range of environments and soil conditions. It thrives in areas with high moisture and full sun. Alfalfa seed is also very hardy and drought resistant. Alfalfa is also a good attractant for wildlife. It is easy to grow and does not require pesticides. It can be planted spring or fall.

On the other hand, lower yield than other forage crops is expected to restrict the market growth.

Growing industrial livestock production due to increasing demand for meat product and increasing adoption of hybrid seeds are fuelling the market.

The Agriculture Application segment is the leading component segment in the market.

Need for large quantity of water for irrigation and low awareness among farmers across developing countries are the major factors restraining market.