Increasing prevalence of cancer is expected to boost growth of the global contrast media injectors market over the forecast period. For instance, according to the World Health Organization, cancer is the second leading cause of death worldwide and is resulted in around 9.6 million deaths in 2018.

Moreover, increasing investment by government and private organizations in contrast media injectors and treatment and management of chronic diseases is also expected to boost growth of the market. For instance, in December 2019, the Government of Australia announced to invest US$ 5 million in a new funding round for research into the primary and secondary prevention of cancer through the National Health and Medical Research Council's partnership with the Global Alliance for Chronic Diseases. 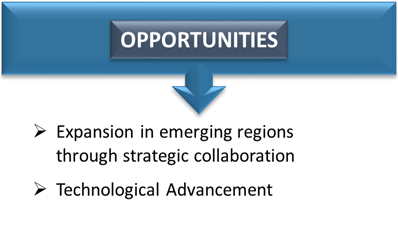 Moreover, key players in the market are focused on product approval and launch to expand their product portfolio. For instance, in May 2018, General Electric received the U.S.FDA indication approval for Visipaque (iodixanol) injection for use with coronary CT angiography.

Key players in the market are focused on launching new products to expand their product portfolio. For instance, in November 2019, Bracco Diagnostics Inc. launched new contrast media and device offerings at the 2019 Radiological Society of North America (RSNA) Annual Meeting.