Cryopreservation Equipment Market to Surpass US$ 11.60 Billion Threshold by 2025 Globally

Cryopreservation is a process of maintaining biological samples in a form of suspended state at cryogenic temperature for considerable period and is used to preserve the fine structure of cells. Through this process, samples of cells, tissues, and organelles are cooled at very low temperatures (less than -2130F), for preservation. Cryopreservation is primarily used in the preservation of oocytes and embryos with in-vitro fertilization (IVF) cycle, prior to chemotherapy for women diagnosed with breast cancer, in order to preserve their reproductive capacity. Moreover, frozen embryos are found to provide similar results as fresh embryos. For instance, according to the Assisted Reproductive Technology in Australia and New Zealand 2013 report published by UNSW's National Perinatal Epidemiology and Statistics Unit (NPESU), over 25% increase has been recorded in the birth rate associated with frozen embryo transfers over the last five years, rising from 18% to 23%. Additionally, IVF treatments using frozen embryos increased from 39% of IVF cycles in 2009 to 45% of cycles in 2013. Linde LLC introduced its new CRYOLINE CWI CRYOWAVE impingement freezer at the International Production & Processing Expo (IPPE) in Atlanta, in January 2018. Company’s new product combines the benefits of CRYOWAVE product agitation with cryogenic gas impingement flows, which utilizes liquid nitrogen to freeze products. 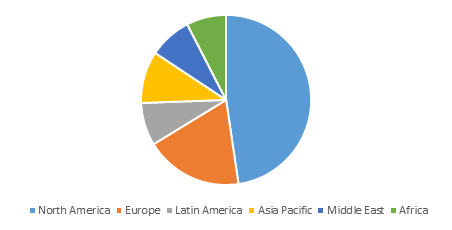 New York Blood Center (NYBC) initiated the National Cord Blood Program, in 1992, to investigate, collect, process, freeze, and store the cord blood cells in liquid nitrogen freezers, which are used when patients with hematopoietic transplants are unable to find compatible bone marrow donors. NCBP is the first and largest cord bank in the world, which recorded a collection of over 60,000 cord blood units, till 2016. NCBP has provided cord blood units for transplantation to over 4,900 recipients, throughout the world. Additionally, in 2011, Canada’s Ministry of Health, initiates Canada’s first national, publicly funded umbilical cord blood bank, which aims to provide the donations for the allogeneic hematopoietic stem cell transplant.

Besides, cryopreservation of gametes and embryos are the important aspects of Assisted Reproductive Technology (ART) and in-vitro fertilization (IVF) treatments. According to the data published in the Oxford University Press (OUP) in November 2016, cryopreserved embryo transfer cycles is growing in the Europe. The cryopreserved cycles are contributed to 32% of the transfers in 2011 compared to the 28% in 2010. Some countries in Europe such as Switzerland, Finland, Netherlands, Sweden, and Iceland, recorded the proportion of cryopreserved embryo transfer as higher than 50%, in 2011.

Growing advancements in cord-cell preservation, long-term preservation of pluripotent stem cells, bone marrow, and umbilical cord blood preservation, to obtain multiple regenerative and tissue engineering application, is driving growth of the cryopreservation equipment market. Stem cells are specialized cells capable of being regenerated through cell division and differentiated into multi-lineage cells. Mesenchymal stem cells (MSCs) are adult stem cells, which have multi-lineage potential, immunomodulation, and are capable of secreting anti-inflammatory molecules, thus proving to be an effective tool in the treatment of chronic diseases. Moreover, the increasing burden of chronic diseases such as arthritis, stroke, cancer, diabetes and among others and growing trend of cryopreserving human mesenchymal stem cells are expected to boost demand for cryopreservation equipment. For instance, according to the Centers for Disease Control and Prevention (CDC), seven of the top causes of deaths in 2014, were due to chronic diseases, with cancer and cardiovascular diseases accounting for around 46% of the all deaths in 2014, worldwide.

What are the growth estimates for cryopreservation equipment market till 2025?

The global cryopreservation equipment market is estimated to surpass US$ 11.60 Billion by 2025.

Which are the prominent cryopreservation equipment market players across the globe?

What are the key factors hampering growth of the cryopreservation equipment market?

Low awareness about the benefits of preserving umbilical cord banking (UCB), limits its application in the long runand this is one of the major factors that is expected to hamper growth of the market over the forecast period.

What are the key factors driving growth of the cryopreservation equipment market?

Increasing number of government initiatives for preservation of stem cells is one of the major factors that is expected to propel growth of the market over the forecast period.

What is the Compound Annual Growth Rate (CAGR) of the cryopreservation equipment market for next 8 years?

The global cryopreservation equipment market is estimated to exhibit a CAGR of 13.2% over the forecast period.

Which region held the largest market share in the cryopreservation equipment market?

Among regions, North America market accounted for the largest market share, followed by Europe in 2016.