Curved televisions advanced features such as ultra-high definition (UHD) resolution and better picture quality. Curved designs of television create a more uniform and balanced view as compared to their flat televisions. Also, with the use of slight curvature, the geometric distortion can be reduced by 50% at a typical 8-foot viewing distance.

North America region held dominant position in the global curved televisions market in 2020, accounting for 41.99% share in terms of volume, followed by Europe and APAC, respectively. 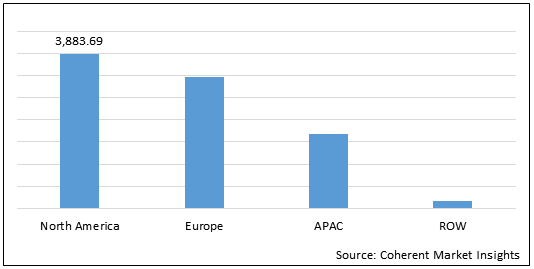 Aggressive marketing strategies for promoting the curved television coupled with the launch of affordable curved television is projected to bring new market opportunities in the near future. For instance, in August 2017, Mitashi has launched the cheapest curved Smart LED TV in India. The 32-inch Curved LED TV is priced at Rs 22,990 and the 39-inch TV is priced at Rs 39,990. Both televisions are exclusively available online on Amazon and can also be purchased from offline stores in the country.

The influence of social media marketing strategies on the consumer is increasing the sale of curved television. Growth in smart cities coupled with the increasing number of retail stores for televisions is again expected to fuel market growth. 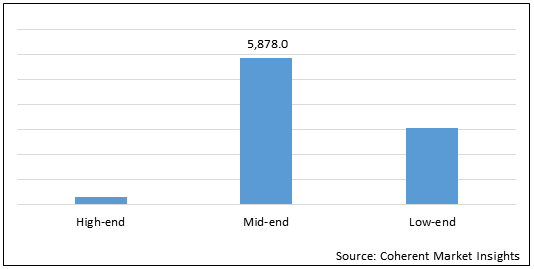 The high cost of curved televisions is projected to restrict the adoption of the product across the low-income population. Thus due to the high cost, the product has a limited number of targeted customers. Only commercial trade centers, shopping malls, and people with high income can afford curved TVs.

There are many TV brands in the market that are offering great curved TVs at different price ranges. There are numerous features that makes these TV sets much more attractive than the traditional flat-screen ones. Flat-screen TVs consume more electricity and other energy sources to display video content whereas curved TVs consume much less electricity as they are more efficient. Another great feature of curved television models is that they provide a wider field of view compared to flat TVs.

Increasing technological advancement in curved television is expected to uplift growth of the market. For instance, in July 2021, Samsung announced the launch of a Mini LED curved gaming monitor. It uses the Quantum Mini LED light source that is 1/40 the height of a conventional LED, which is also used in Samsung’s Neo QLED TVs.

On the other hand, the high cost of curved television is expected to hinder growth of the market.

Increasing technological advancement in television and growing usage of consumer electronic products are the factors fuelling growth of the market.

The mid-end segment is the leading component segment in the market.

High cost is expected to hinder growth of the market.

Why is the North America region dominating the market?

Air conditioning is a system used to cool down space by re...

A rugged thermal camera or thermal imaging camera is a dev...