Press Release: Green Refrigerants Market to Surpass US$ 30.00 Billion by 2027

Among application, transport refrigeration is projected to increase in demand due to rise in trading of perishable commodities, food, and medical supplies. Green refrigerants being cheap and efficient solutions for transportation across countries is one of the leading factors for growth of refrigerated transport industry. Technological developments in green refrigerants-based systems aid in avoiding harmful effects of synthetic refrigerants. The main aim of these refrigerated transport carriers is to maintain the product quality and minimalize losses due to food spoilage. According to an International Institute of Refrigeration (IIR) report, around four million refrigerated vehicles function across the globe. However, lack of infrastructure in emerging economies, expensive product maintenance, and inflation in fuel costs are expected to hamper the segment growth over the forecast period.

Among regions, Europe has been a key center for research and development of natural refrigerants used in Heating, ventilation, air conditioning and refrigeration (HVAC&R) sector. The main driving factor behind this was the F-gas regulation, which was implemented by European Union in 2015 with an aim to reduce emissions of Fluorinated greenhouse gases due to refrigerant leaks and degradation of refrigeration and cooling appliances. Moreover, over 150 F-gases with GWPs were banned in the domestic refrigeration and air conditioning sector of Europe to achieve 21% reduction in use of F-gases by 2030. 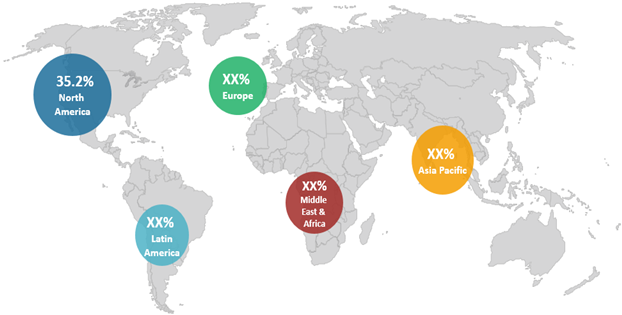 Large supermarkets and hypermarkets play a significant role in the growth of green refrigerants market over the forecast period. Leading players are switching their preferences towards manufacturing green refrigerant-based cooling systems. For instance, Carrefour, Europe-headquartered multinational stores, almost shifted its HFC-based refrigeration systems to CO2 based refrigeration systems. By 2017, they had 170 transcritical CO2 based systems functioning across 7 different countries and a total of 418 stores operating with natural refrigerants. Furthermore, key challenge for smaller companies in Commercial refrigeration sector is the difficulty to implement a natural refrigerant based technology especially in regions with warm and humid climate such as South Asia, Middle East, and parts of Latin America due to the higher cost and lower energy efficiencies of green refrigerant-based technologies. 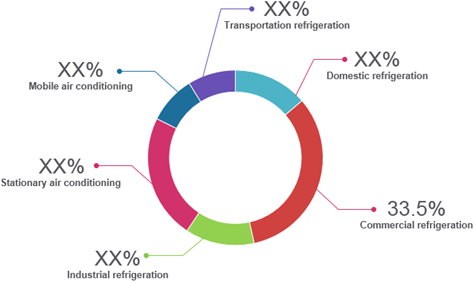 Natural existing refrigerants such as CO2, hydrocarbon, ammonia, hydrofluoroolefins (HFOs), and water are preferred in refrigeration industry especially for residential and commercial cooling and refrigeration purposes in buildings, owing to their low-GWP, minimum ODP, ease of availability, and low cost. The market is expected to record substantial growth over the forecast period (2019 to 2027), owing to rising demand for refrigeration, cooling, and heating systems.

Moreover, in April 2019, research teams from Polytechnic University of Catalonia and Chinese Academy of Sciences entered into a collaboration for a research on developing a new variety of refrigerant, which uses colossal ‘baro-caloric effects’, where a solid material is made to undergo temperature changes during the process of compression and expansion. The main aim of the research is to develop cooling systems, which do not use hydrofluorocarbons, as it possess a significant threat to environment for its extremely high GWP equivalent to 2T of carbon dioxide.

Montreal protocol, was implemented by United Nations in 1987, with the aim to cut the consumption and production of synthetic refrigerants like Chlorofluorocarbons (CFCs) and Hydrochlorofluorocarbons (HCFCs) which caused depletion of the ozone layer. This caused a resurgence in demand for Natural refrigerants in refrigeration industry. Moreover, in 1997 Kyoto protocol was globally established by UN to minimize the emissions of Hydrofluorocarbons (HFC) and other greenhouse gases. According to the United Nations Environment Programme (UNEP), the nations involved in the Montreal Protocol eradicated 98% of ozone depleting substances (ODS) by 2018 as compared to their levels in 1990.

Commercial refrigeration segment exhibited a steady growth in Asia-Pacific region in recent past years, owing to urbanization and technological advancements in refrigerant equipment industry. Hypermarket and supermarkets are now upgrading to CO2-based transcritical system technology to limit their CO2 emissions.

Leading companies are also switching over green refrigerants over increased concerns for global warming. For instance, Chemours Company, a global leader in chemical manufacturing and distribution set up the world’s largest green refrigerant manufacturing factory in March 2019 at Texas, U.S. This factory will manufacture Opteon, a line of low-GWP refrigerant series used in stationary air-conditioning and heat pumps.

Companies involved in refrigeration industry still face a difficulty in developing and choosing the right Low-GWP replacements for synthetic refrigerants as they possess flammable and toxic properties, therefore additional safety standards are needed to be ensured.

Gypsum board is a building material, which is used in walls, ceilings, and partitions of the buildings. These boards a...