A catheter is a soft hollow tube, which is passed into the bladder to drain urine. Angioplasty, angiography, balloon septostomy, balloon sinuplasty, cardiac electrophysiology testing, and catheter ablation are some of the common procedures that require a catheter.

Increasing prevalence of chronic disorders is expected to propel growth of India catheters market over the forecast period. For instance, the Journal of American College of Cardiology reported a prevalence of 54.6 million for cardiovascular disease in India in a study published in July 2018. 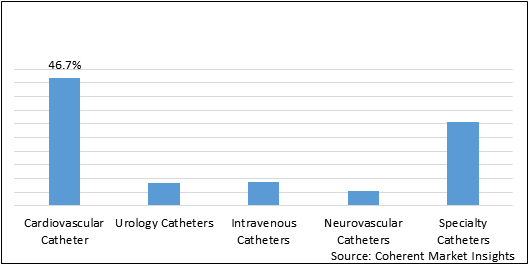 Use of Foley catheter may lead to urinary tract infection (UTI), which is expected to hinder growth of India catheters market. For instance, according to the study, ‘Prevalence of urinary tract infections and current scenario of antibiotic susceptibility pattern of bacteria causing UTI’ conducted at the Microbiology department of a tertiary health care hospital in Mumbai. And published in 2018, the overall prevalence of UTI was 33.54% of which 66.78% were females and 33.22% were from males.

Moreover, The use of conventional peripherally inserted central catheters involves high risk of blood stream infection due to lack of extreme hygiene condition required at the peripherally inserted central catheters insertion point, which reduces its feasibility over a longer period of time. Such scenario is expected to hinder growth of the market growth in India.

R&D in peripherally inserted central catheters is expected to offer lucrative growth opportunities for players in India catheters market. For instance, in August 2019, researchers from NICU, General Hospital “Agios Panteleimon”, Greece, and Royal Alexandra Children’s Hospital Brighton, U.K., reported that incidence of complications associated with the use of umbilical venous catheters and peripherally inserted central catheters in very low birth weight infants did not significantly differ in the study.

Moreover, increasing adoption of home parenteral nutrition is also expected to aid in growth of the market. 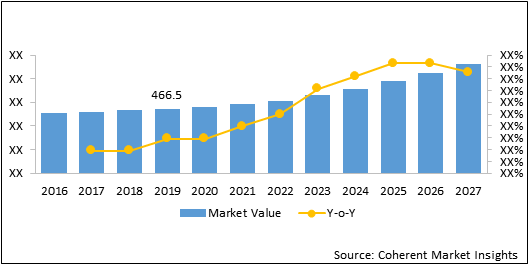 Development of solutions that reduce the risk of catheter-related infections is expected to boost growth of India catheters market. For instance, in June 2020, Interrad Medical, a privately held medical device company, announced a new clinical data publication that demonstrated a significantly lower catheter-related infection risk with use of the SecurAcath Subcutaneous Catheter Securement Device.

Moreover, R&D in peripherally inserted central catheters is also expected to aid in growth of the market. For instance, in October 2019, researchers from Hartford Hospital (Hartford, Conn.) and PICC Excellence reported that implementing standardized set of best practices for inserting peripheral IV catheters results in significant clinical and economic benefits, in the Journal of the Association for Vascular Access.

Major players in the market are also focused on adopting partnership strategies to enhance their market share. For instance, in September 2019, Access Vascular, Inc. was awarded a group purchasing agreement for a Breakthrough Technology contract with Premier, which allows Premier members, at their discretion, to take advantage of special pricing and terms pre-negotiated by Premier for the HydroPICC peripherally inserted central catheter.

Catheter are used for administration of intravenous fluids, medication or parenteral nutrition and performing procedures such as angioplasty, angiography, balloon septostomy, balloon sinuplasty, cardiac electrophysiology testing, and catheter ablation are some of the common procedures that require a catheter. Increasing prevalence of cancer is expected to propel growth of India catheters market over the forecast period.

Which are the key factors driving the growth of the India Catheters market?

Which segment held the highest market growth in the India Catheters market?

Neurovascular Catheters segment is expected to ehibit the highest CAGR during the forecast period.