Interventional Oncology Ablation Market to Surpass US$ 766.6 Million by 2027

Researchers and key players operating in the market are focusing on extensive research and development activities, in order to develop and launch the novel interventional oncology ablation procedures for the treatment of cancer.

The ongoing research and development activities have made tumor ablation treatment as a safe and painless one especially due to impressive results during and after the procedure. Moreover, due to increasing awareness in the healthcare industry across the globe, cancer ablation is becoming increasingly popular for different types of cancer liver cancer kidney cancer and etc, as one of the most favored cancer therapy methods.

For instance, in December 2020, researchers from the University Of Missouri School Of Medicine discovered a treatment combination that significantly reduces tumor growth and extends the life span of mice with liver cancer in pilot study. This discovery provides a potentially new therapeutic approach to treating one of the leading causes of cancer-related death worldwide. It is an integrative therapy that combined minimally invasive radiofrequency ablation (RFA) with the chemotherapy drug sunitinib. Development of an effective sunitinib and RFA combination therapy is an important contribution to the field of liver cancer treatment and can be quickly translated into clinical applications, as both sunitinib and RFA are approved by the U.S. Food and Drug Administration (FDA) and are readily available cancer therapies. 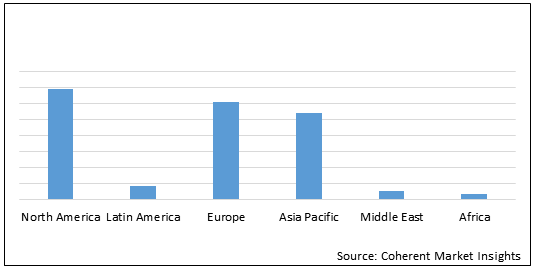 Increasing adoption of inorganic growth strategies by the key players is expected to drive the market growth over the forecast period.

Interventional oncology ablation market is expected to offer lucrative opportunity in the near future, owing to focus of major market players on adoption of inorganic growth strategies such as acquisitions, partnerships, and agreements to strengthen their product portfolio and presence in the global market.

For instance, in January 2019, Medtronic entered into an agreement to acquire Epix Therapeutics, a company engaged in the manufacturing of catheter-based system for the treatment of patients with atrial fibrillation. The acquisition is expected to expand the company's cardiac ablation portfolio.

Moreover, in July 2018, Boston Scientific signed an agreement to acquire Cryterion Medical, a company developed single-shot cryoablation platform for the treatment of atrial fibrillation  The acquisition is expected to enable the former company in providing cryothermal, as well as radiofrequency (RF) single-shot, balloon-based ablation therapies. 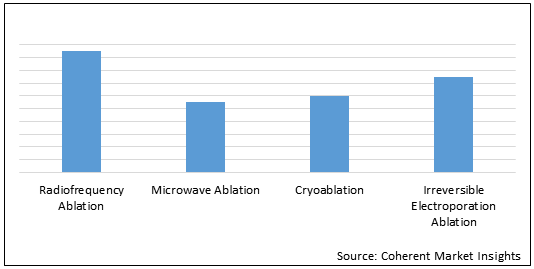 The increasing incidence of cancer is another major factor driving the market growth. For instance, according to the report published by European Cancer Information System in July 2020, the cancer burden is estimated to have risen to 2.7 million new cases (all types, excluding non-melanoma skin cancer) and 1.3 million deaths in 2020 in European 27 countries. Similarly, according to the same source, the 2020 estimates reveal that 62% of estimated new diagnoses and 76% of estimated deaths occurred due to cancer in people over 65 years old in EU 27 countries in 2020.

Since the COVID-19 virus outbreak in December 2019, the disease has spread to over 100 countries across the globe and the World Health Organization has declared it as a public health emergency. According to the World Health Organization’s report, the manifestation of Coronavirus (COVID-19) has resulted in more than 120 million infected individuals worldwide as of March 16, 2021.

Moreover, the hospitals are delaying the treatments of cancer patients who are with less severity, as cancer patients are at high risk of getting infected by the COVID-19 infection, which is expected to hamper demand for interventional oncology ablation in cancer patients.

Oncology ablation such as radiofrequency ablation (RFA) and microwave ablation can cause several side effects on patients undergoing ablation procedures.

Radiofrequency ablation (RFA) is used to treat different types of cancer effectively. However, similar to other treatments, it often causes side effects depending on the type of cancer, its location, the radiation therapy dose, and the patient’s general health.

Interventional oncology ablation is a minimally invasive procedure to treat solid cancers. In this procedure, special probes are used to burn or freeze cancer tumors without the usual surgery.

The increasing incidence of cancer is expected to drive the growth of global interventional oncology ablation market over the forecast period.

For instance, according to the World Health Organization statistics published in March 2021, cancer is the second leading cause of death globally and is responsible for about 10 million deaths per year, and globally about one in six deaths are due to cancer. Furthermore, according to the same source, an estimated 9.6 million deaths occurred due to cancer in 2018 globally.

Increasing incidence of cancer and increasing research and development activities are expected to drive the market growth over the forecast period.

Which is the leading technology segment in the market?

Microwave Ablation segment is expected to hold the major market share, owing to increasing product approvals and launches during the forecast period.

North America holds the largest market share in the market.