Land mobile radio (LMR) system is a communication system that uses radio waves as a medium to conduct communications. It is also called public land mobile radio and is designed for use among terrestrial users on foot or in vehicles. These systems are used in public works organizations, first responder organizations such as police departments, emergency medical service providers, fire departments, and others. LMR systems are linked to other fixed communication systems including cellular networks or public switched telephone network (PSTN) for achieving better geographical coverage.

The global land mobile radio (LMR) systems market is estimated to account for US$ 145.6 Bn in terms of value by the end of 2027.

Communicating necessary information is crucial to achieving efficient mission-critical operations. Furthermore, potential failure in sharing information among agencies and the first responders can put people and missions into danger. For such situations, LMR systems are necessary that can be widely used in natural disasters, fire, military operations, and terrorist attacks. LMR systems aid in combating and minimizing loss in such disasters by enabling efficient communication among the first responders, public safety agencies, and other entities/agencies involved in the operation. LMR enables them to comprehensively integrate critical information about the mission such as the total area covered, the total population affected and others. This information is collected from various sources such as videos from closed-circuit cameras, blueprints of location, and others. Hence, these factors are expected to drive growth of the global land mobile radio (LMR) systems market during the forecast period.

Project 25 (P25 or APCO-25) refers to a set of standards used in digital radio communications by North American federal, local public safety agencies, and state/province. P25 enables them to communicate with response teams and other agencies in case of emergencies. This system was launched to improve on the old-fashioned two-way voice contact technology, generally over a telephone line, used by first responders and various agencies including police, fire fighting, emergency medical services, and others. Integrated LMR devices provide fast and efficient data operations. Demand for such systems is expected to rise from medium to high during the forecast period, due to expected expansion of Long Term Evolution (LTE) technology. According to a study published on July 14, 2014, by the Global Mobile Suppliers Association (GSA), 941 new LTE-enabled user devices were launched in 2013, registering growth of almost 100% globally. A similar increase was also witnessed for number of device manufacturers, which recorded rise of 68% from 2012 to 2013. Thus, these factors are expected to propel the market growth in the near future. 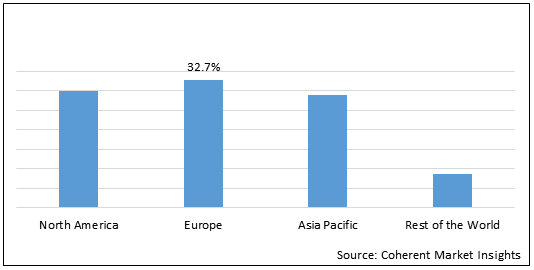 Public safety communication systems are constantly evolving from traditional analog (LMR) systems to digital systems. Analog systems process mainly voice communications; whereas, the benefit of digital systems is the ability to process voice, data, and multimedia communications. Moreover, LMR systems are exposed to risk of infiltration when they are connected to other networks, or when they are provisioned for remote access. These security threats could result in disclosure, destruction, or modification of sensitive information that could adversely impact system operations. Hence, these factors are expected to restrain growth of the market during the forecast period.

Organizations need to equip their employees with the right communication tools for doing their jobs, owing to growing pace and demands of today’s business environment. Growing awareness among corporate users regarding time and cost benefits offered by LMR systems provides growth opportunities for the LMR market. Existing two-way radio users have been using older devices that are approaching the end of life. Now the users are looking for better operability and enhanced functionality in these LMR devices. LMR is integrated into the workplace via smartphones and smart devices. Kenwood Corporation offers integration between LMR and smartphones through its NEXEDGE hand-portable devices, thereby improving communication and enhancing safety at the workplace.

Key companies in the market are focused on research and development activities, in order to enhance the market presence. For instance, in August 2012, Harris Corporation launched BeOn technology that would allow LMR devices to extend its voice capability over 700MHz LTE communication network. Furthermore, in March 2011, JVC Kenwood introduced portable transceiver platforms in three model types, suited for different applications. 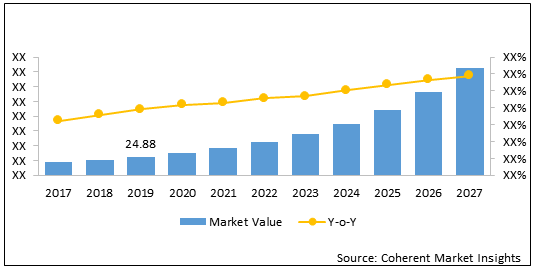 The LMR systems market comprises mobile and vehicular radio devices, transmitter and receiver systems, signal boosters, antenna, filters, duplexers, and others. These devices are provided by entities such as suppliers, OEMs, and distributors. Suppliers provide raw materials such as antennas, transmitters, and others to LMR systems OEMs. These OEMs manufacture LMR systems which are sold to end-users by the distributors. Additionally, these devices can be supplied through an alternate channel called as private system managers, who provide LMR systems to end-users such as government, enterprise, transportation sector and industrial others. Private system managers are basically the service providers for the end-users, they purchase the LMR systems from the OEMs and provides maintenance and replacement services. Private system managers such as GC&E Systems Group, Inc. and others also act as users for LMR systems as they purchase LMR devices in order to provide services to end-users. These services include testing and analyzing of radio malfunctions, programming of new radios, preventive and corrective measures for customer’s tower structure, providing technical assistance, customer service helpdesk duties, and offering formal and informal training to end-users. Selection of LMR devices for end-users is decided on the basis of factors such as area of coverage, number of users, available spectrum, and type of networks such as P25, TETRA, PDT, and others. End-users demand interoperable devices, which can operate on different LMR networks simultaneously. They also require LMR devices with enhanced features such as better voice clarity, video and image data support, and others. These demands lead to suppliers improving their offerings and developing more advanced components, which are incorporated by OEMs, in order to provide enhanced LMR radio devices to end-users. These advanced devices are then used by private system managers to deliver improved services to end-users. 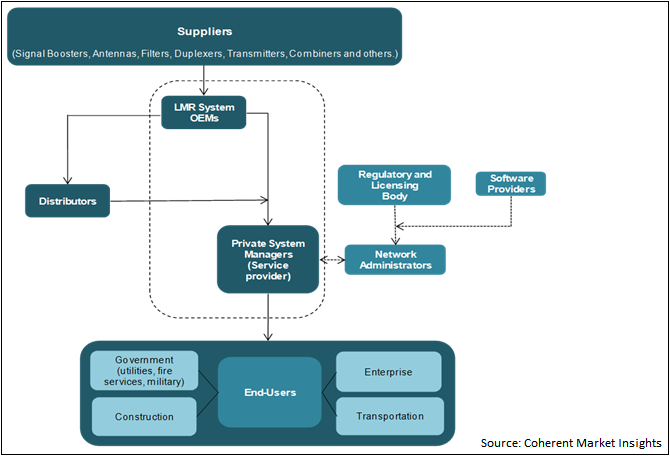 Due to Covid-19 pandemic, many industries witnessed significant shift in their business. There is significant impact on land mobile radio (LMR) systems market, as Chinese industries rapidly closing their business to reduce the spread of COVID-19 pandemic. Further, this trend continued in Europe and North America region, where factories where temporary closed due COVID-19 spread. As companies are facing losses, it is expected that companies will reduce the expenditure on the new product development and technological advancement during the year 2020. COVID-19 pandemic is expected to restrain the market growth during the year 2020.

Land mobile radio (LMR) system is a communication system that uses radio waves as a medium of communications. It is also called as public land mobile radio and is designed for use among terrestrial users on foot or in vehicles. These systems are used by first responder organizations such as police departments, emergency medical service providers, fire departments, and others. Organizations are shifting towards digital technology owing to several benefits such as enhanced voice quality, data capabilities, better spectral efficiency, and other features including VoIP and video streaming. Integration of LMR systems with LTE technology further offers substantial growth opportunities for the LMR systems market in the near future.

Which segment, based on type, accounted for the highest demand in the market?

Which are the key factors driving the growth of the land mobile radio (LMR) systems market?

Major factor hampering the growth of the land mobile radio (LMR) systems market during the forecast period is Security concerns regarding theft and alteration of mission-critical information.