The global nanoporous membranes market size was valued at USD 1010 million in 2021 and is anticipated to witness a compound annual growth rate (CAGR) of 7.52% from 2022 to 2030. Growth in water treatment and desalination activities are major factors driving the market growth. Moreover, advantage offered by nanoporous membranes such as ability to distinguish molecules by size, shape, and interaction makes them particularly useful in biomedical applications is again propelling market growth. By separating molecules, nanoporous membranes can be used for protein separation and diagnosis. They have also facilitated automation and reduced sample consumption. In addition, they have enabled microfabricated devices for many bioanalytical applications. They also allow for the selective transport of analytes from complex samples. All these factors are driving market growth.

Regionally, North America is projected to dominate the global nanoporous membranes market over the forecast period owing to the high usage of advanced technology coupled with the increasing demand for demand fresh water in the region. The US is the world’s largest economy in the world and has the most advanced technology, with a per capita income of USD 55,900. It registered a growth rate of 2.1% in 2017. The United States is a major industrialized nation that houses multiple industries in heavy, medium-scale, and small-scale categories. The country is known for its booming commercial activities. Moreover, the United States is one of the highest consumers of water in the world, where the water usage for cooling purposes is estimated to be 360 billion gallons per day. Approximately 80% of the United States’ water and wastewater treatment industry is owned and managed publicly.

At the same time, Asia Pacific is also projected to witness strong growth in the global market over the forecast period owing to the increasing initiatives by government for waste water treatment. For instance, the Council on Energy, Environment & Water (CEEW), in association with the 2030 Water Resources Group, is planning to improve wastewater management in India, along with increasing private investments to build wastewater treatment plants. The Water Supply and Sewerage Board of Bangalore has selected SUEZ to support the city in the improvement of wastewater infrastructures. The Group is expected to build a new wastewater treatment plant of 150,000 m3/day, including the rehabilitation of an existing plant of 150,000 m3/day and the building of a sewage sludge recycling and recovery plant coming from these two plants. 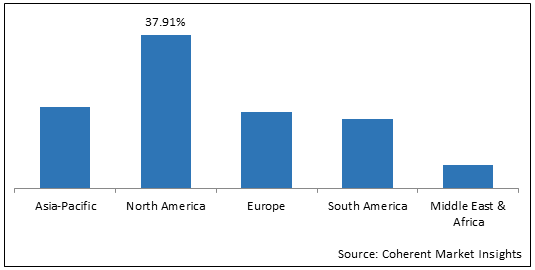 Growing need for wastewater treatment is propelling growth of the global nanoporous membranes market. For instance, according to the study conducted by UNEP, the ecosystem services such as purifying water and integrated waste has been valued double the gross national product of the global economy. Freshwater ecosystems are degraded significantly in the past few decades due inappropriate human practices. This have greater impact on various species and habitat losses than terrestrial or marine ecosystems. These polluted freshwater finally ends up in the oceans, resulting in damaging coastal areas and fisheries.

Rise in water desalination activities worldwide is again projected to augment growth of the market. Increasing desalination plants is largely driven by municipal waste water treatment. Most of North American and European countries have already invested heavily into this business. A significant desalination project initiated by Government of Spain under the project name of “Programa Agua” in 2004, is one of the major example of significant shift of global economies towards efficient water management. Hybrid desalination systems +RO with thermal technologies, such as multi-effect distillation and multi-stage flash are some of the emerging solutions in the market.

Increasing development of smart membrane with improved fouling resistant properties by using surface grafting with stimuli responsive polymers is expected to serve major growth opportunities for key players over the forecast period. The alternation of stimuli responsive polymers can change the membrane properties in terms of the surface chemistry, surface morphology as well as pore structure.

Increasing number of water treatment plants across the globe is a growing trend in the market. Northeast Water Purification Plant (NEWPP) Expansion Phase 2 in Texas, United States, Bull Run Filtration Project  in Oregon, United States, Reconstruction Project of Linville Water Treatment Plant in South East Queensland, Australia, etc. are some of the upcoming projects. Similarly, in China, there are 38 operating reactors and 20 more reactors are under construction. There are some more units being planned, including two largely indigenous designs – the Hualong One and CAP1400. Chinese government has set a target to have more nuclear capacity than any country except the USA and France by 2020.

Low adoption across developing countries such as African, South & Central American, and Indo-Chinese countries is projected to hamper growth of the global nanoporous membranes market.  This is attributed to the technological deficit, low awareness, and lack of government initiatives.

Poor fouling resistance of nanoporous membranes is another key factor expected to hinder growth of the market. Fouling generally occurs on the front side of a RO system. This leads to pressure drop and low permeate flow in the entire system. This can cause higher operating and maintenance cost. 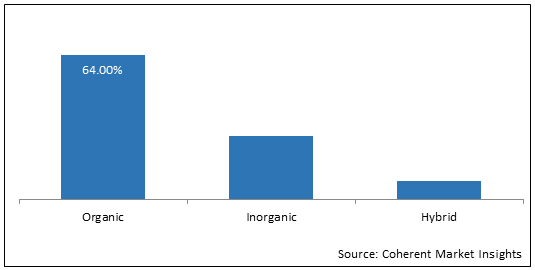 Based on Material Type, the market is segmented into Organic, Inorganic, and Hybrid. Out of which, Organic is expected to dominate the global market over the forecast period and this is attributed to their set of unique properties such as, high interior surface area, nano-scale space confinement, large specific surface volume ratio exclusive size sieving and shape selectivity, and specific gas/fluid permeability.

Inorganic segment is also expected to witness significant growth in the near future and this is owing to the growing demand from highly selective separation of gases such as hydrogen and oxygen application.

Based on Application, the market is segmented into Water Treatment, Fuel Cells, Biomedical, Food Processing, and Other Applications. Out of which, Water Treatment is expected to dominate the global market over the forecast period and this is attributed to their high performance for water purification. Nanoporous membrane helps infilter pollutants, such as salts, metallic ions, organic molecules, and microbes from polluted water.

Biomedical segment is also expected to witness significant growth in the near future. The material is ideal for   potential medical applications such as isolating, sorting, sensing, and releasing biological molecules. Moreover, nanoporous membranes are designed to mimic natural filtration systems for application in drug delivery systems, bioartificial organs &implantable and other nano-enabled medical devices.

In December 2018, Alfa Laval won an order worth SEK 60 million to supply separation equipment to a food processing company in the United States.

*Definition: Nanoporous membranes consist of nanometer-sized pores. They can be organic, inorganic, or hybrid. They are a new water treatment technology, replacing traditional membranes. They are also being used in electrocatalysis and environmental science, as well as biomedical fields.Nanoporous membranes are extremely effective at separating oil from water. Their high separation efficiency is due to their superhydrophobic properties. However, these membranes typically require the addition of surfactants for higher separation efficiency.

The market for nanoporous membranes is driven by the need to treat industrial wastewater. Water treatment processes require new membranes with improved energy efficiency, permeability-selectivity, and chlorine resistance. Additionally, with increasing demand for water and increasing water supply, new desalination plants are being constructed all over the world which is again fostering market growth.

On the other hand, poor fouling resistance of nanoporous membranes is projected to hamper the market growth.

Growing need for wastewater treatment and Rise in water desalination activities worldwide are fuelling the growth of the market.

The Organic segment is the leading component segment in the market.

Low adoption across developing countries and Poor fouling resistance of nanoporous membranes are the major factors restraining growth of the market.