Press Release: Resveratrol Market to Surpass US$ 159.1 Mn Threshold by 2026

Resveratrol is a flavonol belonging to the group of flavonoids. It is a phytoalexin synthesized naturally by various plants when attacked by various pathogens such as bacteria or fungi. Resveratrol is present in different plants and fruits such as red grapes, peanuts, blueberries, mulberries, raspberries, eucalyptus, spruce, and others. Resveratrol is extensively used in pharmaceutical, cosmetic, and dietary supplement applications.

Resveratrol is widely applicable in pharmaceutical industry as it possesses properties to heal and manage various diseases such as cancer, cardio-vascular disease, diabetes, and neurological diseases. In cosmetic and dietary supplements industries, the popularity of antioxidants and its usage has increased drastically. Resveratrol is considered as a potent antioxidant, which makes it a unique candidate to provide desirable anti-aging effects in cosmetics and may have various beneficial effects when taken as dietary supplement such as reducing the chances of cardio-vascular disease and others.

For instance, in 2014, SkinCeuticals, a company involved in development of skincare products, expanded its resveratrol portfolio, with launch of Resveratrol B E, an antioxidant night concentrate, which drives skin's internal antioxidant defense system and helps to heal and reduce skin damages. Resveratrol B E contains a maximized concentration of 1% pure soluble resveratrol synergistically enhanced with baicalin and vitamin E for extra antioxidant protection. Launches of such novel products are expected to support growth of global resveratrol market during the forecast period.

Approvals and launches of novel resveratrol-based food and dietary supplements are expected to support growth of the global resveratrol market. For instance, in 2016, DSM Nutritional Products received European Union (EU) novel foods approval for resVida, a high purity trans-resveratrol, used in food supplements in capsule or tablet form, at doses of up to 150 mg per day.

Asia Pacific is expected to be a potential growth region for resveratrol market during the forecast period, owing to positive decisions by regulatory bodies towards adoption of resveratrol, which will support growth of the market. For instance, in 2013, Japanese Ministry of Health, Labor and Welfare following request of Evolva Holding SA, issued a notice that resveratrol should be classified into ‘non-drug’ material group. This decision is expected to significantly enhance the accessibility for the products in Japan. Such decisions by regulatory bodies are expected to significantly drive growth of Asia Pacific resveratrol market during the forecast period.

Furthermore, Europe resveratrol market is expected to show good growth during the forecast period, owing to strategic mergers and acquisitions by key players to widen its product portfolio with resveratrol-based products. For instance, in 2012, Evolva SA, a Switzerland-based biotech firm, acquired Fluxom A/S resveratrol business for US$ 713,103 (€ 550,000). 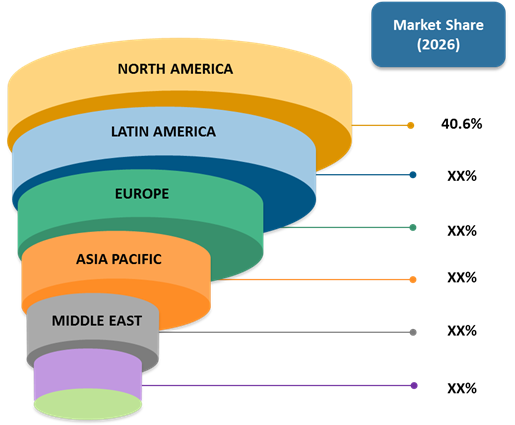 Some side effects related with resveratrol is expected to hinder growth of the global resveratrol market during the forecast period. For instance, according to data published by National Institute of Health (NIH) in May 2018, resveratrol may cause side effects such as gastrointestinal upset, nausea, headache, and fatigue. It may also causes supplement-drug interactions with estrogens and anticoagulants, which is further expected to hinder its adoption.

Resveratrol belongs to a class of polyphenolic compounds called stilbenes. Resveratrol can be derived from red grape skin, Japanese knotweed (polygonum cuspidatum, peanuts, blueberries and some other berries and have potential antioxidant activities. It causes the body to efficiently detoxify molecules that oxidize other molecules and tissues as other antioxidants. Resveratrol is widely used in cosmetic industry as anti-ageing treatment and used as a dietary supplement to treat and manage ageing. Furthermore, resveratrol have properties to treat and manage various disease such as cancer, cardio-vascular disease, diabetes, neurological diseases, and others.

Increasing launches and approvals of new resveratrol products in the market is expected to drive the global resveratrol market growth during the forecast period. For instance, in, 2016, VitaMonk, a natural products manufacturer company, expanded its portfolio with the launch of resveratrol and pterostilbene products. Resveratrol and pterostilbene are powerful antioxidants and work together to help the body to naturally boost production of adenosine triphosphate (ATP).

Furthermore, rising prevalence of ageing population, cardiovascular diseases, cancer, diabetes, neurological diseases and others are expected to rise demand for resveratrol products. For instance, according to data published by the United Nations Economic and Social Commission for Asia and the Pacific (ESCAP) in 2016, Asia Pacific constituted around 60% of the world’s geriatric population. It was estimated that in 2016, around 547 million people were aged above 60 years in Asia Pacific and this number is expected to double and reach around 1.3 billion by 2050.

According to the American Heart Association statistics 2018, cardiovascular disease is the leading global cause of death, accounting for over 17.9 million deaths per year in 2015, and is expected to grow to over 23.6 million by 2030.