Press Release: Wireless Charging Market Is Expected to Witness CAGR of 33.5 % During the Forecasted period (2019-2027)

The demand for electric vehicle is increasing rampantly, owing to low maintenance and cost-effective features. According to the Edison Electric Institute (EEI), in 2018, the electric vehicle sales increased by 81% as compared to 2017. Electric vehicles are powered by rechargeable batteries that are charged using electricity. Over the years, automakers have started using wireless charging since it is convenient and easy to use. The driver needs to part their car over the charging pad. This also provides sophisticated experience as there is no need to plug-in charging cables. Furthermore, strict regulatory policies related to harmful emissions have led to increase in adoption of electric vehicles thereby driving growth of the global wireless charging market in the near future.

Asia Pacific region dominated the global wireless charging market in 2019, accounting for 32.5% share in terms of value, followed by North America and Europe. 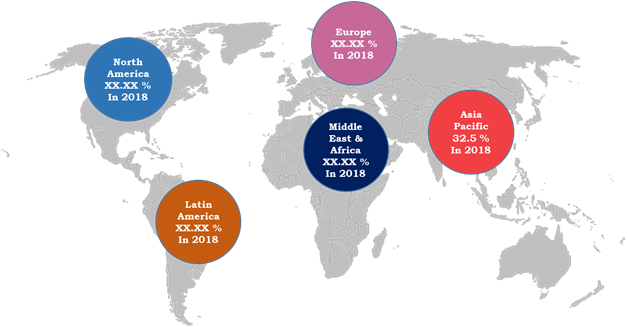 Presently, there are two standards for wireless charging based on technologies Qi wireless power standard by Wireless Power Consortium (WPC) and Airfuel Alliance. Airfuel Alliance has been formed by the merger of PMA standard by Power Matter Alliance (PMA) and Rezence by All for Wireless Power (A4WP). The wireless charger should be compliant with any of the above standards and it can work only with those devices that support the same standard. Furthermore, the global wireless charging industry is yet to arrive at an agreement for common standard, which is suitable for all technologies. Hence, absence of unified charging standards is expected to restrain the global wireless charging market over the forecast period.

Wireless charging is slower than conventional charging and takes twice as long as wired chargers to charge a device. This is due to inductive power transfer requiring longer time to induce an electromagnetic field. This further delays transfer of electric current from charging pad to device, extending the overall time required for charging. This leads to consumers preferring wired charging over wireless. Hence, slow charging rate is expected to hinder the market growth over the forecast period.

Increasing adoption of Internet of Things is accelerating the need for constant power source for devices connected to the IoT network. IoT network need to be working constantly and therefore requires a constant power source. As electric charging methods are complicated and sometimes are not compatible with IoT devices, wireless charging is a convenient method to power an IoT network. According to Ericsson networking and telecommunications equipment and service companies, by 2021 the number of IoT connected devices is expected to reach 28 billion. This is expected to create potential market opportunities for wireless charging companies.

There is constant introduction of new technologies such as drones and emphasis on factory automation. Furthermore, the equipment in industrial settings operate in harsh environments and are exposed to heat, moisture, dust, and dirt. Moreover, wireless charging eliminates the requirement for power connectors thereby reducing chances of hazards, which can be triggered due to a stray spark while connecting or disconnecting a current-carrying power cable. Prominent vendors such as Powerbyproxi and WiTricity have already developed wireless charging, which can be operated in harsh environments in industrial setups. 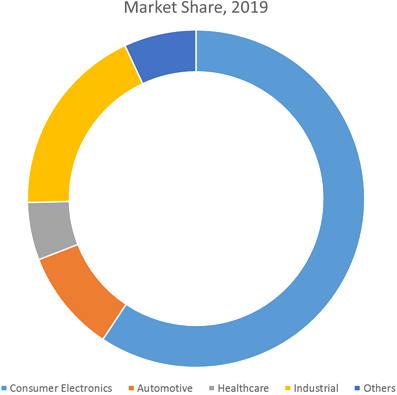 There has been tremendous increase in internet connectivity, owing to high adoption of smartphones in emerging economies such as Chile, Mexico, Brazil, and Argentina. According to Cisco Systems, a networking solution provider, in 2015, IP traffic in Latin America grew by 25%, and mobile Internet traffic recorded a growth of 87%. Growth in demand for smartphones will lead to demand for wireless charging, and growth of Internet connectivity will lead to machine-to-machine and IoT connectivity. Since the devices in IoT network require constant power sources, there is a high potential for growth of the global wireless charging market.

Travelers often face charging issues regarding their mobile devices while traveling. Some airport authorities have started providing wireless charging stations for passengers at the airport. For instance, Emirates, a Dubai-based, airline carrier has installed 30 wireless charging valet trays at its first and business class lounges at the Dubai International Airport. Furthermore, in the hospitality industry in the UAE, hotels such as the Sheraton Dubai have set up charging stations for customer convenience. 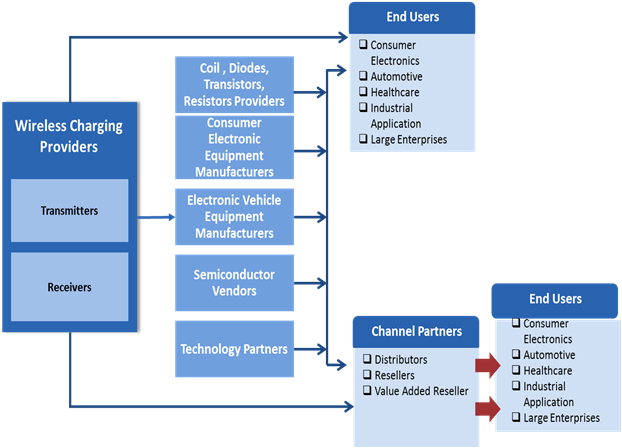 What is the current wireless charging market size?

Which are the prominent wireless charging market players across the globe?

What are the key factors hampering growth of the wireless charging market?

Unavailability of cohesive wireless charging standards is one of the major factors that is expected to hamper growth of the market over the forecast period.

What are the key factors driving growth of the wireless charging market?

Increasing sales of electric vehicles, globally is one of the major factors that is expected to propel growth of the market over the forecast period.

What is the Compound Annual Growth Rate (CAGR) of the wireless charging market for next 8 years?

The global wireless charging market is estimated to exhibit a CAGR of 33.5% during the forecast period (2019-2027).

Among regions, Asia Pacific is expected to hold a dominant position in the global wireless charging market in 2019 , accounting for 32.5% share , in terms of value, followed by North America and Europe.