The 3D bioprinting is the usage of the 3D printing such methods to integrate the cells, development factors and the biomaterials to fabricate the bioclinical parts generally with the focus of imitating the natural cells characteristics. Usually, 3D bioprinting can use a layer by layer procedure to deposit the substances called as bioinks to make the tissue such as structures that are later utilized in several clinical and tissue fields. 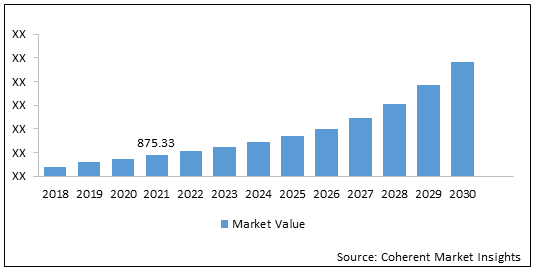 North America held dominant position in the Global 3D Bioprinting Market in 2021, accounting for 40% share in terms of volume. 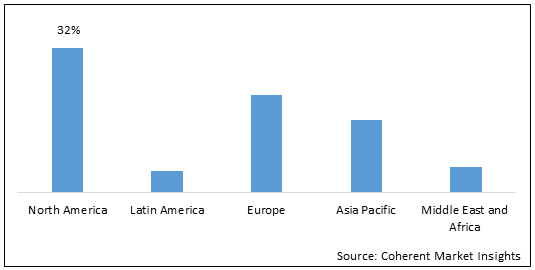 In January 2021, the 3D systems adopted the additive works to increase the AM software assortment and the creation capacity, which would increased with the additive production over the industrial and the hospital markets. 3D systems adopted Allevi to increase the application chances for the AM in the clinical and the huge reliability applications.

In 3D systems and CollPlant biotechnologies declared a joint advancement and the boosting creation in the biomedical industry. This deal would be aiming on the growth of the regenerative drugs and medications with the assistance of the 3D bioprinting.

The elderly populace is poised as one of the main notable social changes of the twenty first century and the worldwide population of the age above 60 years is rising rapidly than all the younger age groups which is anticipated to augment the growth of the global 3D bioprinting market.

The number of elderly population above 60 years is anticipated to be doubled by the year 2025, and it is rising rapidly than the age group comprising of the youth globally. This trend has a rising need for the caregivers offering 24 hours care not only at the healthcare centers or the nursing homes but also the apartments and the private homes.

The organ printing is a computer aided procedure in which the cells or the tissues and the cell laden biomaterials are fit as per a carbon print design and serve as the building block that are later gathered into the 3D constructs and the matured functional organ creation and the formation is anticipated to hinder the growth of the global 3D bioprinting market.

An automated reach provides a way to the scalable and the reproducible mass production of the engineered organs and parts in which the multiple cells form can be placed to mimic the organic counterparts. To effectively use the organ printing at the medical level, rigid automated protocols and the processes should be established.

The 3D printing of the existing appliances has made a notable effect on the hospital segment due to the effective research and development of the universities and the critical organizations. Apart from the production fabric tissues, the 3D bioprinting has also helped the hospital segment with the personalization and the customization of the clinical goods and medicines.

During the predicted duration, the 3D bioprinting is anticipated to revolutionize or change the hospital with a creative or the innovative wave of the developments in the operations and the therapies. It is regarded as the secured method to fabricate human cells with the decreased price and threat.

Currently, the Biolife 4D gained a notable milestone by the printing of 3D heart, which will let the biotech firm at  a roadmap to gain its ultimate goal of the bioprinting a full scale human cardiac viable for the transplantation the replacement. Likewise activities and the developments by the industries in the market are anticipated boost the adoption of the 3D bioprinting market in the medical sector during the predicted duration.

The rising need for the organ transplantation due to the rising cases of the vital organ failure is anticipated to help the companies or the industries to spend and then conduct the research and development activities on the similar thing. Furthermore, the pharma companies are making the utilization of 3D bioprinter tissue.

The 3D bioprinting technology is used for the fabrication of the biological constructs mainly comprises of the dispensing cells onto a biocompatible scaffold utilizing a successive layers to create the tissue similar to that of the 3D structure. Artificial organs such as the renal, hepatic and the cardiac made by the 3D printing have shown the absence of vital elements that effect the working of the body.

Population aging with the concomitant rising threat of the osteoarthritis, bone injuries and osteoporosis along with obesity are few disorders that are contributing towards the outbreak of the orthopedic grafts. Owing to its capacity to be customized for the patient specific requirements and demand for the 3D bio-printed bone will only rise in upcoming years.

The developments achieved by the Biolofe 4D and the similar initiatives and the developments by various organizations in the major market and also in the clinical industry is anticipated fuel the industry and offer the lucrative opportunities in the forecast period.

The rising investment in R&D is anticipated to drive the growth of the market.

Drug testing and development segment is the leading component in the market.