Press Release: Global Advanced Biofuel Market to Surpass US$ 195 Billion by 2025, Buoyed by Increasing Adoption Of Renewable Sources of Energy

Global Advanced Biofuel Market to Surpass US$ 195 Billion by 2025, Buoyed by Increasing Adoption Of Renewable Sources of Energy

Advanced biofuels are fuels manufactured from various type of biomass, which includes waste from agricultural, urban, and other wastes. It also known as second-generation biofuels. These biofuels are made from woody crops or lignocellulosic biomass, sugars, non-starch, and agricultural residues, which makes it harder to extract the required fuel. The second-generation biofuel is developed to overcome the limitations of high freezing temperatures and negative environmental effect of first-generation fuels (such as vegetable oil, biodiesel, bioalcohols, biogas, and syngas) and they can supply large amount of global fuel sustainably, which is affordable with higher environmental benefits. According to the California Air Resources Board (CARB), liquid biofuels are manufactured from non-petroleum sources and can reduce carbon intensity as compared to a petroleum fuel baseline. Growing market for renewable energy, government support, and increasing investments in second generation biofuels are some of the driving factors for the growth of advanced biofuels market. For Instance, the Australian Government launch Advanced Biofuels Investment Readiness (ABIR) program by investing US$ 10 million, which supported the development of advanced biofuels and provided funds to various universities such as James Cook University for its high-energy algal fuels project.

Advanced biofuels are classified on the basis of raw materials such as jatropha, camelina, algae, simple lignocellulose, complex lignocellulose, and others. Advanced fuel produced from algae raw material accounted for the largest market share due to its oil content. This plant grows on wasteland and can be grown using ocean and wastewater. Algae-based biofuels are relatively less harmful to the environment if spilled and are biodegradable in nature. Furthermore, the growth rate of algae is 20 times faster as compared to other raw materials such as jatropha. Advanced biofuels are also classified on the basis of fuel types such as cellulosic ethanol, biodiesel, biobutanol, bioDME, and others. Biodiesel fuel type segment holds the largest revenue share in the global advanced biofuel market. This growth is attributed to increasing use of biofuels as engine fuel.

North America is the most dominant region in global advanced biofuel market in terms of revenue and was valued at US$ 3.010 billion in 2016, owing to increasing demand for cleaner burning transportation fuels. According to Environmental Entrepreneurs (E2), the national nonpartisan business group, the production capacity of advanced biofuel in North America was more than 800 gallons in 2014. Various regulations such as California’s Low Carbon Fuel Standard and Renewable Fuel Standard are the key drivers for investment in advanced biofuels. The purpose of these regulations is to reduce emissions of GHG (greenhouse gases) and to implement low carbon fuel standard.

Europe is the second largest region in global advanced biofuels market. In Europe, the advanced biofuel market is driven by high R&D&D (research & development & demonstration) activities in EU indicating the potential growth of market for applications in marine, shipping, and air transport. The industrial initiatives such as European Industrial Bioenergy Initiative aims to have their first commercial plants by 2020 in operation. The objective of this initiative is to meet around 4% of EU transport energy need, with a focus on advanced biofuels.

Asia Pacific is the fastest growing region in terms of value in the global advanced biofuel market. Asia Pacific was valued at US$ 1.655 Billion in 2016. This is attributed to the increasing manufacturing industry and growing awareness about the usage of advanced biofuels in emerging economies such as India, China, and Indonesia. In Australia, the advanced biofuels sector was supported by the Australian Renewable Energy Agency (ARENA). 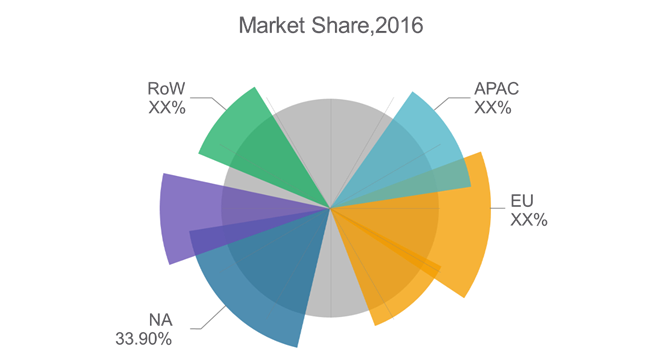 North America accounted for major shares in the global advanced biofuel market, in terms of revenues, in 2016. Policies such as California’s Fuel Standard and Federal Renewable Fuel Standard continue to be the primary drivers for the growth of advanced biofuel market. However, regulatory instability is the major challenge towards the market growth, which led to decreased investments, in 2014. The Environmental Protection Agency (EPA) was delayed in its annual announcement for the Renewable Fuel Standard volumes. Furthermore, high cost of production has negative impact on the growth of advanced biofuels market.

The advanced biofuel market is expected to be dominated by North America, followed by Europe. This is mainly attributed to increasing R&D activities and supportive government policies. The R&D framework of National Alliance for Advanced Biofuels and Bio-products (NAABB), includes algal biology to increase strain productivity. It has developed an algal transformation pipeline to increase biomass yield and lipid production. However, Asia Pacific is anticipated to witness highest growth due to rapidly growing biofuels or advanced biofuels manufacturing industry and increasing awareness towards usage of advanced biofuels in China and India.

Growing market for renewable energy, increasing investments, and encouraging regulations related to environment fuels the growth of the advanced biofuel market. Owing to the increase of Greenhouse gas (GHG) emissions in the atmosphere has boosted the research interest of the scientists towards the renewable energy. Asia Pacific is expected to amplify demand for advanced biofuel across the automobile end-use industry. Stringent government policies related to the land use change and use of renewable sources has compelled manufacturers and researchers to innovate and develop new technology, which can replace fossil fuel.

Eco fiber is a thin long natural thread or a strand with flexible texture. This material is widely used in the textile...

Bio-butanol is an alcohol used as a fuel or organic solvent. This solvent is prepared by fermenting sugar, starch or c...