Global Bacillus Coagulans Market to Surpass US$ 819 Million by 2025

Bacillus coagulans is a bacteria utilized as a probiotic. The bacteria’s ability to withstand harsh acidic environments has led to its adoption in probiotics, which specifically targets the human digestive system. It is useful in alleviating stomach ailments, constipations, flatulence, abdominal pain, and irritable bowel syndrome. Due to the bacteria’s efficacious properties, it finds application in both human and animal nutrition. Other beneficial properties include improved immunity, prevention of respiratory disorders, and anti-carcinogenic agent. 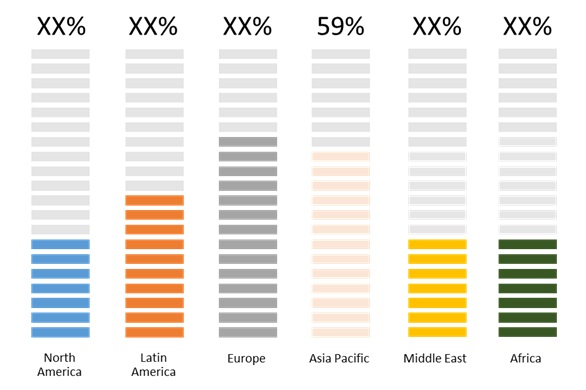 Asia Pacific held the largest revenue share in the global bacillus coagulans market in 2016. The region was valued at US$ 236 million in 2016. The region is also projected to be the fastest growing with a CAGR of 7.91% over the forecast period. This can be attributed to rising healthcare spending by the populace in the region. According to the EU Business Avenues in South East Asia, the healthcare spending in ASEAN countries was estimated to be around US$ 110.78 billion in 2014.

The emerging economies of ASEAN, China and India are expected to be the key markets for bacillus coagulans, as these are major consumers of functional food and beverages. Moreover, increasing geriatric population in these economies is one of the major factors driving growth of the market. According to the Economic and Social Commission for Asia Pacific (ESCAP), the total number of elderly people is expected to double by 2050, which will be around 1.3 billion from 547 million in 2016. Japan is the largest consumer of probiotics, owing to its wide usage in herbal medicine for maintaining health and treating diseases, which is further driving overall growth of the market in Asia Pacific. Also, in economies such as India, lack of public spending on healthcare has led to booming healthcare costs. This has led to increasing adoption of healthcare products, which are aimed at forestalling ailments and diseases. These factors are projected to bolster bacillus coagulans market growth.

North America was the second largest market for bacillus coagulans in 2016. The region was valued at US$ 53 million in 2016 and is projected to exhibit a CAGR of 6.2% over the forecast period. U.S. is projected to be the major growth driver in this region over the forecast period, owing to increasing use of functional food and dietary supplements. According to the U.S. Pharmacopeia Convection, dietary supplements were used by around 80% of the adults in the U.S in 2016.

Among application, functional food segment accounted for 34% of the market and was valued at US$ 144.3 billion in 2017. The segment is expected to be the largest and the fastest growing over the forecast period. The dominant position of the segment can be attributed to the bacterium’s easy formulation in any form. Functional food such as breakfast cereals, gels, bars, and gummies are popular products infused with bacillus coagulans. Dairy products, sports beverages, and baked goods are also popular applications of bacillus coagulans. The bacteria is highly stable at high temperatures and is viable during high temperature processes such as baking.

The global bacillus coagulans market is characterized by the presence of large scale manufacturers. Strategic mergers and acquisitions, product innovations, and joint ventures among others are some of the key strategies adopted by key players to ensure long-term sustenance in the market. Some of the major players operating in the market include Ganeden, Sabinsa Corporation, UAS Laboratories, Sanzyme, Mitsubishi Chemical Foods Corporation, Mystical Biotech Pvt. Ltd., Aumgene Bioscience, and Unique Biotech Ltd.

B. coagulans is a spore-forming bacterium, which is largely utilized for its probiotic nature. The bacterium on consumption is known to improve gut health and slow the onset of stomach and digestive disorders. The bacterium finds application in products such as bakery, confectionery, dairy, beverages, functional food, and animal feed.

Significant advancements in the probiotics industry is expected to bolster growth of the bacillus coagulans market. Increasing prevalence of obesity and non-communicable diseases are significant factors contributing to market growth. Increasing consumer awareness regarding health and diseases in emerging economies of Asia Pacific has led to rising demand for healthcare products such as probiotics, supplements, and functional food. Moreover, industry spending on research & development of new probiotics products has led to the launch of various new products, which has opened up various new market avenues for manufacturers to target. However, stringent government regulations for the approval of probiotics may hinder growth of the bacillus coagulans market. The efforts by companies to represent probiotics in different attractive formulations such as bars, yogurt, and chewing tablets are expected to attract the population towards probiotics and prebiotic products, thereby fueling growth of the bacillus coagulans market.

What are the growth estimates for bacillus coagulans market till 2025?

The global bacillus coagulans market is estimated to surpass US$ 819 Million by 2025.

Which are the prominent bacillus coagulans market players across the globe?

Which segment based on application, accounted for the highest demand in the bacillus coagulans market?

Among application, functional food segment accounted for largest market share of 34% in 2017.

What are the key factors driving growth of the bacillus coagulans market?

Health benefits associated with the consumption of bacillus coagulans such as brain health & aging, gastrointestinal health, and cardio & heart health is one of the major factors that is expected to propel growth of the market over the forecast period.

What is the Compound Annual Growth Rate (CAGR) of the bacillus coagulans market for next 8 years?

The global bacillus coagulans market is estimated to exhibit a CAGR of 7.91% over the forecast period.

Which region is dominating the bacillus coagulans market growth?

Among regions, Asia Pacific is estimated to be the largest and fastest growing market for bacillus coagulans over the forecast period.

Stevia is also referred to as Stevia rebaudiana. Stevia products are produced from rebaudioside A (Reb-A), a...

Cocoa beans is extracted from Theobroma cocoa, it is dried and fermented and further processed for producing...

Melatonin is a hormone that helps in regulating the sleep-wake cycle and is produced naturally in the body. ...

Protein ingredients are essential for cell functioning that promote repairing and healing of the human body....

Dairy nutritional and nutraceutical ingredients are milk-based ingredients that are rich in essential vitami...