Broadcast Switchers Market Is Expected to Exhibit a CAGR of 6.9% During the Forecast period (2020-2027)

Broadcast switcher refers to a digital device typically adopted in the production of a video or film. It is used for switching or selecting different audio or video signals coming in from different sources. Switchers are extremely crucial for the video transmission process and are a vital part of video processing. Switchers are crucial for a fully incorporated television production. There are various types of switchers including routing switchers, production switchers, master control switchers, etc. They are used in remote trucks, control rooms, edit suite, and more.

The global broadcast switchers market is estimated to account for US$ 3,253.0 Mn in terms of value by the end of 2027.

Digital broadcasting makes it easy for broadcasters to select source video feed and route it, thereby improving the process of digital broadcasting workflow. The broadcast industry has moved from analog to digital transmission that offers high-quality video production for customers, known as High Definition Television (HDTV). For instance, in 2009, the Federal Communications Commission (FCC), a U.S. government agency made it mandatory to have broadcast signals digitized. This has compelled broadcasters to invest in digital equipment including switchers, which in turn, is expected to drive growth of the global broadcast switchers market during the forecast period.

The requirement for enhanced efficiency and reduction in broadcasting costs have become crucial, owing to increasing number of TV broadcasters opting to broadcast programs and television channels in high-definition format. Growing focus on production automation is expected to boost the usage of production automation systems and its main components namely switchers. Furthermore, switchers allow program directors to swing from one camera to another and cue in graphics in an automated environment. Therefore, these factors are expected to propel the global broadcast switchers market growth during the forecast period.

North America held dominant position in the global broadcast switchers market in 2019, accounting for 38.8% share in terms of value, followed by Europe, APAC and RoW respectively. 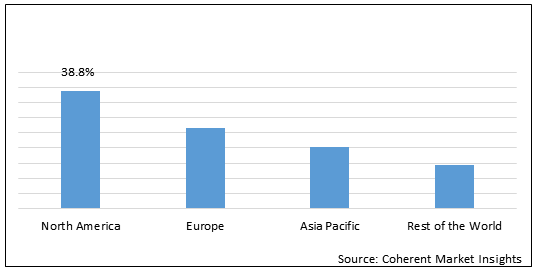 The major restraining factor before the adoption of broadcast switchers is their high procurement cost. Procuring new broadcast facility includes massive initial investment for various equipment such as lighting equipment, mobile video studios, cables, on-field recorders, encoders, mobile vide studios, and digital audio mixers.  As a result of this, small private broadcasters that operate over-the-air find it challenging to enter into the competitive market. Therefore, these factors are expected to restrain growth of the market in the near future.

Generally, multimedia content is delivered through IPTV, internet, mobile, and broadcast networks. The methods for delivery include unicast, broadcast, multicast, and peer-to-peer. The broadcast and telecom industry have their own standards track, based on different commercial requirements. Content providers bear high costs to offer content in different formats to several distribution pipes. Thus, inability to provide cross-platform solutions and interoperability for digital medial distribution leads is expected to hinder growth of the global broadcast switchers market in the near future.

4k is a digital video format designed by NHK Science & Technology Research Laboratories and defined and approved by the International Telecommunication Union (ITU). 3D and 4k technology are expected to be the future of digital broadcasting. Constant investment by companies such as Sky and 3net on 4K Ultra HD, generating higher resolution is expected to boost the broadcast market over the forecast period. Moreover, Sony is putting its R&D and marketing efforts to produce 4K content. During the FIFA World Cup 2010 in South Africa, 25 matches were produced in 3D for testing format.

ITU (International Telecommunication Union) has mandated the conversion of digital television broadcasting globally because of its spectrum efficient transmission technology. Digitalization allows broadcast stations to provide more programming opportunities through multiple broadcast streams with improved picture and sound quality. In 2006 at Geneva, at a conference of the ITU, 120 countries signed a treaty to migrate to digital television. In accordance with this treaty, African, European and Middle-East regions have to migrate to digital television before June 17, 2015. 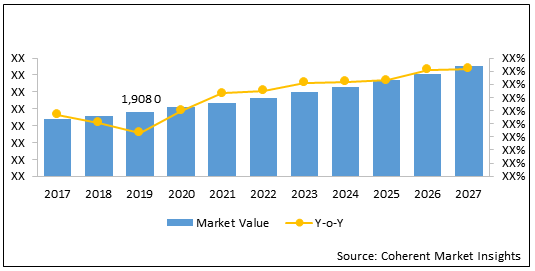 Key players operating in the market are focused on research and development activities, in order to expand the product portfolio and enhance the market presence. For instance, in August 2013, Broadcast Pix, Inc. introduced its new Version 3.5 software that would be available in market. Furthermore, in May 2013, Broadcast Pix, Inc. launched Version 2.0 of the iPixPanel app for Apple iPad that can manage its systems to offer an intuitive wireless control surface to the operator.

Sports broadcasting is the most attractive end user segment of the market and accounted for 23.3% of the total broadcast switchers market in 2012. Increasing demand for broadcasting sports matches in high definition format is expected to fuel the deployment of the switchers in this application segment. Manufacturers are increasingly focusing on multi-definition switchers that function in standard definition (SD), HD, 3D, and 3 Gig environments. Particularly, production switchers with 3 Gig compatibility are used by broadcasters that deal with high end sports events.

Component and part manufacturers are the major suppliers for the broadcast switcher market. The components may include but are not limited to sensors, processors, electrical and electronic parts and mechanical parts. Different components required for switcher manufacturing include resistors voltage regulators, power supplies, PCB’s (Printed Circuit Boards), ICs, switches, wires, and panels among others. While considering the value chain, the importance of proximity to suppliers and timely delivery, especially for short life cycle products cannot be undermined.

Due to Covid-19 pandemic, many industries witnessed significant shift in their business. There is significant impact on broadcast switchers market, as these switchers are used in the consumer electronics industry. The global electronics devices market including consumer electronics and industrial electronics devices is expected to be impacted by COVID-19 pandemic. China is one of the major suppliers for the raw materials that are used to manufacture electronic devices and the finished products. The electronics industry had faced huge reduction in production, disruption in supply, and price fluctuations. Due to COVID-19, sales of electronics companies has fallen, thus, in turn, decreases the demand for the broadcast switches in the future.

Which are the key factors driving the growth of the Broadcast Switchers market?

Major factor driving the growth of global broadcast switchers market during the forecast period are increasing transition from analog to digital broadcasting.

Major factors hampering the growth of the broadcast switchers market during the forecast period constitutes lack of proper standardization in content distribution.

Which region held the largest market share in the Broadcast Switchers market?

North America broadcast switchers market is expected to generate the highest revenue during the forecast period.