Deep brain stimulation (DBS) device, often described as brain pacemaker, aids in alleviating symptoms of Parkinson’s disease (PD). The device is implanted at one of the three U.S. Food and Drug Administration (FDA) approved brain sites to block the electrical signals from these sites to the brain. The three U.S. FDA approved targeted brain sites are ventrointermedialis (VIM) nucleus of the thalamus, subthalamic nucleus (STN), and globus pallidus pars interna (GPi). DBS surgery is performed on patients suffering from PD for at least four years and are on medications albeit with motor complications.

DBS is the most preferred option although, there are other surgical options such as Thalamotomy and Pallidotomy, as it does not involve tissue destruction and is a reversible surgical treatment. 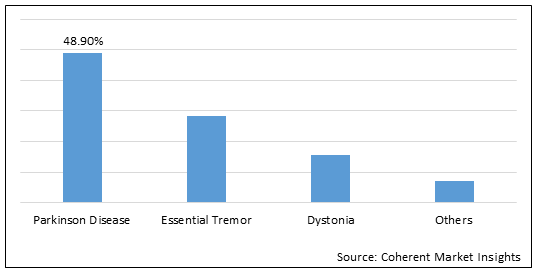 Increasing prevalence of PD is expected to boost demand for DBS devices. For instance, according to the Parkinson’s disease Foundation, as of 2022, over 10 million people are suffering from Parkinson’s disease, worldwide. The findings published by the organization demonstrated that incidence rate of PD increases with age and only 4% of people were diagnosed with PD before the age of 50 years. According to the same source, in 2021, the incidence rate of PD in the U.S is as high as 60,000, annually.

Increasing prevalence of epilepsy is also expected to boost demand for DBS devices. For instance, according to the data published by the World Health Organization, on February 9, 2022, around 50 million people worldwide have epilepsy, making it one of the most common neurological diseases globally. Nearly 80% of people with epilepsy live in low and middle-income countries like India, Kenya and Bangladesh. 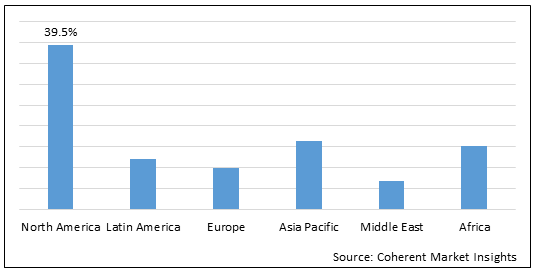 Furthermore, key players in the market are focused on launching upgraded versions of their already approved DBS devices in the market. For instance, on May 24, 2022, OH – Great Lakes NeuroTechnologies (GLNT), diagnostic and therapy systems, announced that it has launched a multicenter research study to collect data to enhance its Kinesia motor assessment technology specifically for identifying when a patient with Parkinson’s disease (PD) is ready to consider an advanced therapy such as deep brain stimulation (DBS) or an implantable drug pump and recognize when a patient needs a therapy adjustment. The therapy is recommended when oral medication no longer provides sufficient relief of motor symptoms like rigidity, slowness of movement, fall and dizziness, freezing, muscle cramps and dystonia.

The sudden outbreak of COVID-19 has bought the world to a standstill. The whole world is fighting this pandemic with increased burden on hospitals and healthcare professionals. Manufacturers have found it difficult to serve their surgeon customers since some hospitals have restricted access to their facilities or changed access regulations. For instance, in December 2020, according to the report of National Center of Biotechnology Information, lockdown restriction measures were associated with subjective worsening of motor and psychiatric symptoms like significant tiredness, low energy or problems sleeping in Parkinson Disease and dystonic patients treated with DBS, and they may have exacerbated the burden of neurological disease and increased the chronic stress related to the DBS management.

One of the key factors hampering the growth of global deep brain stimulation device market is the associated risks involved with deep brain stimulation procedures like misplacement of leads and bleeding in the brain. For instance, the fundamental power source and configurable component of DBS devices is the implanted pulse generator (IPG). The use of deep brain stimulation devices for Parkinson's disease is anticipated to be constrained by the danger of infections brought on by IPG. Therefore, healthcare stakeholders should raise knowledge about the use of tack-up sutures and lower profile devices, as well as antimicrobial impregnation and co-administration.

Deep brain stimulation (DBS) surgery is performed as part of the treatment of various neural debilitating conditions such as Parkinson’s disease (PD), dementia, and Alzheimer’s disease. A patient fitted with a DBS device can get long-term relief from debilitating symptoms of PD. Although, some patients may require medications post-surgery, there is significant reduction in side-effects caused due to medications, owing to use of DBS devices. A DBS device is mainly placed in one of the three U.S. Food and Drug Administration (FDA) approved target sites in PD. Most commonly preferred target sites are the Globus Pallidus Interna (GPi) and Subthalamic Nucleus (STN).

DBS devices are widely used in the treatment and management of diseases such as epilepsy and PD. Therefore, high prevalence of these diseases worldwide is expected to drastically increase demand for its management devices, thereby driving the global deep brain stimulation devices market growth over the forecast period. For instance, according to the data published by the World Health Organization (WHO) in June 2019, epilepsy is a chronic non-communicable disease of the brain that affects people of all ages. Globally, around 50 million people suffer from epilepsy, making it one of the most common neurological diseases.

What are the growth estimates for global deep brain stimulation devices market till 2030?

The global deep brain stimulation devices market is estimated to surpass US$ 2,508.5 Million by 2030.

Which segment based on Application, accounted for the highest demand in 2022?

What is the Compound Annual Growth Rate (CAGR) of the market till 2030?

The market is estimated to exhibit a CAGR of 9.8 % over the forecast period.

Which region is dominating the market growth?

Among regions, North America is expected to witness significant growth over the forecast period, owing to frequent approval and launch of novel devices in market.