Press Release: Global Ethanolamines Market to Surpass US$ 4.43 Billion by 2025, with Asia Pacific Poised to be Growth Engine

Global Ethanolamines Market to Surpass US$ 4.43 Billion by 2025, with Asia Pacific Poised to be Growth Engine

Ethanolamines are colorless, viscous organic compound with molecular formula HOCH2CH2NH2. These are used as a feedstock in the manufacture of Monoethanolamines (MEA), Diethanolamines (DEA) and Triethanolamines (TEA), which finds wide application in the production of emulsifiers, detergents, polishes, chemical intermediates, corrosion inhibitors and pharmaceuticals.

On the basis of application, the global ethanolamine market can be segmented as surfactants, herbicides, chemicals intermediates, textiles, gas treatments, gas treatment and metal treatment. Herbicides segment is expected to witness highest growth rate during the forecast period, followed by textile and surfactants. Other major applications of ethanolamine are in the field of corrosion inhibitors for metal protection and construction chemicals. These chemicals are largely used in the production of surfactants, which finds wide applications in detergents, emulsions, fabric softeners, paints, inks, adhesives, cosmetics, biocides, among others. Surfactants application segment dominated the ethanolamines market in 2016.

Ethanolamines are also used in various cosmetics and personal care industry for manufacturing of bath foams, liquid soaps and shampoos. However, the use of diethanolamines in cosmetics had banned by The European Commission in order to lower the contamination from carcinogenic nitrosamines. Also, many studies prove the ill-effects of this chemical on liver and links have been found to liver tumors in the past decades. According to U.S. Department of Health and Human Services -- NIH Publication No. 92-3343, in October 1992, proves the ill effects of diethanolamines on liver and also links have been found to liver tumor in past decades.

Construction industry uses triethanolamines, which is used as cement grinding aids and performance enhancers in order to reduce the energy consumption and to improve the quality of cement. Increasing infrastructure development in emerging economy such as China, India, Brazil, UAE and Saudi Arabia is expected to boost the demand for triethanolamines application segment, which in turn is increasing the demand for ethanolamines during 2017-2025. For instance, as per statistics released by India Brand Equity Foundation (IBEF)—a Trust established by the Department of Commerce, Ministry of Commerce and Industry, Government of India—the Indian government plans to invest US$ 376.53 billion in infrastructure development over the following three years. 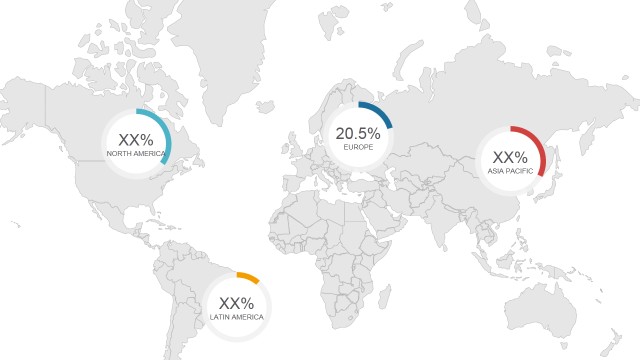 Asia Pacific is the largest market for ethanolamines in the past and the trend is expected to continue in the following years due to large amount of domestic consumption in various end use industries, coupled with cheap production cost and rapid economic growth across the region. North America is also expected to witness significant growth due to its large applications in gas sweetening and cleaning process in various downstream process industries. For instance, North America is experiencing wide exploitation of shale gas reserves, which in turn is increasing the supply of natural gas in the region and consequently results in increase the demand for ethanolamines in the treatment of natural gas.

Demand for cosmetic and personal care products is burgeoning on the back of increasing inclination of the masses towards aesthetic appeal, which in turn is augmenting demand for ethanolamine, as it finds large application in the manufacture of various fatty acids amides which are used in various cosmetic products. Also, ethanolamines are used as intermediates in the manufacturing of corrosion inhibitors, water soluble lubricants, emulsifiers and biocides.

According to the stats provided by Coherent Market Insights, in 2016, the surfactants was the largest application segment in global ethanolamines market in 2016 and the trend is expected to continue in the following years. Surfactants are widely used chemicals industry as well as in household purposes. For instance—

Asia Pacific dominated the market in 2016 and the trend is expected to remain the same during 2017-2025. The increasing demand for ethanolamine derivatives in various end-use industries such as agriculture, refinery, and construction chemicals due to low production cost of ethanolamines in China and India over following years is the major driving force to position Asia-Pacific as the largest and fastest-growing region in the global ethanolamines market. Moreover, Latin America market is expected to experience a second highest CAGR of 4.3% in terms of volume, during the forecast period. Propelling growth of shale gas exploration in North America is in turn leading to major rise in production of natural gas is expected to augment the market of ethanolamines during the forecast period. As ethanolamines are used in various gas sweetening and cleaning process in downstream petroleum industries.