The global Marine Propulsion Engine market was valued at US$ 35.13 Bn in 2021 and is forecast to reach a value of US$ 46.82 Bn by 2030 at a CAGR of 3.3% between 2021 and 2030. The Marine Propulsion Engine market is experiencing strong growth due to rising demand for maritime transport and rising trade volumes in cargo vessels. However, strict environment rules and regulations globally is expected to hamper growth of the market. The the market is segmented into engine type, application type, ship type, and region.

Among regions, North America is expected to gain highest share over the forecast period in the global Marine Propulsion Engine market due to rising CO2 emissions and consequent strict regulations in the region.  The region forecasts to force marine engine manufacturers to develop engines that are capable of fulfilling the US EPA New Source Performance Standards (NSPS). Furthermore, growing seaborne trade will encourage key players in the market to introduce new products to attract new end users, which is expected to augment the growth of the global marine propulsion engine market in the region.

Furthermore, Europe is also expected to witness robust growth in the global Marine Propulsion Engine market in near future as Germany is oriented toward foreign trade and has a robust and internationally competitive maritime sector. Furthermore, active shipbuilding activities and government expenditure in R&D activities in accordance with players spending to develop eco- friendly marine engines is projected to propel the growth of the global marine propulsion engine market. For instance, In December 2018, the German economy and energy minister declared that the German government set aside 45 million euros for research in zero-emission ship engines to make a noteworthy contribution to the energy transition at sea. 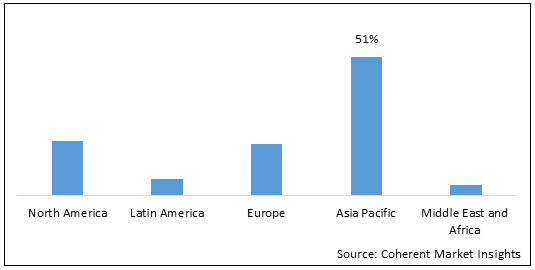 Trade growth is regarded as one of the hallmarks of the global economy in current decades, and maritime transport is the backbone of global trade. Maritime trades initially influence the marine propulsion engine market. With the increased supply chains and opening of new markets, maritime transport has been a catalyst for the economic development of nations globally. Around 90% of global freight is seaborne. As a result, countries heavily depend on ship port infrastructure to serve their intercontinental trade which is expected to drive the growth of the global marine propulsion engine market

The rise in demand for maritime transport past few years has led to a subsequent expansion in the number of imports and exports globally. With globalization taking place in the heart of many economies, there are accelerating chances of internationally trading goods offering a superior range of accessible products at various prices. For instance, the EU holds for over 15% of the world’s trade in goods, and import tonnage steadily raised by 5% until 2020.

Many companies are coming together to develop new technologies for shipbuilding, such as artificial intelligence (AI), unmanned intelligent ships, and eco-friendly technology which is expected to offer lucrative opportunity in the growth of the global marine propulsion engine market. For instance, in May 2020, China Shipbuilding Corporation and DNV entered a joint agreement to advance new generation ships and offshore engineering. The combined entity, China Shipbuilding's Dalian Shipbuilding Industry Company (DSIC), may work on a Research & Development project for the growth of a new smart ship.

The researchers are employing the latest technology for the production of autonomous ships and vessels that can be utilized to gather data where there is less necessity for humans. This factor is anticipated to fuel the growth of the global marine propulsion engine market. For instance, in September 2020, ProMare, a non-profit corporation that promotes marine research and exploration, and IBM declared the completion and establishment of the Mayflower Autonomous Ship (MAS).

Decrease in carbon emission is the focal point for many shipbuilders in the present situation, as chief shipbuilders are spending in cleaner technologies to achieve the goal of zero emissions from operations. This is expected to act as a key trend in the global marine propulsion engine market.

Engines are now becoming progressively effective, as governments across the world are committed to make the marine industry emission-free. Shipbuilders worldwide are also adopting eco-friendly engines in new vessels to cater the new demand from the market which is anticipated to boost the growth of the global marine propulsion engine market. For instance, in July 2019, MAN Energy Solutions, Daewoo Shipbuilding & Marine Engineering (DSME), and HSD Engine (HSD) partnered on a project to digitize ship engine systems.

Despite of a temporary dip in carbon dioxide and other greenhouse gas emissions occurred due to the COVID-19 pandemic, the world is still heading toward a temperature rise in excess of 3°C which is anticipated to hinder the growth of the global marine propulsion engine market.

As per IMO emission necessities, shipping companies faced with low earnings and uncertainties regarding compliance with the norms and delayed placing orders for new vessels. Further, the new regulations will require exchanging some of the existing fleet which will need significant costs upon the operators. This is expected to hamper the growth of the global marine propulsion engine market. 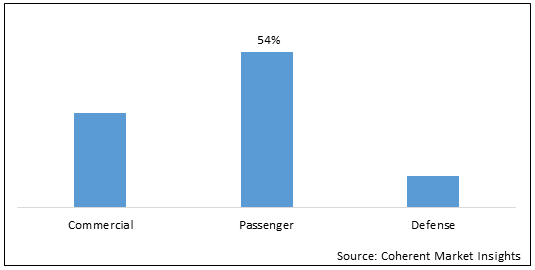 Based on the engine type, the market is segmented into diesel, gas turbine, natural engine and other engine types. Out of which the Gas Turbine Segment is expected to dominate the market over the forecast period as gas turbines offer various benefits over reciprocating engines, including higher power density, lower emissions, and ease of maintenance. The simplicity of direct propulsion and the higher efficiency is offered in that configuration by reciprocating engine.

The Natural Engine Segment is also expected to witness robust growth in near future, as many companies are constantly introducing these effective natural engines in the market. For instance, in January 2021, Rolls-Royce declared the supply of two MTU 16V 4000 M55RN gas engines to the Singapore-based marine company Sembcorp Marine. The engines are supplied to construct the first LNG-hybrid-powered ship.

Based on application type the market is segmented into passenger, commercial, and defense. Out of which Passenger Segment is expected to dominate the market over the forecast period as LNG is undergoing a radical shift as it is operated in an eco- friendly ferry, tug, and other PSV operations, even though it is less popular as a fuel for commercial vessels in the passenger ships.

The Defense Segment is also expected to witness robust growth in near future due to the rise in geopolitical tensions and maritime disputes between several countries propelling the procurements of naval vessels in Defense.

Based on ship type the market is divided into container ship, tanker, bulk carrier, offshore vessel naval ships and passenger ships. Out of which Container Ship Segment is expected to dominate the market over the forecast period as Containers have been observing rising demand from the shipping and logistics sectors across the globe. Dry containers reflected maximum market share in the global shipping containers market. The world container fleet also progressed by 5% in 2019 and is projected to grow at a steady rate.

The Tanker Segment is also expected to witness robust growth in near future Tankers refers to oil tankers that mainly carry crude oil and its by-products. Thus, tankers are largely prejudiced by the changes taking place in the oil industry. In 2019, oil tankers recorded the second-highest level of ship deliveries, representing over 20% of total gross tonnage.

In July 2021, Caterpillar chose to phase out production of its medium-speed diesel engines, and the decision affects production plants in Kiel, Germany and in China. The division's product lineup comprised main engines of up to 16,800 kW in power, with HFO, natural gas and dual-fuel powered options available.

In July 2020, The US Department of Transportation’s Saint Lawrence Seaway Development Corporation (SLSDC) declared it had taken delivery of its new 118-foot icebreaking tug, the Seaway Guardian, in Massena, NY Built by Gulf Island Shipyards in Houma, LA, the vessel is fueled by a pair of EPA Tier 4 compliant Caterpillar Marine engines.

The global marine propulsion engine market is highly competitive. This is attributed to continuous launch of new technologies due to ongoing R &D and efforts by value chain participants. Moreover, key players are adopting various business growth strategies in order to expand their presence on regional as well as global basis. Some of the key players in the global marine propulsion engine market are:

*Definition: Marine propulsion is the mechanism or method utilized to produce thrust to move a ship or boat through water. While paddles and sails are still utilized on some smaller boats, most modern ships are fueled by mechanical systems comprising of an electric motor or engine turning a propeller, or less frequently, in pump-jets, an impeller.

Marine propulsion engine system is the most commonly used as diesel engine system which converts mechanical energy from thermal forces. Diesel propulsion systems are mostly employed in almost all types of vessels along with small boats and recreational vessels.

On contrary, the power output and efficacy of diesel engines are far to be matched with any other fuel type currently. Still, the entrance of marine engines and advancement and enhancement in other engines is projected to hamper the growth of global marine propulsion engine market.

Increasing containers and dry bulk trade are fueling the growth of the market.

The Passenger segment is the leading component segment in the market.

Strict rules and regulations across the globe is a restraining factor on the market.